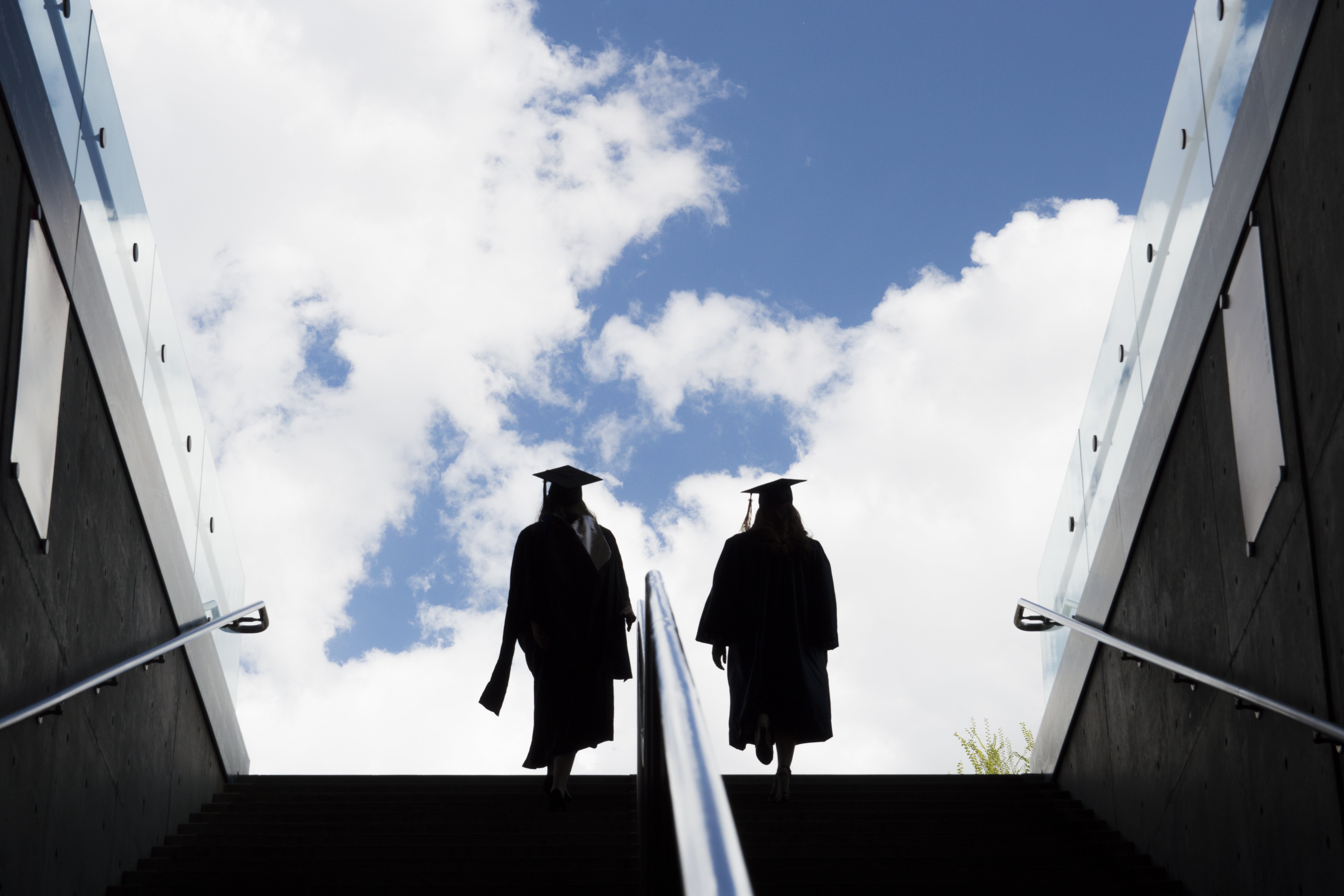 We tested 1,600 Americans on their knowledge of higher education finance. Americans were asked how much students, states, and the federal government chips in to cover the costs associated with obtaining a college degree. Here's what they said, and what we know.

Test Your Own Knowledge

More students from minority backgrounds go to college today than ever before, and data from the Department of Education’s Diversity Report suggests this trend will continue as the U.S. population becomes more diverse. However, this has not translated into an increased amount of aid given to these students, as many Americans seem to understand. Although students of color (especially African American, Latino, and Native American) are more likely to be the first in their families to attend college and are disproportionately low-income, they do not receive the most financial aid.

Interestingly, however, younger Americans ages 18 to 22 and current students are more likely to believe that students from minority backgrounds receive the most financial aid (57 percent and and 49 percent respectively). Today’s students are attending colleges in the midst of intense debates about the role of diversity and equity in higher education. Over the last few years, for example, there have been incidents of racial discrimination on campuses and subsequent student activism to bring light to these issues. There has been public and legal pushback against policies like affirmative action.

These activities have certainly heightened students’ awareness about racial injustices often faced by minority students. One hypothesis for why current students and Generation Z may believe students from minority populations receive the most aid is that the youngest Americans and current students could be projecting how they believe financial aid should work: that it goes to low-income, first-generation students, many of whom are of color. The actual distribution of aid, however, is more complex.

Whatever the reason, rising costs across the board have not necessarily translated to students paying for a greater share of their education. For students attending public institutions, most pay about half of the total costs of their education, while those at community colleges pay less than one third. In percentage terms, the share of education costs paid by students has either declined or stayed relatively constant between 1996 and 2012, regardless of the institution type.

While many sources of aid flow directly to students, others are distributed to the schools they attend, or are distributed through tax deductions and credits, making these financial supports less visible to students and the general public. At the same time, tuition costs have continued to rise, making it tempting to attribute this rise to declining government support. In some cases, this may be true. However, it is also the case that the costs of providing higher education are increasing across the board, meaning that even if the total government resources are rising, students and families may still have to contribute more. A 2016 study by New America evaluated the share of funding from all potential sources with respect to the total costs of providing education, including institutional expenditures and student living costs. Our analysis found that while per student funding has dropped at the state level, federal aid has more than offset this decline, particularly for low- and middle-income students. Yet in inflation-adjusted dollar terms, students and their parents are still paying more than they were 20 years ago.

The reasons for this increase are hotly debated. Many have argued that the reason for rising tuition is actually the increased availability of federal financial aid. Somewhat paradoxically, this reasoning contends that the additional federal resources —such as Pell Grants and student loans—coupled with the well-publicized economic returns of a college degree, has enabled institutions to raise their prices in response. Others have suggested that costs have increased for less pernicious reasons: because the cost of hiring and retaining faculty and administrative staff has risen, with no comparable savings stemming from the rise of online and other innovative delivery models, the overall costs of providing education have gone up. In such a scenario, even as federal grants and tax credits rise, it may not be enough to keep pace with the higher costs of providing education, and tuition may need to rise as a result. Still others have put forth that the reason for increasing costs in higher education is the rise of luxury amenities that have increased living costs at many of the most expensive private schools.

58 percent of Americans believe government pays less than half of costs involved in higher education.

44 percent of Americans believe states have increased their spending on higher education in the last 10 years.

Although tuition has increased for a number of reasons, state disinvestment has certainly had an outsized impact on the amount students and families must contribute to pay for a college education. While the federal government may be helping foot the bill, in the form of grants and other aid, students and families ought not be fooled—state disinvestment has had a measurable impact on college pricing.

Since 2006, average tuition at public colleges and universities has risen by 35 percent (all figures calculated using State Higher Education Executive Officers Association data). Students and families across the U.S. are intimately aware of this skyrocketing tuition, which has left many of them reliant on loans and grant aid to afford college. However, it’s unclear to many what primarily is driving these growing prices.

Nearly half of respondents in New America’s annual survey said that they did not believe states have cut funding to higher education in the last ten years. In other words, despite higher tuition bills at their colleges and universities, many Americans are not convinced that state legislatures are necessarily to blame.

States’ financial retreat from their higher education systems in recent decades has not been consistent. For example, after adjusting for inflation, state legislatures across the U.S. have eliminated a combined total of more than $1 billion over the last ten years from their higher education budgets. But some states have cut much more than others, and contrary to general trends, a few have even increased their level of investment. Given the variances in how each state responded to the financial aftermath of the Great Recession in 2009 and the lack of clarity about how resulting state budgets have affected the college pricing, Americans’ perception about state higher education funding is partially understandable.

A total drop of about 1.2 percent—from $91.6 billion in 2006 to $90.5 billion in 2016—may not seem like a large reduction at first glance, but this figure masks a much more consequential erosion of state support to higher education—especially when evaluated on a per-student basis. Over the past ten years, national enrollment in higher education has grown by over 1.2 million in tandem with modest decreases to states' higher education budgets. When the economy slumped, more people entered higher education to retool and compete for employment in a tough job market. These spikes in enrollment have effectively led to a much larger 12 percent cut to per-student spending.

45 percent of Americans believe the federal government has increased its spending on higher education in the last 10 years.