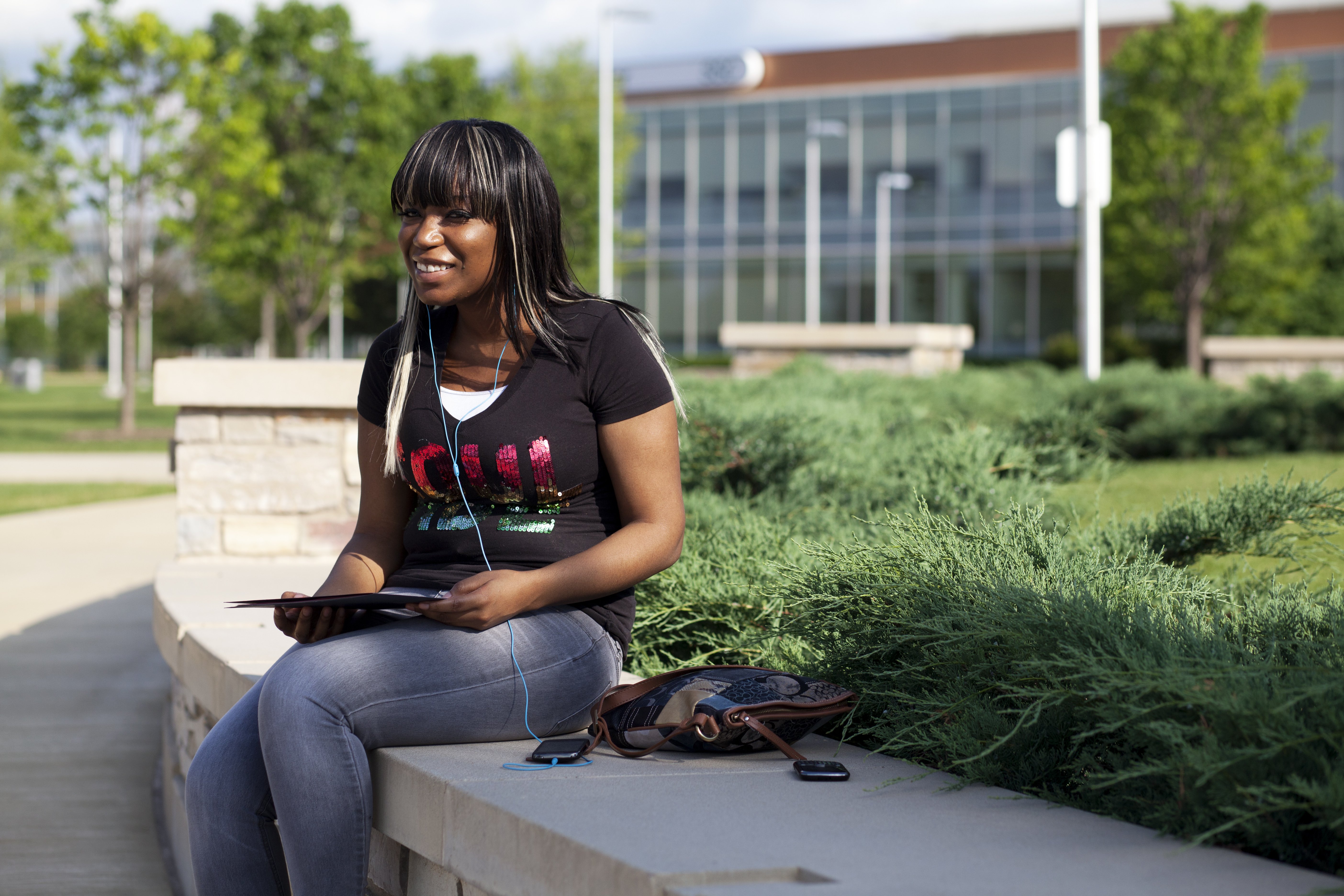 From a young age, Megan wanted to be an artist. But even as early as middle school, she realized that it would be difficult to make a living that way. So, she turned her attention to pursuing a career working in a museum. Megan interned at a prestigious art museum while in high school. She enjoyed the experience so much that in college she landed more internships and museum work experience and became more certain of her career choice with each passing year.

In the months before she graduated from a small, private liberal arts college in the spring of 2008, Megan began to search for jobs in her field and found a few leads. But as summer came, with the Great Recession taking root, the leads dried up. Her dream career started to feel further and further out of reach. Meanwhile, Megan, who grew up in a moderate-income family, had taken on a significant amount of debt to pay for college. As her student loans became due, she took a job at a chain craft store, framing artwork. She later took part-time work in a museum, and, in addition, at an historical society, and at a local library. It was not until she was 28 that she got a full-time job in an art museum as an attendant, basically a security guard who monitors the various collections. It is not the job she dreamed about, but it is a job that provides a decent salary and benefits.

Megan is part of generation that did everything “right” but landed in the labor market during a financial crisis, when jobs were disappearing. “I never pictured living in a penthouse apartment in New York City even in my wildest dreams as a kid, but I never imagined I’d be living in an apartment with roommates at 28,” she says. “I think a lot of Millennials are dismissed as being whiny and entitled, but many of us have put ourselves into crippling student debt just to have a similar opportunity as our parents and we still find ourselves struggling to get a foothold in the middle class.”

Megan is right: it is getting harder to achieve the American dream. According to research led by Raj Chetty, an economist at Stanford University, it is becoming, with each passing generation, less and less likely that children will earn more than their parents. In fact, the decline in economic mobility has been steep. Over 90 percent of children born in the average American household in 1940 made more money than their parents. But only half of Millennials, many of whom were born in the 1980s and entered the workforce during the Great Recession, will earn more over their lifetimes than their parents.

Megan realizes that without her college degree she might be facing an even harsher reality. “It’s easier to be successful with a college degree than without,” she says. “In my personal experience, I’ve seen people who would otherwise qualify be overlooked when applying for jobs because they have no college experience.”

In the long term, according to David Autor from MIT, getting a college degree, even when accounting for the increase in college costs, still pays off with regard to lifetime earnings. However, not nearly enough students enroll in some type of education beyond high school, and many students who start programs do not finish. Data from the U.S. Census Bureau’s Current Population Survey reveal that in 2013, only 66 percent of high school graduates enrolled in college right after graduation. And according to U.S. Department of Education statistics, just over half of first-time, full-time undergraduates manage to obtain a bachelor’s degree within six years.

In the new post-recession economic reality where most jobs go to those with postsecondary degrees, ensuring that low-, moderate-, and middle-income adults have access to affordable, high-quality higher education is fundamental to helping to increase or maintain middle-class economic mobility.

Americans of all generations seem to understand this. In the winter of 2017, New America commissioned a survey of the general public ages 18 and older to better understand perceptions of higher education and economic mobility. The results show that people are aware that the American Dream is increasingly out of reach. They recognize, however, that higher education is an important social good. Not only do individuals with a college education make more over their lifetimes, but a more educated populace benefits society in multiple ways, including by increasing tax revenues and lowering unemployment.

In this report, we explore this pessimism about the American Dream, the undelivered promise of American higher education, and the value of public colleges and universities. Although we explore opinions across multiple demographics, our report provides an opportunity to understand how the opinions and knowledge about higher education of older generations compare to Millennials and their even younger counterparts, Generation Z.

Rachel Fishman is the acting director with the Education Policy program at New America.