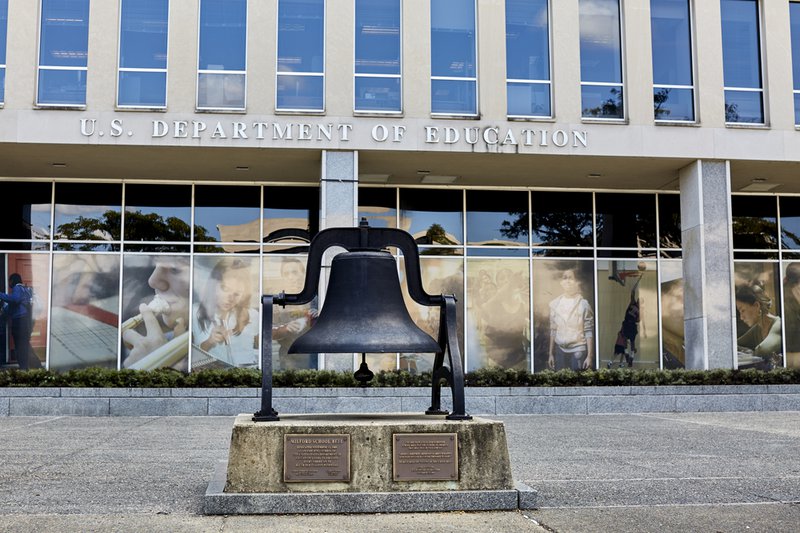 Update 5/23/2017, 4:30 PM: This post was updated to reflect that both HBCUs and MSIs largely avoided any budget cuts.

The Trump administration today released its full fiscal year 2018 budget request to Congress -- and it has particularly harsh implications for low-income college students and families. While the budget request is typically largely ignored by lawmakers and no doubt destined to collect dust on a shelf somewhere, it nonetheless can serve as a list of offerings to Congress for future budget cuts; and it details publicly the Trump administration’s priorities. With a $22 billion increase to defense spending offset by a $57 billion cut to non-defense spending (including an overall 13 percent--more than $9 billion--cut to the Department of Education), it seems clear those priorities don’t lie with low-income students.

One of the largest missed opportunities in the budget, for instance, is an extension of a policy that linked the size of the maximum Pell Grant award to inflation, allowing it to grow each year and helping to maintain the value of a Pell Grant as college costs and living expenses continue to rise. That policy is set to expire this year, meaning the Pell Grant’s purchasing power will continue to dwindle unless Congress explicitly plans for an increase. (It won’t.) But despite over $100 billion in savings to student loan programs in the budget, Secretary DeVos wouldn’t divert those dollars to this important policy that benefits low-income students. Instead, the Trump Administration would reallocate them to the defense budget and to overall savings.

Nor does the budget seek to offer any other proposals to make college more affordable, increase access for low-income and underserved students, or improve college completion rates or other student outcomes. There’s no accountability plan, no incentives for colleges to improve, and not even a commitment to providing students and their families with better data to help them make smart choices about where to go to college. In short, there are deep cuts made to federal financial aid programs, but there’s little to cheer--no positive vision for improving higher education or helping more people to earn high-quality college degrees.

All told, the White House reports that budget cuts add up to $143 billion in savings through the student loan programs alone. But while the cuts Secretary DeVos proposes to make within the Department of Education are the low-hanging fruit of budget money--if you were looking for $100 billion or more in cuts, these would be the first places to look--they’re also seemingly unnecessary and excessive. The dollars aren’t reinvested into any student aid programs, or diverted to pay for key accountability efforts. Instead, they go simply to savings, and to increasing the budget for defense spending. Here’s who would lose most from those deep cuts:

Not everyone had it quite as rough. Though “lucky” is a relative term in a budget with such deep cuts to higher education, some groups certainly made out better than others in the request. The biggest winner of all remains the defense industry, which saw proposed increases of billions of dollars in their own budget. But within the higher education space, the more modest winners include, for instance:

All in all, this year’s higher ed budget request tries to make the case for slashing-and-burning all but the most essential programs--and even those rarely got more than last year’s funding. No doubt, Congress will reject these cuts, which would have massive implications for their constituents and for the economic future of the country. But it’s hardly inspiring to know someone with such a bleak vision for higher education is at the helm within the U.S. Department of Education.