Bipartisan Group in Congress Seeks to End the College Blackout 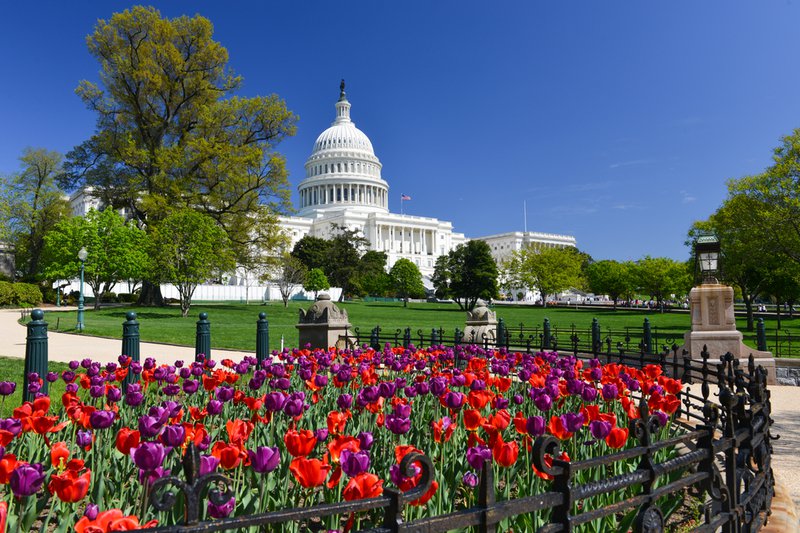 Update 5/17: Just a day after the bill was introduced in the Senate, bipartisan members of the House Education & the Workforce Committee--Reps. Paul Mitchell (R-MI) and Jared Polis (D-CO)--introduced the bill in the House. This bipartisan, bicameral bill is beginning to pick up steam. Check back with EdCentral for updates in the weeks and months to come.

A recent survey from New America showed that nearly three out of four students enrolled in college today believe the higher education system is not “fine as it is.” Part of that may be because students are largely in the dark when it comes to making one of the most important--and most expensive--decisions of their lives. A bill introduced today by a bipartisan group of senators on the Senate Health, Education, Labor, and Pensions (HELP) Committee would go a long way toward ensuring students have access to high-quality, comprehensive information to help them choose where to go to college.

The College Transparency Act, introduced by key bipartisan members of the Senate Health, Education, Labor and Pensions (HELP) Committee Sens. Hatch (R-UT), Warren (D-MA), Cassidy (R-LA), and Whitehouse (D-RI) today, seeks to tackle many of the deficiencies of the higher education system that keep students, families, and policymakers from answering essential questions about the outcomes particular institutions offer to their students.

One of the most important of those questions is, “How likely is it that a student like me will graduate on time from a particular college or university?” Only about 60 percent of traditional students at four-year institutions graduate within six years, and only about a third of those at two-year colleges finish within three. Students who take longer to graduate rack up more debt and reduce the chances they’ll ever manage to finish; and those who drop out before graduation day face higher rates of unemployment, lower typical earnings, and are more than three times as likely to default on their loans.

Students looking to answer that question today are largely out of luck. The graduation rates that Congress requires colleges to report to the Department of Education include only full-time students who have never been in college before. But “first-time, full-time” students aren’t the bulk of today’s college students, meaning that the official graduation rate leaves out many students--even most students at some schools.

Students also want answers to questions about how going to college will affect their career prospects. According to a nationally representative survey from New America, the reason that nine out of 10 college students go to school is to increase their employment or earnings--yet it is almost impossible to get high-quality, reliable, comparable data on how students fare after school when they graduate from a particular program.  While the Department of Education did recently start calculating typical earnings for students at each institution, its figures exclude a fair number of students--those who don’t receive federal financial aid. Non-federal aid recipients make up nearly a third of all students; and at community colleges, it’s nearly 40 percent. So at those schools, the earnings data don’t even include a sizeable portion of the population, making it hard to use the information to inform student choice.

And while students are operating largely in the dark about critical college outcomes, colleges are drowning in red tape. Colleges and universities collectively spend about a million hours a year reporting dozens of not-terribly-useful and often duplicative data elements to the Department of Education. It’s the worst of all worlds: tremendous burden on institutions, but few answers to critical questions about how well particular colleges and programs are serving students

Why can’t we answer these questions? Because of an outdated law that prevents the Department of Education from using already-collected data to better understand how particular institutions are serving their students

Since that law was passed, however, demand for better information has skyrocketed. And the increased demand is coming from everywhere: from students and families looking to make informed decisions about where to spend their time and money; from schools trying to understand how well their students fare after they leave while working to minimize time reporting duplicative data; from states looking to study how well their schools are serving the needs of the students and the workforce; from employers looking to understand which programs are best preparing students for the workforce and meeting their needs; and from federal policymakers looking to reduce burden on colleges and measure whether hundreds of millions of taxpayer dollars are being well spent. Even the higher ed lobby is demanding a change: All of the major groups that represent public institutions, including community colleges, state flagship colleges, and regional public four-year colleges--which collectively serve nearly 75 percent of all undergraduate students--want to change the law.

In 2011, Sen. Ron Wyden (D-OR) introduced a bill called the Student Right to Know Before You Go Act. The bill went through several iterations and picked up key co-sponsors along the way, most notably Senator Marco Rubio (R-FL), who made it part of his presidential campaign platform. The most recent version created an exception to the ban to provide information about outcomes to students. And although it was not taken up by the HELP Committee, it started a much-needed conversation and process that brings us to today’s introduction of the College Transparency Act.

Students and families deserve to have accurate information on college costs, graduation rates, and their likely opportunities in the workforce to help them make informed decisions. Colleges and universities should spend their time helping students, rather than re-reporting data the federal government already has. In a time of extreme partisanship and division, The College Transparency Act is a welcome bipartisan stand for better information for students and against against unnecessary burden for institutions. Colleagues of Senator Alexander (R-TN), chair of the HELP Committee, have led the way. Will he join them?

Click here to read about the privacy protections in this bill from New America's Open Technology Institute.