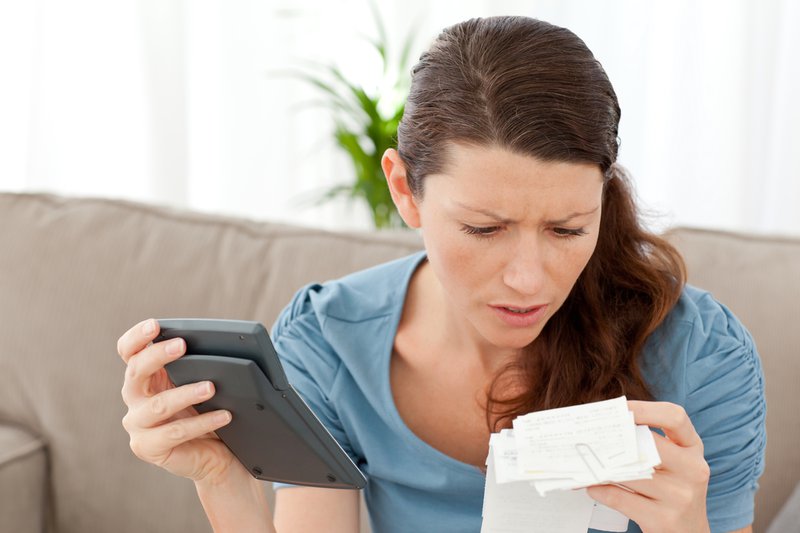 Many critics have sounded the alarm on expensive graduate and professional degrees that are neither necessary nor worthwhile in terms of increased salary and job placement. But consider that for many students who pursue a master’s in education, the federal government will finance the entire cost, without limit, including all living expenses during enrollment. That’s one of the findings from our new paper out today, Zero Marginal Cost: Measuring Subsidies for Graduate Education in the Public Service Loan Forgiveness Program.

The paper presents an analysis of the benefits that the Public Service Loan Forgiveness (PSLF) program provides to graduate students—and the schools they attend. It shows the point at which students pursuing various careers could borrow more in federal loans without having to pay more during repayment. It also shows how those debt levels compare to what students are already borrowing to attend graduate school.

We conducted our analysis using income projections in 10 different professions for individuals who hold graduate and professional credentials. While some of these professions are more likely than others to align with qualified employment under PSLF, the definition of qualified employment is very broad and the nature of the job is irrelevant for eligibility. Employment at any 501(c)(3) tax-exempt nonprofit qualifies, as does any government position (state, federal, local, and tribal).

We then calculated what borrowers with these income profiles would repay on their federal student loans if they used IBR and PSLF using combined undergraduate and graduate debt levels at low, typical, and high levels as reported in the U.S. Department of Education’s National Postsecondary Student Aid Survey for 2012. Most importantly, we calculated the point at which a borrower with a projected income in a certain profession could borrow more in federal student loans but not have to repay any of it—all remaining debt would all be forgiven. We call this the Zero Marginal Cost Threshold (ZMCT).

The results suggest that the most recent version of IBR and PSLF provide benefits that are large enough that it could become common for the government to pay for a student’s entire graduate education via loan forgiveness under PSLF, especially in some professions, like K-12 teachers. That is because the debt levels at which borrowers bear no incremental cost in borrowing more when using IBR and PSLF are low relative to what many graduate and professional degrees cost and to what students already borrow in federal loans. Even typical levels of debt will result in substantial amounts of loan forgiveness for borrowers earning more than most of their peers.

For example, teachers, social workers, and speech pathologists who go on to earn at the 75th percentile of their peer groups reach the ZMCT before they have accumulated $32,000 in federal loans. That is well below the median amount of debt students accumulate when pursuing master’s degrees for those fields (of those who borrow). For most of these borrowers, then, the marginal $5,000 or even $20,000 they borrow beyond a $32,000 balance is effectively grant aid. Similarly, lawyers who earn median wages for their age cease to incur incremental costs in borrowing once their loan balances hit $54,500. Well over three-quarters of today's law school graduates who borrow accumulate more than $54,500 in federal debt by the time they leave school. More importantly, the ZMCT equates to only about one year’s tuition and living expenses for law school, implying that the remaining two years of costs could be borne completely by the government through loan forgiveness. 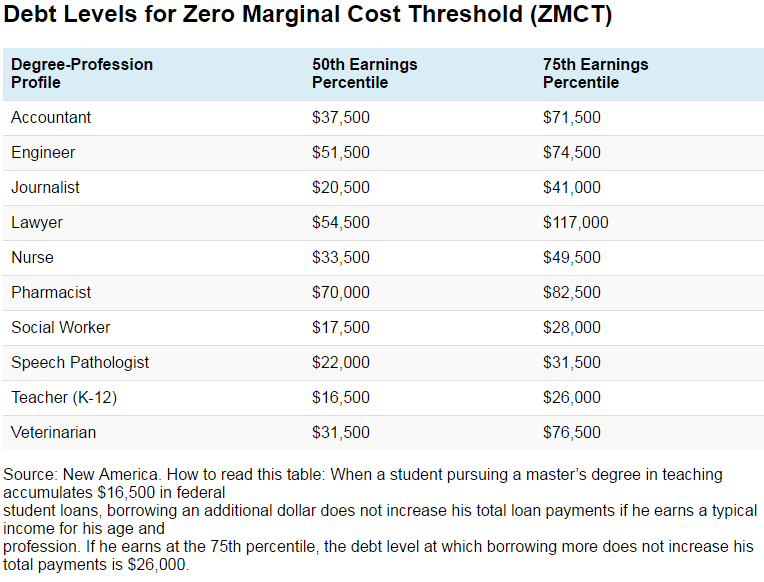 These findings imply that Income-Based Repayment and PSLF provide a clear incentive for graduate and professional students to borrow more rather than less, particularly for some professions. It may also factor into graduate students' decision as to whether to attend a questionably useful graduate program and decrease their price sensitivity, allowing institutions to charge higher tuition, especially for certain programs like healthcare, social work, education, and government, where borrowers would go on to qualify for PSLF.

Some form of Income-Based Repayment is a vital option for anyone with federal student loans, but in light of the findings from our analysis, lawmakers would be wise to place greater limits on the benefits and the types of jobs that qualify borrowers for PSLF. At a minimum, lawmakers should cap loan forgiveness under PSLF at $30,000, aligning it with the limit for Pell Grants to low-income undergraduate students. (There is currently no limit.) The federal government should not provide more in loan forgiveness to graduate students than it is willing to provide in grant aid for a low-income student to pursue an undergraduate education.

There is also a case for eliminating PSLF altogether. Because IBR makes any loan size affordable, PSLF isn’t a necessary component of the insurance IBR provides. Rather, it makes IBR do double duty as generous graduate school tuition assistance for those who want to work in non-profit or government jobs—even high-paying ones.