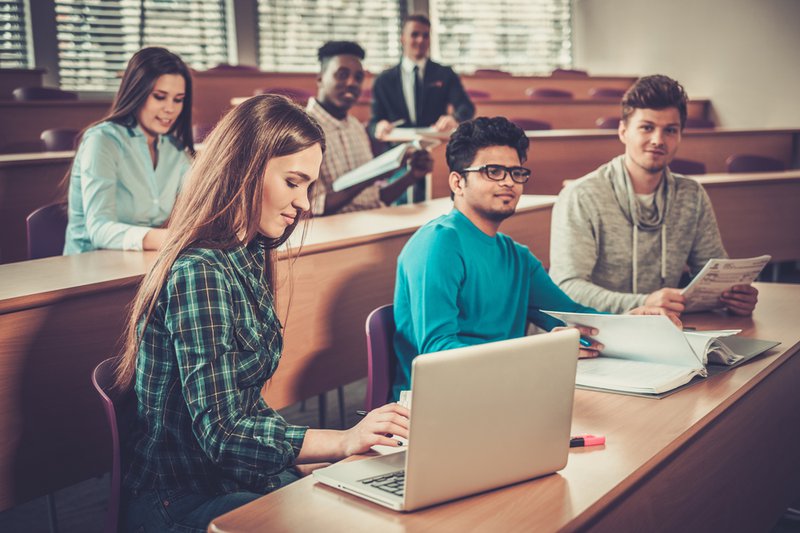 This week, House and Senate Democrats introduced the Pell Grant Preservation and Expansion Act. For the most part, it’s a collection of old-hat policies Democrats have pushed for years to increase access to an affordable college education. And without question, it’s dead-on-arrival (at least as a stand-alone package) in a Republican-controlled Congress. But it contains some gems that might serve as valuable bargaining chips when Congress settles in to reauthorize the Higher Education Act--now four years overdue.

The bill would make Pell Grants available to a wider cross-section of students by upping the income threshold for an automatic-zero expected family contribution (EFC)--which makes borrowers automatically eligible for the largest possible grant--from $23,000 per year to $34,000. That would be a big shift--and a sizeable cost increase--given that over 70 percent of all Pell Grant recipients, including those with the smallest awards, have family incomes of $30,000 or less. But, the bill’s sponsors say, it would restore the income allowance to its would-be levels, had Congress not cut the income threshold in its fiscal year 2012 appropriations bill, when lawmakers faced a severe budget shortfall in the program.

The bill also ups the “purchasing power” of the Pell Grant; today, the maximum Pell Grant covers only 60 percent of tuition and fees at a public four-year college, and only 17 percent at a private nonprofit four-year institution. To increase the amount of tuition a Pell Grant can cover, it would increase the size of the maximum award by $500, bringing the award size for $6,420 for the 2018-19 award year. That’s another expensive proposition, even if it does have the potential to help low-income students cover more of the costs of a college education. And it would adjust the grant for inflation moving forward, a change Congress first made in 2010 but which is set to expire after the current 2017-18 award year. While costly, that’s a reasonable change that helps ensure the Pell Grant keeps pace with fluctuations in the overall economy.

And it would move the entire Pell Grant program to the mandatory side of the budget, rather than subjecting a portion of it to the annual appropriations process. That’s just common sense, since the program is, in fact, an entitlement--anyone who meets the eligibility criteria, gets the grant. Leaving it to appropriators to make an educated guess how many students will qualify in the next year is a recipe for misestimating--and had caused Congress to make cuts to eligibility in years where the costs of the program are higher than they’d like, as with the cuts to the automatic-zero EFC income limit.

Some elements of the bill are a smaller-scale, lower-cost propositions--and might make it into an HEA reauthorization. For starters, it would expand access to Pell Grants for a few disenfranchised groups: incarcerated adults, who were banned from receiving federal financial aid (despite the evidence that education while in prison can help reduce recidivism) in 1994; those convicted of drug-related offenses, who were cut out of the federal financial aid system in 1998; and DREAMers, undocumented students who have never been able to access federal financial aid because they were brought to the U.S. as children. Moreover, a change made in recent years means that students can only receive 12 semesters--6 years--worth of Pell Grants before they run out the clock. For some students, it may take longer than that to complete college, so the bill would increase the limit to 14 semesters (still below the 18 semesters put in place during the 2008 HEA reauthorization). And the bill would mirror provisions for loans that allow discharges of loans in certain cases by restoring eligibility for periods of college attendance at institutions that defrauded their students--as was the case for many Corinthian Colleges students. (The Department of Education recently restored eligibility for students whose schools closed before they could finish, aligning allowances for such students with the closed school discharge option for loans.)

One area of concern, though, is with a provision that would allow short-term training programs access to Pell Grants. At its core, this is an insertion of very narrowly focused job-training programs into the higher education system, where longer-term educational and workforce programs are the mission--a way to get more dollars for training programs through the Pell program, where funds flow more freely. But there are other, more practical concerns, too. Due to long-standing concerns about poor-quality programs offering low-value credentials as a way to bring students in the door and rake in additional taxpayer dollars, there are minimum standards for the length of a program the federal government will pay for with higher ed dollars. Dropping those limits even further creates the potential for abuse of the system by unscrupulous institutions.

To be sure, the bill goes out of its way to protect against such abuses. It limits the maximum Pell Grant for short-term programs to half that of a regular program; continues to require accreditors to approve the program; and sets forth a requirement that any short-term credential meet any applicable state licensure requirements. It also ports over some of the requirements for training programs in the Workforce Investment and Opportunity Act (WIOA), like earnings and employment data reporting; that’s more than we have for most higher education programs. But while these put in place some important guardrails, the risk remains that shady institutions will be unable to resist the temptation of offering short-term credentials of little value on their own, and that the guardrails will prove insufficient to identify and remove bad actors once they’re in the system.

While this bill is not likely to see much progress ahead of an HEA reauthorization, it presents an opportunity for Democrats in Congress to spell out some of their top priorities for the Pell Grant program and set the tone for future negotiations. There’s a lot of good this bill could do to support low-income students who want to enroll in college and launch careers; but lawmakers should be cautious about protecting taxpayer dollars in the process.