If We're Serious About Early Learning, Here's How It Should Look 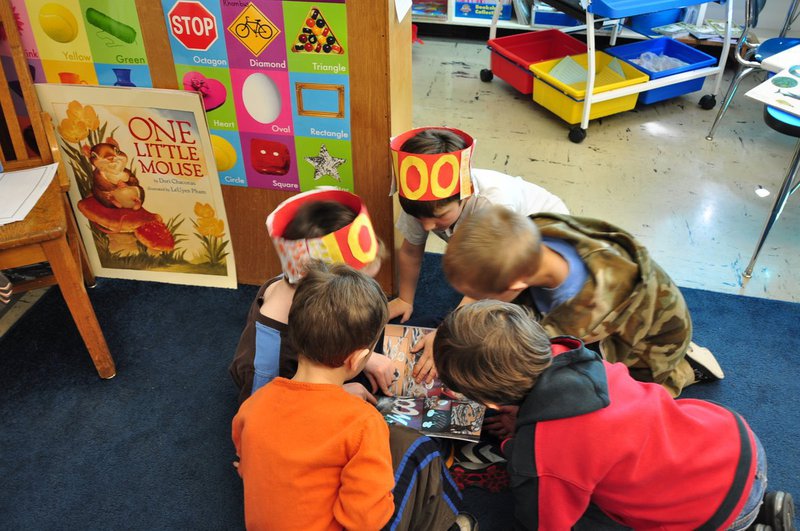 As a new administration and Congress turn to the hard work of legislating, there’s a weighty question on many Americans’ minds: How do we spark lasting change in the lives of ordinary people?

Simple: We start with children and their families.

Anyone who spends time around young children will quickly notice that they are constantly learning. Because their brains grow at a rapid pace during these early years, children are especially impacted by their surroundings. This means the relationships and quality of interactions children experience with their parents, caregivers, and teachers matter—a lot. Positive experiences promote healthy development and learning and lay a foundation for future success. And children who have access to high-quality early care and education experiences are more likely to begin kindergarten prepared, read on grade level by third grade, graduate high school, and go to college, among other benefits.

Yet high-quality programs remain out of reach for millions of American families. As is the unfortunate case with K-12 education, zipcode too often determines the kinds of opportunities children have.

That is why America needs a real early care and education infrastructure.

There have been several attempts in the past to address this issue, but they were short-lived, unsuccessful, or worthwhile but smaller than necessary to fully meet needs. And recent ideas from Congress, the Trump campaign, and cabinet appointees are woefully inadequate. News sources show that the Trump spending plan will point the knife at non-defense programs while increasing defense spending at historic rates. And its tax proposal for child care is directed toward the people who need it the least and doesn't address quality and availability of early learning. Speaker Paul Ryan and Health and Human Services Secretary Tom Price want to devolve all federal power on education policy to the states (many of which historically have not shown the desire, let alone offered the administrative capacity or financing to address inequality in any sustained way), and the prominent conservative Heritage Foundation wants to eliminate the federal role in education altogether.

If we truly are to “enrich the mind—and the souls—of every American child," as President Trump mentioned in his address to Congress on Tuesday, better infrastructure is needed. Here’s our vision for early care and education infrastructure.

Learning starts at birth, and infrastructure for paid family leave is the first piece of the early learning puzzle: a way to support families as they recover, bond, and care for their newborn. Yet only an estimated 14 percent of Americans in the civilian workforce have access to paid family leave, and many don’t even have access to unpaid leave or sick days. The alternative, infant care, incurs astronomical costs, because it requires more teachers with smaller groups of babies and more one-on-one care than does care for older children. The United States is long overdue for creating paid leave infrastructure—the infrastructure that our politicians should be focused on.

Six weeks of maternity leave and Dependent Care Savings Accounts, as Trump proposed during the campaign, are not the answer: These policies would leave out fathers, LGBT and adoptive parents, privilege high income families, and fall far short of the cost of care, which the Care Index estimated at $9,589 per child per year. The new administration should instead look to building inclusive family infrastructure that offers at least three months (ideally six for each parent) of gender neutral, job-protected leave with high wage replacement rates, especially for low wage workers. The FAMILY Act proposes a national social insurance system paid for, like Social Security, with a small payroll tax.

When parents are ready to return to work, they need accessible, affordable, safe, high-quality options for their young children, especially when they are infants and toddlers. The federal child care investments are primarily delivered through the Child Care and Development Block Grant (CCDBG), which subsidizes the cost of care for the very poor. The recently reauthorized law requires newly expanded health and safety measures, but they only apply to centers receiving subsidies, and do not address the quality of care, adult-child interactions, or whether there are enriching environments to help healthy child development. And the funding associated with CCDBG, which will largely go toward implementing the new health and safety measures, leaves little to no money to train teachers. More, not less, federal investment is needed to ensure all families have safe, affordable and high quality care available to them—no matter if parents work nights, weekends, or in isolated rural areas.

It hasn’t been all bad, though. There is one program where the federal government does place a much-needed emphasis on quality: Head Start. Head Start aims to provide high-quality early education and care to almost one million children from families in poverty each year. Research has shown its benefits stretch into adulthood—even into the next generation—and its standards were updated just last fall to better align with what the latest research says about environments and strategies that work best for young children. Yet due to funding constraints, Head Start only serves a small percentage of the nation’s pre-K students.

While Trump has been silent on Head Start, Health and Human Services Secretary Tom Price, who will oversee the program, has advocated for directing Head Start funding directly to states instead of to individual local grantees, giving states more control over the program. Speaker Ryan also argues for state control of Head Start, and the Heritage Foundation wants to cut federal funding for early learning entirely.

Giving states more control over Head Start isn’t inherently bad policy, but doing so without strong quality and equity provisions in place and inadequate funding could be disastrous. Instead of cutting federal funding and just hoping that states control for quality, federal policymakers should be helping states expand access to high-quality pre-K for all families. Public education arbitrarily begins at kindergarten, even though we know that children are learning long before that. Universal pre-K for three- and four-year-olds would not only help prepare children for kindergarten, but it would also reduce family's financial burden.

And last, policymakers must recognize that it is impossible to provide quality care without a strong workforce. Too few teachers and caregivers have access to preparation or training that equips them with the knowledge and competencies they need to engage with young children. It’s also difficult to attract and retain effective teachers when their wages are abysmally low.

Policies should be drawn so that families are seen and treated as partners in their children’s learning. The most effective early learning programs engage and empower parents to support their children’s development. After all, children’s teachers usually change from one year to the next, but their families rarely do. These programs also need to meet the unique needs of our growing dual-language learner population and their families, for whom high-quality early education can be especially beneficial.

It’s not rocket science: Early care and education is infrastructure, a public good in support of American families. Building it will take real investment—not just tax credits and deductions.