Over 30,000 Children to Benefit from Preschool Development Grants 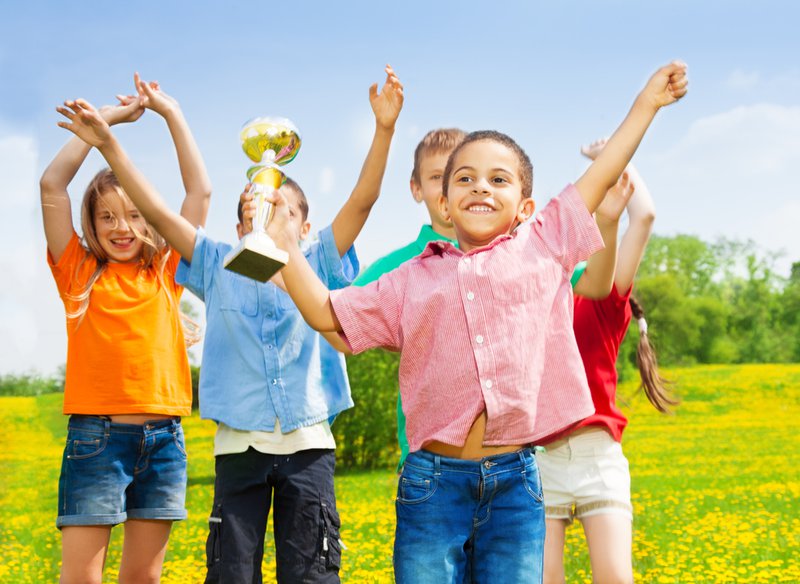 Today is a big day for early education. Not only is the White House holding a Summit in which the President is convening state and local policymakers, mayors, school superintendents, corporate and community leaders, and other stakeholders, but Secretary of Education Arne Duncan is announcing the winners of Preschool Development Grants competition. Alabama, Arizona, Arkansas, Connecticut, Hawaii, Illinois, Louisiana, Maine, Maryland, Massachusetts, Montana, Nevada, New Jersey, New York, Rhode Island, Tennessee, Vermont, and Virginia will share about $226 million to expand access to high-quality pre-k programs.

The Preschool Development Grants program was funded at $250 million through the FY14 omnibus bill in January. The 18 winning states, selected among 36 applicants, plan to reach about 33,000 children in over 200 high-need communities, according to a White House press release. These grants are part of President Obama’s larger initiative to expand all children’s access to high-quality early education.

As we’ve explained in previous posts, the Departments of Education and Health and Human Services, which jointly administer this program, divided the available funding into two sub-grants based on states’ current systems. States serving less than 10 percent of four-year-olds in public pre-K programs were eligible to apply for Development Grants and states serving a larger percentage of four-year-olds or those that had won a Race to the Top - Early Learning Challenge grant were eligible for Expansion Grants. States that had previously won RTT-ELC grants and those that had not were judged separately. (For more on what states were required to include in their plans read our past coverage.)

The map below displays which type of grants states applied for and won.

The Departments designated about $80 million for Development awards, but only awarded a total of $56 million toward these grants, with awards ranging from $2 to $20 million per year for up to four years. Future funding is not guaranteed--it depends on Department budgets and grantees’ progress implementing their plans. (The proposed federal spending billreleased last night does include another $250 million for fiscal year 2015.) Development grants are intended to help states start or expand small, existing pre-K programs, and winners can use up to 35 percent of their award for state infrastructure and quality improvements, such as improving teacher preparation for early childhood educators. According to NIEER’s 2013 Preschool Yearbook, neither Hawaii nor Montana had publicly funded pre-K programs in place prior to this year, so they are essentially starting from scratch. Montana Governor Steve Bullock, who announced a $37 million Early Edge Preschool initiative earlier this year says he is committed to offering universal pre-K for all four-year-olds in the state. Recently, the state board of education also passed new rules to oversee public pre-k programs and early childhood teacher certification. The following chart shows how the winners stack up against one another and the funding levels for 2015.

The Departments originally designated a total of $160 million for Expansion awards, but awarded slightly more in this category -- $170 million overall with grants ranging from $2 to $25  million per year. The Departments planned to award between seven and 12 Expansion Grants and ended up awarding 13. The competition was tougher among Race to the Top - Early Learning Challenge (RTT-ELC) winners-- 18 RTT-ELC states applied and only six won, whereas only nine non-RTT-ELC states applied and seven were awarded grants. Washington State, for example, scored 210.67 out of 230 points, which is higher than the scores of many of the non-RTT-ELC expansion grant winners (as displayed in the chart below). It’s not surprising that more RTT-ELC states would apply for funding and receive relatively high scores since they have already received federal funds to build state-level infrastructure to help them increase children’s access to high-quality early education programs.

The competition’s three competitive priorities also likely played a big role in determining the winners. States could get up to 10 extra points for each of these priorities: 1) contributing matching funds; 2) creating more seamless transitions -- including better connecting supports and interventions, birth through third grade -- for a defined group of children the state planned to serve; 3) commit to using at least 50 percent of its award to create new slots in the state’s pre-K programs that meet the competition’s definitions of high-quality. In total, states could earn up to 30 extra points. States that did not apply with or submit strong plans for all three priorities were less competitive.

One winning state-- Louisiana-- nearly lost the opportunity to win over $2 million this year because Governor Bobby Jindal stalled signing the application until he confirmed that none of the funds would be tied to the Common Core State Standards. Gubernatorial support is essential to the success of these early education plans, and as Sara Mead of Bellwether Education Partners pointed out in a recent post, many of the states that submitted Preschool Development Grant applications elected new governors in the time between submitting their applications and winning the grant. It will be interesting to see how the new governors respond, particularly in Arkansas, Maryland, and Massachusetts, which each elected a Republican governor to replace a Democrat. While there is strong bipartisan support for early education, we’ll have to wait and see if these Governors make it a priority.

As we’ve said before, the Preschool Development Grants program doesn’t just focus on expanding access to state pre-K-- it also places much-needed emphasis on the quality of programs as well as asks states to improve transitions for children across the birth through third grade continuum. As numerous experts have explained today at the White House summit, high-quality early learning can have a dramatic impact on children’s future success and the future of our country as a whole. Today’s Preschool Development Grants announcement is just one piece in over $1 billion of investment in early learning that the White House is announcing. In addition to $750 million in federal grant awards, there will be $330 million from corporate and philanthropic leaders. We are pleased to see this level of investment in early education at the state and federal level and in the private and philanthropic sectors. We’ll be digging deeper into the Preschool Development Grant winners’ applications in the New Year-- so be sure to check back at EdCentral for updates.