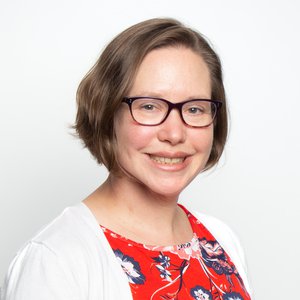 Laura Bornfreund is a senior fellow and advisor on early and elementary education with the Education Policy program at New America. Laura focuses on transforming kindergarten and promoting policy and practice that will strengthen the transition into kindergarten and the early grades of elementary school.

Laura was director of Early & Elementary Education Policy at New America for nearly seven years. During that time she wrote Getting in Sync: Revamping Licensing and Preparation for Teachers in Pre-K, Kindergarten, and the Early Grades. and was lead author of A Toolkit for Effective and Supportive Transitions for Children, Families, and Educators, Support Early Learning in America: Policies for a New Decade, From Crawling to Walking: Ranking States on Birth–3rd Grade Policies that Support Strong Readers, and Beyond Subprime Learning: Accelerating Progress in Early Education. Laura’s work was cited in the seminal Transforming the Workforce for Children Birth through Third Grade consensus study from the Institute of Medicine and the National Research Council in 2015. Laura has written for or her work has been referenced in national outlets and education publications including The Atlantic, Chalkbeat, CNN, Education Week, Hechinger Report, NPR, Pacific Standard, the Washington Monthly, Phi Delta Kappan, Slate, and the Washington Post.

Before joining New America, Laura worked with several policy organizations in Washington, DC, including the Institute for Educational Leadership, The Forum for Education and Democracy, and Common Core (now Great Minds). Previously, Laura worked for the City of Orlando, FL, helping to implement its Parramore Kidz Zone, an initiative modeled on the Harlem Children's Zone. She began her career as a fourth-grade teacher in Orlando. Laura is a graduate of the University of Central Florida and lives with her husband and two daughters in Florida.

A Toolkit for Effective and Supportive Transitions for C ...

A Focus on Teaching and Learning in Pre-K through 2nd Gr ...