Leveraging the bully pulpit and making new investments, the Obama administration has ushered in slow, but notable, progress for young learners 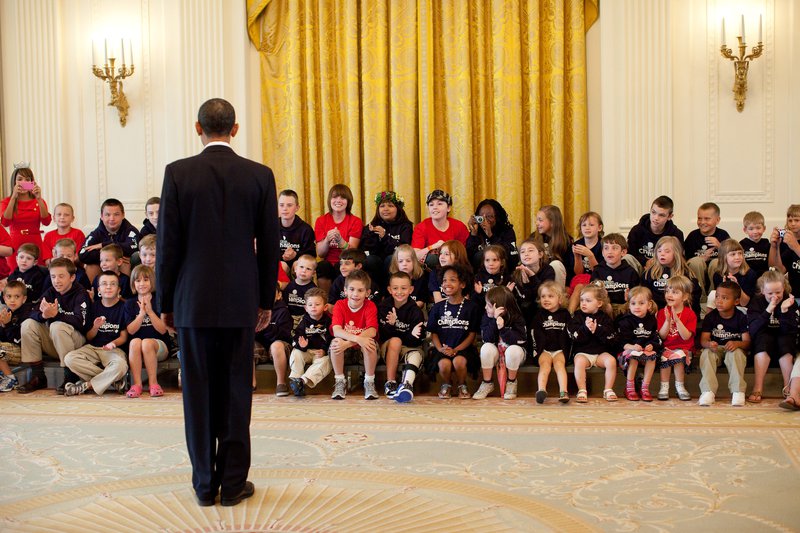 While early learning was arguably overshadowed by K-12 reforms during the Obama administration’s first term, over the course of the past eight years, great strides have been made to improve the quality—and increase the availability—of high-quality early education offerings across the country.

Since 2009, federal investment in early childhood programs has increased by more than $6 billion. Thanks to that funding, thousands more children are being served in state pre-K programs, steps have been taken to improve the quality of childcare, and Head Start—the nation’s largest federally funded early education program—has been overhauled to make it a higher quality, more flexible program. Today, nearly all states provide some funding for pre-K, and state investment in pre-K continues to rise. What’s more, 40 states are measuring early childhood program quality—up from 17 at the beginning of Obama’s administration.

Through the Race to the Top-Early Learning Challenge (RTT-ELC), 20 states have received a combined total of more than $1 billion to improve children’s access to high-quality early learning programs. And for the first time ever, there is a dedicated Office of Early Learning in the Department of Education (ED) — a move that proved to be significant in both symbolic and practical terms. Since its creation in 2011, the office has worked to thread early learning across ED offices and has improved coordination between ED and the Department of Health and Human Services which administers Head Start and other early childhood programs.

Perhaps most importantly, though, the president has used his bully pulpit to lift early education into the national spotlight. This was never more evident than in 2013 when President Obama used his State of the Union address to highlight the promise of early learning. Speaking on perhaps the most prominent stage in politics, the president set the ambitious goal of making high-quality pre-K available to every single child in America. This historic shout-out for early education was followed by the rollout of his “Preschool for All” proposal. While the proposal never gained much legislative traction, for the first time in recent memory, early childhood education became a centerpiece in the national conversation around improving education.

So has the access and quality of early childhood education for children and families improved over the last eight years of the Obama administration? The answer is an unequivocal “yes.”

There is room for debate, however, when it comes to whether the actions and rhetoric of the Obama administration have ushered in the type of sustainable, large-scale improvements that are needed.

While state pre-K programs are serving thousands more children, and while nearly all states now fund pre-K, the percentage of children served has remained relatively flat. Just 41 percent of four-year-olds and 16 percent of three-year-olds were enrolled in publicly-funded pre-K programs in 2015 — an increase of a mere 3 percent from 2008 levels and a far cry from the president’s 2013 call for “Preschool for All” four-year-olds.

And while it is certainly true that more states are investing in their youngest, the state of early education in the U.S., as a whole, is one that remains plagued by significant issues when it comes to quality, cost, and the workforce. The quality of state pre-K programs and other early childhood programs remains extremely varied, the cost of good child care is still far out of reach for most families, particularly low-income families, and the early childhood workforce continues to be severely underpaid.

Further complicating the record of progress, kindergarten and the early grades are still largely ignored in much of federal and state policy and the notion of a birth-through-third grade system — even a pre-K-3rd grade system — as a whole, is still just that, an idea rather than common practice. And as skeptics of large-scale pre-K programs will point out, we still don’t fully understand how best to ensure that the academic benefits of pre-K endure over time.

In short, progress has been made but significant work remains if the U.S. hopes to arrive at a place where its youngest children receive the educational opportunities they need and deserve.

Undoubtedly the Obama Administration did more than those that came before to make children’s earliest years an important part of the national education conversation. By incentivizing state and local investments and creating a national platform for the issue, the Obama administration has unmistakably helped to strengthen the quality and availability of early learning across the country. Still, rather than fundamentally transforming the early education landscape, it may be more accurate to say that the Obama years have laid important groundwork necessary for large-scale efforts in the years to come — should there be future leaders who make doing so a priority.