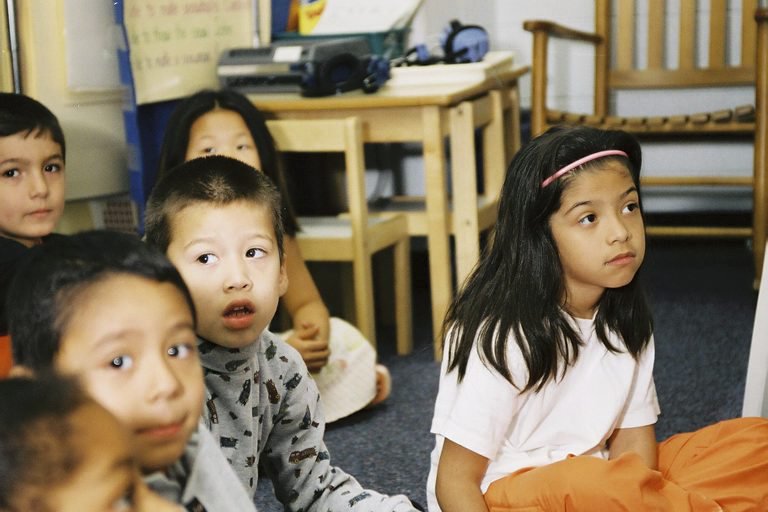 The new America is a diverse America. A tide of younger, browner citizens are replacing older, whiter ones. Millennials, who are distinctly more multiethnic than past generations, will transition the U.S. into a “majority-minority” nation by 2044. The demographic shift largely stems from heightened immigration and fewer births by white Americans. Since 1990, children of immigrants constitute all of U.S. population growth from ages 0-8.

As demographer William H. Frey has noted, the evolving diversity “should be greeted with optimism” given its potential for “revitalizing our country, energizing our labor force and providing greater connectivity to the global economy.” And yet, many Americans—particularly a whiter, older voting bloc comprised of baby boomers—disagree.

Last week’s presidential election put this fault line between old and new America on full display. Although Clinton received a lower share of votes from the youngest bracket of voters (ages 18-29) than Obama did in both his elections, she garnered 55 percent of their votes compared to Trump’s 37 percent. If only millennial votes counted, Clinton would have won in a landslide.

But a nostalgic vision for a bygone America resonated with the older generation, voters ages 45 and above preferring Trump to Clinton, 53 to 45 percent. To many Trump supporters, a U-turn to an older, more glorious version of America was preferable to green lighting a globalizing future.

For advocates and educators who care deeply about young, multilingual students, however,  Trump’s election — propelled by this “racial generational gap”—was a bewildering shock to the system.

The results present several sobering implications for multicultural, multilingual children, the faces of a new America. This is especially true for the education of dual language learners (DLLs), students who speak one language at home and learn English at school. These learners are the fastest growing subgroup population in U.S. schools, and the majority are native-born, U.S. citizens from Latino immigrant families. Beyond a moral and legal responsibility to do right by these kids, it’s in our nation’s best interest to invest seriously in them. They are our future taxpayers, workers, and public servants, a valuable resource we can’t afford to squander.

However, a Trump administration seems likely to neglect — if not actively harm — progress for these already historically underserved learners. As my colleague Conor Williams recently wrote, the bulk of Trump’s rhetoric and policy positions were “plainly hostile to DLLs, immigrant families, and cultural pluralism.” His plans on immigration would tear millions of mixed-status families apart by deporting many DLLs’ parents and family members. And across the nation, schools are already reporting “trickle-down racism,” in the words of Mitt Romney, an uptick in bigoted violence and hate speech emboldened by Trump’s election.

Within the U.S. Department of Education (ED), Trump hopes to cut the Office of Civil Rights that pursues compliance violations for DLLs and their parents at the local level. While he is unlikely to give any targeted attention to DLLs, his views would most likely stress English-only assimilation versus the integration of students’ home languages as an asset. Long gone will be the days of ED’s symposiums and policy statements on the value of multiliteracy under the Obama administration. Remember: this is a man backed by a base where 77 percent of supporters feel uncomfortable encountering immigrants with limited English.

And yet, even if Trump’s exclusionary tenor towards newcomers prevailed nationally, there was one notable victory for multilingualism when the dust settled last Tuesday. In the Golden State, California voters passed Proposition 58, pulling back the state’s longstanding English-only mandate for its 1.5 million DLLs who comprise nearly a quarter of the entire U.S. DLL population. The change gives districts important flexibility to decide how they want to serve these children, such as through bilingual models. Research consistently suggests bilingual learning can boost DLL’s academic, cognitive, and socioemotional skills, including proficiency in English. Support for the new measure was definitive with 73 percent of the vote.

California’s example provides something of a foil to Trump’s triumph in national headlines. Originally passed in 1998, California’s English-only mandate had been sponsored by Ron Unz, another white, wealthy business entrepreneur.  But a lot changed over the past two decades. Beyond the growing research base in support of bilingual learning, the shift in political will mirrors the state’s diversifying population: Latinos surpassed whites as the largest racial group in 2014, a harbinger for the rest of the nation. In this context, the lion’s share of California voters supported nurturing the assets of their multilingual communities.

In addition to California, other diversifying states are also taking a proactive stance to reform policies to better serve their dual language learners. As my team details in two new reports, New York and Minnesota both comprehensively revamped their state policies to better serve DLLs in recent years. There are similarities in both states’ strategies: foster DLLs’ bilingualism, better engage DLLs’ families, improve DLL data tracking, and strengthen teacher and administrators abilities to work with DLLs. Implementation of these reforms is still very much underway, but the research-based policy redesign for DLLs in both states is encouraging.

So, even in a dispiriting season for many DLL educators and advocates, there are flickers of hope. And these state examples are crucial, since now, more than ever, the torch for multilingual students will be each state’s to carry. In part, this is because the election comes at a time when the window for K–12 federal education reforms has largely closed; a new federal education law, the Every Student Succeeds Act, just passed in December 2015. The law substantially limits the federal government’s role in evaluating and intervening in low-performing schools. A Trump administration will likely exacerbate this increase in state autonomy by scaling back several aspects of the regulatory guardrails proposed recently under Obama’s administration.

To be sure, this decentralization presents real concerns. While increased state flexibility presents opportunities for local innovation, it also creates much greater risk for our most vulnerable students by gutting federal oversight that has prompted reform, in places such as New York and Los Angeles. In this next era, state advocates — particularly community organizers and civil rights groups — will play a critical role as watchdogs, guarding the vision of equitable education systems for multilingual children in red and blue contexts.

It will be hard work in the immediate years ahead. But the diverse people who make up our new America will be going nowhere. A groundswell for inclusivity is poised to build for future elections, especially as demographics overturn and Americans of color gain critical mass. In the meantime, education leaders outside of Washington must hold the ground for vulnerable children in their communities, including multilingual learners, as this new, national identity takes shape.