Going Beyond the 2022 Midterms — What We’re Watching 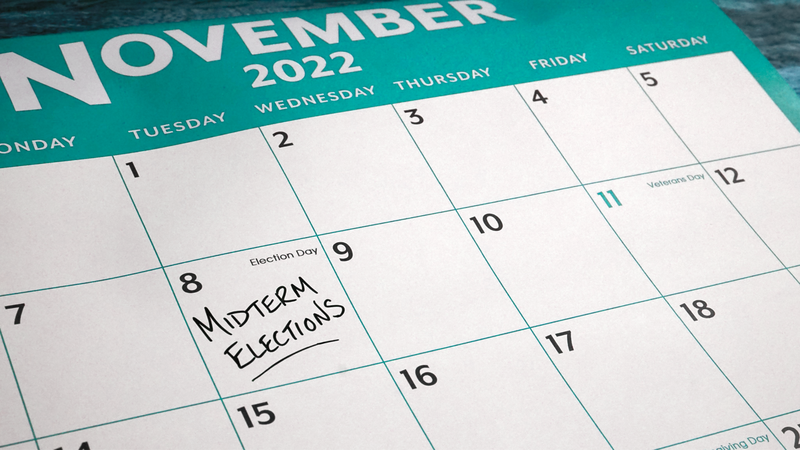 New America / On The Run Photo on Shutterstock

America’s midterm elections held on November 8th will be a battle for the House and Senate, with the potential of leaving our democracy in a weakened state.

Recently, New America’s Political Reform team came together to share what they're watching for ahead of the midterm elections: the broader trends in American democracy, issues that are emerging, demographic changes that will reverberate into the future, and emerging challenges and prospects for reform.

Below, the expert minds of our Political Reform team share what they’re tracking as the midterms approach.

“The 2022 election cycle raises a lot of new questions about how voters perceive the relationship between politics and policy, and how they ascribe responsibility for success or failure. For example, is inflation the main cause of Biden’s low approval ratings, despite an otherwise strong economy, or is it media coverage of inflation? Is direct experience motivating voters, or is it mediated through our increasingly complex information environment? A similar question is raised by polls showing public concern about a ‘crisis at the border.’ Few Americans have direct experience of tensions at the U.S.-Mexico border, so this view is likely a result of media coverage or political advertising. But where? The information environment around this election is changing rapidly, and assumptions about how policy successes or failures are communicated and translated into political results may be out of date.”

Schmitt is focused on understanding the relationship between how we govern and what happens at elections (i.e., how the current administration deals with inflation). His work takes a deeper look into how information flows — how our view is affected by what we hear (what is directly experienced and what is mediated) — and why “misinformation” is a bad frame.

“U.S. elections are a narrow game of political inches, in which billions of dollars have been spent, but almost nothing has changed in the polls, and only a handful of districts or states are even competitive. Yet, even as the electorate is closely divided, the two parties represent such contrasting visions for the country that a small, seemingly random movement of undecided voters has overwhelming consequences for the future of the country. It’s really an absolutely absurd system, when you stop and think about it. Yet, this is the logic of a two-party system built around single-member districts.”

A self-described “short-term pessimist, long-term optimist,” Drutman is examining the difference between how much is happening in U.S. politics and how little anyone’s opinions are changing. This year the lowest share of House races will be competitive — due to the single member district system and the partisan clustering of Democrats and Republicans in different places. Political parties are the instruments of mass democracy, and we can’t have political change without them. But there are alternatives to our current two-party system.

“The election will offer the opportunity to examine and reimagine the relationship between building channels of civic engagement and electoral turnout. With high restrictions to voting across the country, will new organizing methods, like co-governance, be able to create a defense against these antidemocratic forces? And could higher turnout, in turn, enable opportunities for people to be more engaged in democracy year round towards building a multiracial, multiethnic democracy?”

Collaborative government — or “co-governance” — is an exciting new effort around civic engagement that champions local leaders and creates an entryway to local government for a lot of first-time candidates. Russon Gilman’s work explores how we keep citizens engaged in democratic politics year-round (before, during, and after the elections). Our current political party structure makes new engagement models hard to form, and reimagining civic infrastructure is happening outside of the formal system.

“The balance of power often comes down to how undecided voters choose to vote in any given election. But it’s difficult to predict what party will ultimately succeed in persuading them since undecided voters have a wide range of policy positions and they likely do not vote on policy. Moreover, undecided voters are largely uninterested in politics, making it even more challenging for campaigns to reach out to them.”

Undecided voters: Who are they? What do they want? Where are they leaning? Pocasangre is asking these questions and uncovering the various demographic and ideological trends amongst voters who are yet to decide where their vote will go during these midterms, and voters that will not be voting down ballot. He’s working to understand and identify the winning message — if any — that might appeal to undecided voters and to what extent policies actually shape their opinions.

“Usually the contest over voting reform is between change and no change. But as popular demand for voting reform grows, we’re seeing alternative methods go head to head. And as the issue of election legitimacy grows more polarized, it’s between expanding access to the ballot box and restricting it.”

Strano is taking an eye to electoral reform on the ballot this year. Overall, state ballot initiatives are down, but there still are a lot of ballot measures around how elections are conducted: In Nevada, voters are weighing in on establishing open “top-five” primaries and a ranked-choice voting initiative. In Seattle, ranked-choice voting and approval voting measures are being pitted against each other. And in Portland, Oregon, voters are considering the adoption of proportional ranked-choice voting. Strano is also watching for the impacts of changes that restrict voting (i.e., stricter ID laws, limited polling stations in Georgia) could bring, and the dangers of election-denier candidates for secretary of state whose support for even more dramatic changes could wreak havoc on the democratic process.

“In this 2022 midterm election both parties are trying to hone in on the Latino vote — which is becoming much more of a swing vote than a solidly democratic one, as recent elections have indicated. According to recent Washington Post and Ipsos polling, a large percentage of Hispanic voters do not believe that either party represents their views and interests very well.”

Recent polling data on Hispanic registered voters shows growing levels of disengagement. Hispanic voters feel like neither party represents their interest. About one-third of Hispanic adults trust neither party to do a better job to address pressing social issues. Even with the growing level of support for Democratic leaning votership, there has been a rise in Republican optimism. In this election cycle, Lucero also notes the new wave of Latina Republican candidates, and points to the need for political campaigns to recognize that Hispanic voters are not a monolith — they are varied in their views. To actively engage women and people of color in our elections, Lucero says, we have to expand our thinking about how minority groups vote and reshape our strategy and approach.

Follow along with our Political Reform program as they seek to develop new strategies and innovations to repair the dysfunction of government, restore civic trust, and realize the potential of American democracy.