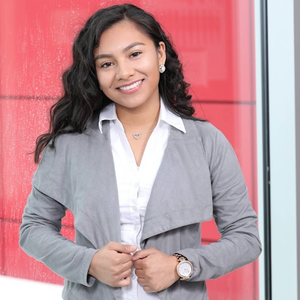 Lizbeth Lucero is a program associate with the Political Reform program at New America. Prior to joining New America, Lucero worked with New Deal Strategies (NDS) in New York City. She began her journey at New Deal as a communications fellow and then as an operations associate with the general consultancy team. There, she worked for local and national people-centered campaigns and issue-based campaigns to uplift the voices of women, people of color, the working class, and the LGBTQ+ community. At NDS, Lucero worked closely with on-the-ground organizations such as Make the Road New York, New York Communities for Change, and national organizations such as the Working Families Party. Originally from Brooklyn, Lucero earned her B.S. in development sociology from Cornell University.