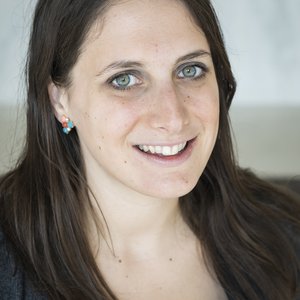 Hollie Russon Gilman is a Political Reform program Senior Fellow at New America and an Affiliate Fellow at Harvard's Ash Center for Democratic Governance and Innovation. Her work focuses on topics at the intersection of civic engagement, digital technology, and governance. Her research looks at building a more equitable, inclusive, and genuine multi-racial, multi-ethnic democracy. This includes exploring participatory innovation, civic infrastructure, cities, and the opportunities and challenges of digital technologies to enhance governance and generate more equitable public policy. She led the working group to build a Trust for Civic Infrastructure from the American Academy of Arts and Sciences’ Our Common Purpose report.

Her first book is Democracy Reinvented: Participatory Budgeting and Civic Innovation and America as part of the Harvard Kennedy School's series on governance innovation in the 21st century. Most recently, Dr. Gilman also co-authored a book with Sabeel Rahman, Civic Power: Rebuilding American Democracy in an Era of Crisis with Cambridge University Press.

Hollie served in the Obama White House as the Open Government and Innovation Advisor in the Office of Science and Technology Policy. She has served as an advisor and consultant to numerous foundations, companies, and non-profits. She holds a PhD and MA from Harvard's Department of Government as well as an A.B. from the University of Chicago with highest honors in political science.

She has published in numerous academic and popular audience publications including The International Studies Review; PS: Journal of Political Science and Politics, and the Journal of Public Deliberation. Her popular writings have appeared in several news outlets including Axios, The Boston Globe, Foreign Affairs, NextCity, Slate, Stanford Social Innovation Review, TechCrunch, Vox, and The Washington Post.