Asian Americans’ Place in the History of Racial Justice 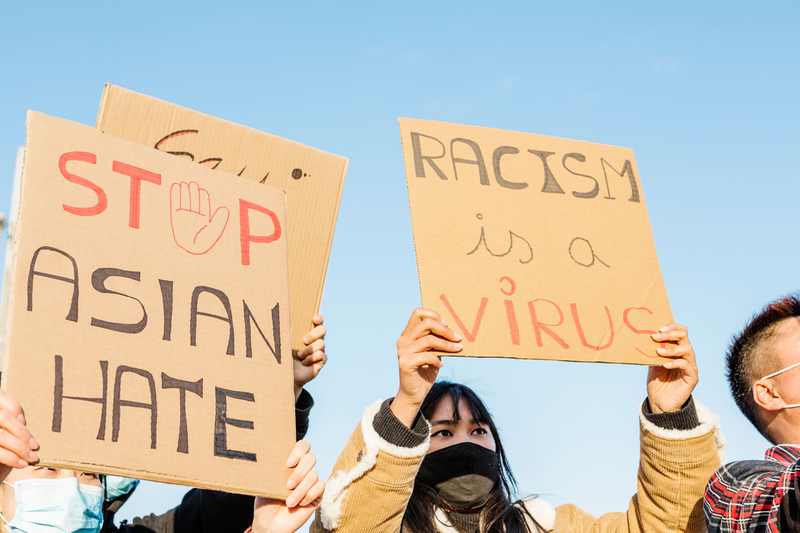 For many Asian Americans, it can be hard to figure out where you stand in a country built upon the Black-white racial divide. The #StopAsianHate movement helped raise awareness about anti-Asian racism and elevate the importance of addressing these racial disparities.

In this extended Q&A from The Fifth Draft — the National Fellows Program newsletter — New America National Fellow Ellen Wu discusses her forthcoming project focused on the plight of Asian Americans in the U.S. racial divide, as Ellen dives into the diverse cultural backgrounds of the Asian American population.

Sign up for The Fifth Draft to hear how the world's best storytellers find ideas that change the world.

Your Fellows project will tell a new story about Asian Americans, looking at diversity, data, and democracy. What led you to choose these topics as the three major themes of your project?

At the heart of my project lies a burning question: Where do Asian Americans fit in a country built on the Black-white racial divide? I’m particularly interested in how this conundrum has played out policy-wise, especially as the concept of “minorities” came into vogue for addressing racial disparities during and after World War II.

Just who counts as a minority besides Black Americans has long been up for debate. That fuzziness has allowed for a diversity of groups to make claims. For generations, Asian Americans have tried to “prove” their beleaguered minority status in order to access rights and resources. They furnished data illustrating their underrepresentation as evidence. But such metrics have spawned unintended consequences, including the peculiar branding of Asian Americans as an “overrepresented minority” as demographics changed. This twist invites us to approach our presumptions anew about proportionality and representation as tools for achieving equality and justice in democratic life.

The term “Asian American” covers an incredibly diverse range of people. How does your project address the different cultural backgrounds and experiences of the Asian American population?

Narratively this is very tricky because Asian American is a very big tent — today it spans 22 million people from more than 20 countries of origin. That said, I’m most interested in highlighting those I call Asian American “influencers,” historical actors that flagged racism as a root cause of inequality. These influencers tried to move the policy needle on such issues as employment, citizenship, immigration, reparations, housing, education, voting rights, healthcare, violence, and reproductive justice.

Admittedly, this history dating back to World War II is dominated by Japanese and Chinese Americans. I can’t devote equal airtime to every single Asian American group, but I try to incorporate a range of different voices and experiences when possible. Lately I’ve been hunting for sources on campaigns such as affordable shelter for elderly Filipinx immigrants in San Francisco and support for Korean military wives in Seattle who were victims of domestic abuse.

Your previous book, The Color of Success, which explored the history of the “model minority,” was released in 2014. How has the conversation on racial justice, particularly in regard to Asian American issues, changed since your last book’s release? How have these changes influenced your current work?

The Color of Success came out just as #BlackLivesMatter and Ferguson captured the nation’s attention. I didn’t expect it to find so many readers outside of academic circles. But its history of model minority typecasting speaks to a growing urgency among Asian Americans to dismantle anti-Black racism, particularly where we have been implicated in feeding it. This yearning inspires my current work.

At the same time, a vocal minority of Asian Americans began to organize to end affirmative action. They’ve been very effective in putting major universities (i.e., Harvard, University of North Carolina) on the defensive. Then with the pandemic, Asian Americans experienced intensities of hostility and violence. After the horrific shootings in Atlanta and Indianapolis in Spring 2021, we saw an unprecedented — and frankly astonishing — outpouring of concern for Asian Americans. While these are not feel-good circumstances, they do confirm to me that Asian Americans are important figures in the history of racial justice.

History of model minority typecasting speaks to a growing urgency among Asian Americans to dismantle anti-Black racism, particularly where we have been implicated in feeding it.

As part of your project, you have taken on social media research following the use of #StopAsianHate on Twitter. What were some of the challenges and advantages of this form of research? Were you surprised by any of your findings?

Social media obviously figures enormously into race-making today — how racial identity gets produced, embraced, contested, reappropriated, and so forth over time. The amount of data is endless, but even analyzing a tiny sample provides empirical heft to what we sense intuitively.

Asian American Twitter was difficult to study before 2021 because there wasn’t really a hashtag that had gone super-viral for an extended time. Then came #StopAsianHate. My team of graduate students pinpointed celebrities who amplified the hashtag, which helps explain why 2021 was such a turning point: Olivia Munn was one of the earliest users and BTS’s tweet from March 29 became the most retweeted of 2021. Perhaps most sobering was discovering how few tweets paired #StopAsianHate with #StandWithSikhs — a hashtag that arose in the wake of the Indianapolis FedEx facility shooting just a month after the Atlanta tragedy. This divergence underscores the constraints of the #StopAsianHate framework.

You are currently a member of the Department of History faculty at Indiana University Bloomington. How do your experiences teaching influence your work as a researcher and writer? Has this project inspired any new course content for your students?

I try hard to stock my syllabi with readings that entice students. One of my go-to’s is long-form reporting from outlets like New Yorker, New York Times Magazine, Vox, and This American Life. Vivid storytelling goes a long way in the classroom! Such pieces are terrific models for me, too. They motivate me to raise the bar in terms of craft.

My current project deep dives into the 1970s, when Asians and Pacific Islanders made common cause through shared experiences of militarization and migration. They pressed the U.S. Commission on Civil Rights and the Census Bureau, among others, to care about their communities. I’ve been inspired to foreground American Samoa and Guam in my teaching on the United States as a Pacific empire. It’s definitely eye-opening for students to learn why there’s so many Samoans in the NFL or why Guam has higher rates of military enlistment than any state.

What America’s Fear of China Really Says About Us (The Thread, 2021): When politicians slam China, all Asian Americans get put in the crosshairs.

Thank Black Women for Human Rights in America (The Thread, 2022): America’s long and tumultuous history with human rights was paved and shaped by those often left out of history—especially Black women.