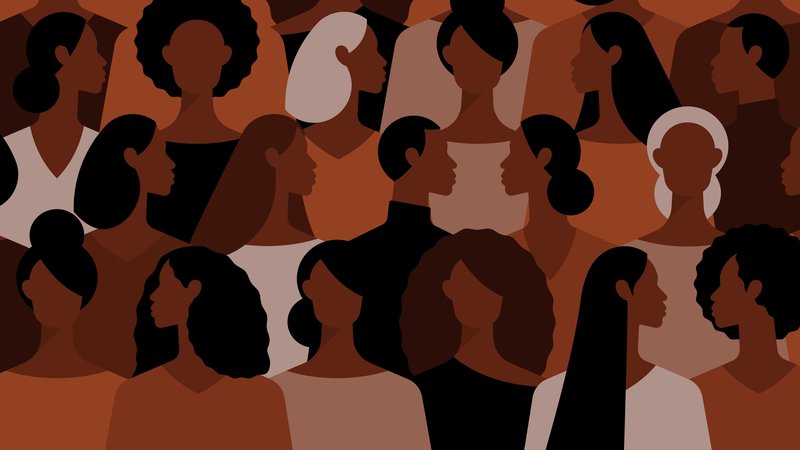 The United States has a tumultuous and tempestuous history when it comes to human rights. Many of the gains made over the centuries were a direct result of the tireless work of activists from historically excluded groups, particularly Black women. In this extended Q&A from The Fifth Draft — the National Fellows Program newsletter — New America National Fellow Keisha N. Blain previews her new book, which details the history of human rights in the United States, demonstrating how Black women shaped and impacted the human rights framework we know today. Sign up for The Fifth Draft to hear how the world's best storytellers find ideas that change the world.

Your Fellows project will be a new history of human rights framed by the ideas and activism of Black women in the United States from 1865 to the present. What inspired you to take on a project of such magnitude?

Over the last few years, I have spent a lot of time reflecting on the crucial role Black women play in shaping American politics and how their political work on a national scale also has global implications — and global reach. After writing an essay for Foreign Affairs in which I outlined some of the significant links between the Black Lives Matter (BLM) movement and earlier political movements, I kept coming back to the theme of Black women’s leadership. Some of the most dynamic and enduring political movements have been led by Black women, especially working-poor women organizing at the grassroots level. The more I kept writing about these women — from different backgrounds and in different time periods — it became evident that I had an important story to tell. My book will reveal how Black American women and activists fundamentally shaped human rights history.

The project includes extensive use of primary sources, many of which have yet to appear in scholarship. How has your project evolved as you uncovered new materials in the archives?

With such a sweeping project, I have tried to approach the research process with an open mind. I generally have a hunch about what I will find in the archives, but more often than not, I’ll encounter information that moves my project in new and exciting directions. For primary sources, in general, I approach them with a sense of curiosity — I am eager to find out what they’ll reveal to me about Black women’s activism and the history of human rights. Because I approach my writing and research with a lot of flexibility, I am able to seamlessly work with (and through) surprises that may come up in the research process. The book project has grown in fascinating ways because of this approach. I now have chapters written that resemble my book proposal plans but are much stronger because I allowed the sources to guide me.

“Some of the most dynamic and enduring political movements have been led by Black women, especially working-poor women organizing at the grassroots level.”

In a recent story for the Atlantic, you wrote about a young Black woman, Joetha Collier, who was murdered in 1971. What role do personal memories of these “forgotten” stories play in your work?

Personal memories and private recollections are crucial to my work. Black women are often excluded from traditional archives (the ones we generally find at libraries and universities), or when they do exist in these archives, representations are often skewed. As someone who is very committed to unearthing the histories of Black working-class and working-poor women, I have had to move beyond the traditional archive. To be clear, I still rely on archives to answer questions as they arise. But the judicious use of oral histories significantly enriches my writing and research. They have helped me fill in gaps of information, and they allow me to write narratives that would otherwise not be possible.

You recently joined the faculty at Brown University as a professor of Africana studies and history. Congratulations! What is most important for young historians to learn today?

Thank you — I am excited about the new position at Brown! I think it’s important for young historians to be bold and creative, and I think it’s important that they commit to blazing their own trails and doing the work that matters most to them. I took many risks in my career. For example, I accepted visible leadership positions and wrote widely for national publications while untenured. I was also involved in nationally recognized projects that revealed my activist commitments and my political views. Some of my mentors suggested that I should not have been doing these things without tenure. I am not dismissing their advice — and I am grateful that they cared enough to warn me. But I needed to take the path that felt right for me. By doing the work that matters most to me, I found joy and fulfillment as a scholar.

You’re active on Twitter. How do you think about using the platform to promote your work and to further your scholarly pursuits? Do you have any advice for other academics looking to expand their presence on social media?

I view Twitter as an important venue to build relationships with people I would otherwise not meet in my day-to-day work. I also use it as a space to share my thoughts on various matters when I think it’s important to weigh in. Social media is also an excellent way to help promote Black history, so I frequently share my own work as well as the work of other scholars and writers. I see my platform as a vital one for sharing resources and I try to tailor my feed to what I know my followers find most useful. My advice for academics is to make good use of social media to amplify and enhance their work. And I think it’s important to use the space to support others doing great work too.

Juneteenth: Young, Black, & Free(ish) (The Thread, 2022): The national holiday of Juneteenth commemorates a forgotten day in history and the end of slavery. So what’s changed (and what hasn’t) in America and New America since Juneteenth was recognized nationally in 2021?

We Never Forgot Black Wall Street (The Thread, 2021): Over one hundred years ago, an airborne attack set a vibrant Black community in Tulsa, Oklahoma aflame. To ensure we never forget, here are essential works that push forward the conversation around race, racism, and social justice in America.