What America’s Fear of China Really Says About Us 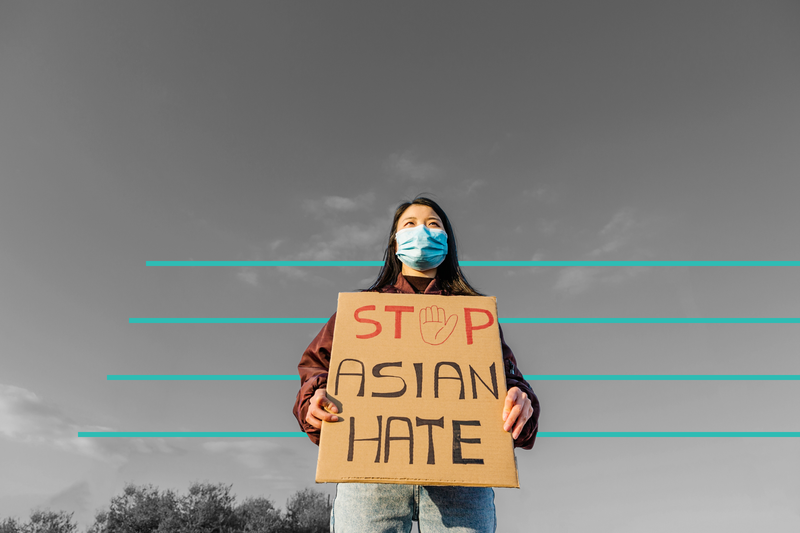 In early February 2020, I witnessed a Chinese American woman get assaulted and spat on by a complete stranger in the middle of the day in downtown Chicago. She told me and some other bystanders who intervened that she had been attacked because the assailant blamed her for the coronavirus. The experience shocked us both, but it wasn’t entirely unexpected. For many people of Chinese descent in the United States, along with those of many other ethnicities who “look Chinese” by the standards of mainstream American culture, the news of a dangerous new coronavirus emerging in China quickly led to fears of an increase in racism and racist acts.

But there was worse to come. Popular, street-level racism, no less than racism in official policy, depends greatly on the actions and rhetoric of political leaders. A major turning point came in March 2020, when former President Donald Trump began to use racialized terms like “Chinese virus” to refer to the novel coronavirus. A study of social media published earlier this year found a subsequent immediate spike in anti-Asian racist language in tweets about the pandemic. Many of the incidents of anti-Asian racism we have seen since last year have involved comments that connect Asian people to the pandemic — calling Asians “Coronavirus,” accusing us of being “bat eaters,” or saying “you are diseased” and “you caused COVID.”

But even with Trump out of the White House and off of Twitter, anti-Asian racism seems to be getting even worse. Between March 2020 and June 2021 the Stop AAPI Hate project recorded 9,081 racist incidents targeting Asian Americans and Pacific Islanders, with the number rising by 2,478 just from April to June of this year.

The problem goes beyond just Trump and his rhetoric about the pandemic. The underlying cause is the growing policy tensions between the United States and China. History teaches us to expect that this will translate into increased racial tensions within the United States. “When America China-bashes, then Chinese get bashed, and so do those who look Chinese. American foreign policy in Asia is American domestic policy for Asians,” said Professor Russell Jeung, cofounder of Stop AAPI Hate.

This pattern repeats throughout U.S. history. In the early twentieth century, Japan’s victory in the Russo-Japanese War triggered fears of a growing Asian threat to the white, Western world, which was then used to build popular support for efforts to ban immigration from Japan and Korea. During World War II, the Korean War, the Vietnam War, the U.S.-Japan trade war, and the War On Terror, Americans’ fear and anger towards racialized enemies fed racism against people in the United States who “looked like” those enemies. Because the majority of Americans are poor at distinguishing between Asian ethnicities, animosity for one Asian country can generate racism against people descended from dozens of other countries in the Asia-Pacific region. Today it is a rise in China-bashing, in particular from U.S. political leaders, that is contributing to a rise in anti-Asian racism.

We should be precise about what we mean by “China-bashing.” As Rep. Ilhan Omar has said, “We need to distinguish between justified criticisms of the Chinese government’s human rights record and a Cold War mentality that uses China as a scapegoat for our own domestic problems and demonizes Chinese Americans.” Concerns about racism should not cause us to shy away from legitimate criticisms of the Chinese government’s human rights abuses, the crackdowns on democracy and civil society in Hong Kong, and Chinese military threats to Taiwan and other neighboring countries. These narratives are less likely to feed racism, as the average American racist is unlikely to identify with the plight of the Taiwanese, Hongkongers, or Uyghurs.

The real problem is with narratives about how China poses a threat to the United States. They portray China as a source of problems in the lives of Americans, which then feeds racism against anyone who “looks Chinese.” To better understand this, we must examine the growing trend of threat inflation and the effects when these narratives engage in it.

Americans’ fear and anger towards racialized enemies fed racism against people in the United States who 'looked like' those enemies.

For example, in a landmark speech delivered at the Richard Nixon Library last year, Trump’s Secretary of State Mike Pompeo portrayed the threat of China in almost apocalyptic terms. He warned that, “If we bend the knee now, our children’s children may be at the mercy of the Chinese Communist Party,” and claimed that, “Securing our freedoms from the Chinese Communist Party is the mission of our time.”

According to Pompeo, the Chinese Communist Party aspires to take over the world, eradicate American freedom, and subjugate the American people. This is an extreme exaggeration of the aspirations of political leaders in China. But it has become common to hear U.S. politicians and other leading figures across the political spectrum say that China is “an existential threat” to the United States or to the entire world.

There are a number of reasons why U.S. leaders engage in threat inflation.

One important dynamic is the commitment to American exceptionalism and to U.S. military and economic domination over the rest of the world. As the United States seems to be declining in relative power in the world, China is rising out of its previous position as a subordinate country in the U.S.-led global system. For those invested in American exceptionalism, the sense that U.S. global domination may be at risk feels like an attack, in a way similar to how some white people experience threats to white privilege as an attack on white people. In many discussions about China we see an easy slide from the plausible claim that China is a threat to U.S. global hegemony to the implausible claim that China is an existential threat to the United States or a threat to every American. An unquestioned commitment to American exceptionalism can make these two claims seem equivalent.

In addition, many leaders seek to turn China into a scapegoat for problems in U.S. society. This is a particularly potent strategy for conservative politicians who oppose measures that would improve living conditions or address injustices within the United States. Trump’s use of the term “Chinese virus” was a way of escaping accountability for his catastrophic mismanagement of the pandemic. Many Republicans, like Pompeo, portray authoritarianism in China as the greatest threat to the American way of life in order to give cover to their own support for authoritarianism in the United States, as they pass laws that disenfranchise American voters and spread conspiracy theories accusing Democrats of stealing elections. Republican strategists aim to rebrand the Republican Party as the party of the working class by equating “anti-China” with “pro-worker,” even as the party opposes reforms such as a $15 minimum wage, or Biden’s American Jobs Plan. These scapegoating tactics have become common within the racist authoritarian movement responsible for the insurrection on January 6.

For those invested in American exceptionalism, the sense that U.S. global domination may be at risk feels like an attack.

Meanwhile, among liberals and in the Democratic Party, many leaders join in on China bashing in part because they hope to rebuild bipartisanship with Republicans based on anti-China politics. This strategy of anti-China bipartisanship has been used to support economic packages that promote investment in research and technology, infrastructure, and job creation, through arguments that public investment is necessary to confront the threats that China supposedly poses to the United States. However, polling shows that anti-China messaging does not help build popular or bipartisan support for such measures. It does, however, risk contributing to the narratives used by racists and authoritarians.

There is no question that the U.S.-China relationship is a source of large and important challenges. But fear-mongering about China distorts the debates we must urgently have about this topic, contributes to anti-Asian racism, and feeds toxic trends within U.S. politics overall.

As Coronavirus Spreads, Some Asian Americans Worry Their Leaders’ Language Stokes a Stigma (New America Weekly, 2020): The rhetoric often used by many right-leaning political leaders surrounding COVID-19 — such as dubbing it the “Chinese virus” — has fueled a new wave of racial stigmas, leading to broader implications for Asians and Asian Americans.

How a Brief Experience Can Spark Anti-Immigrant Bias (New America Weekly, 2020): Social scientists and psychologists have found that reframing demographic forecasts is a key element in determining the level of white anxiety and exclusionary, racial biases held towards minorities.

American Enough: A Transracial Adoptee Grapples with Expectations (New America Indianapolis, 2021): Caught between two worlds, Jill Robinson Kramer describes her experiences as a Korean-American transracial adoptee, dealing with the nuances of a dual-identity, and assumed (lack of) Americanness.