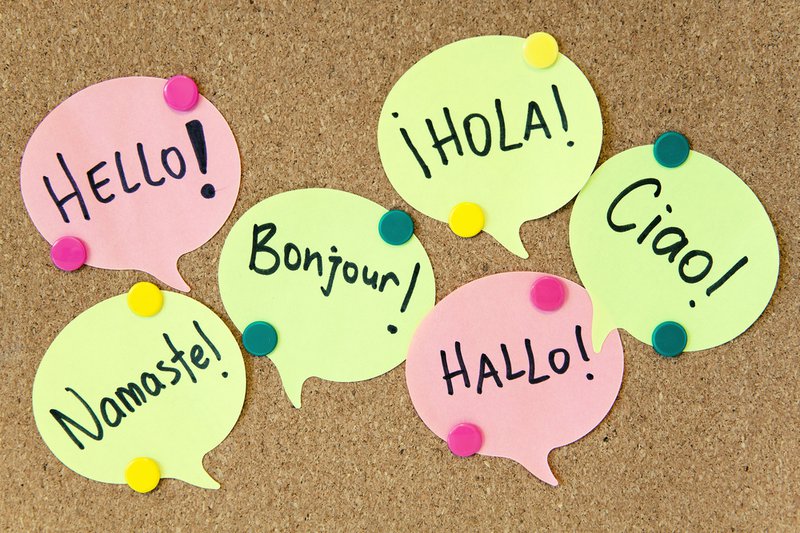 Over the past several months, we have been writing about dual language learners (DLLs) in Head Start and how the program’s performance standards are being leveraged to better support multilingual children and their families. We have examined targeted program assessment tools, elevating the value of bilingualism, high-quality instruction, research on Head Start teacher’s perceptions of bilingualism, the role of coaching in improving teacher practice and the need for expanded models of bilingual education in Head Start.

Last month, presidential candidate Elizabeth Warren released her expansive education plan. While much of the media coverage focused on the more controversial elements of her plan such as eliminating high-stakes testing, ending federal funding for charter school expansion and banning for-profit charter schools, it is notable that Senator Warren also mentioned language learners. She called for enforcing and strengthening the guidelines issued by the Obama administration on dual language learners (DLLs) civil right protections “to include meaningful access to rigorous coursework, teachers, special education services, and integration with the rest of the student body, while fostering their home language.” The acknowledgment of the need to support home languages is a small but meaningful win given the English focus of most federal policies related to DLLs.

A growing body of research suggests that DLLs’ academic and language development is well supported by dual language programs that provide instruction in English and the home language with the goal of bilingualism and biliteracy. A new study from the Urban Institute (funded by the Foundation for Child Development) extends this literature base by examining the impact of dual language on the English and Spanish oral proficiency of DLL children in Head Start. Notably, the study was conducted in 153 Head Start and Migrant Head Start classrooms across southern and central California and southern Florida with over 800 children.

Specifically, the study’s author, Carola Oliva-Olson, set out to answer whether children experienced significant gains in their language development over the course of a year in Head Start and whether those gains differed based on the classroom language model used and ratings of classroom quality. She compared outcomes for children who received Spanish/English dual language instruction (e.g. instructional time is split between English and Spanish) with those who received primarily English instruction with home language support (e.g. instruction is in English but books, classroom labels, activities incorporate home languages).

While other studies have examined the impact of different language models on DLLs language and academic development, few have considered the role of classroom quality — a particularly salient issue for Head Start given its mixed record on quality. As Oliva-Olson said in an interview, DLLs are a growing segment of the young child population, but very little is known about what experiences these children are having in early education programs because quality is often examined through a general lens rather than a DLL-specific lens.

To that end, Oliva-Olson used both the CLASS and CASEBA observation tools to measure classroom quality. CLASS is widely used in Head Start programs but has been criticized as insufficient for capturing aspects of classroom quality that are critical for young DLLs such as home language support and cultural competence. CASEBA, on the other hand, was designed to capture practices relevant to young ELs, but is not yet a widely used tool.

On the issue of classroom quality, the study found that both dual language classrooms and those that used English with home language support were high-quality — both settings were rated higher overall in emotional and instructional support on CLASS than the national average for Head Start programs. However, variations were found between the two models, with one surprising twist: DLLs home languages were found to be better supported in English classrooms in comparison to dual language classrooms (as measured by the CASEBA). This finding ran counter to Oliva-Olson’s expectations that home language would be better supported in dual language classrooms. One reason for this finding may be that teachers aren’t sufficiently prepared to implement dual language models. Another may lie with the measurement tool, “The fact that it was lower [in DL classrooms] makes me think that the way we are capturing [home] language support might be outdated,” said Oliva-Olson. 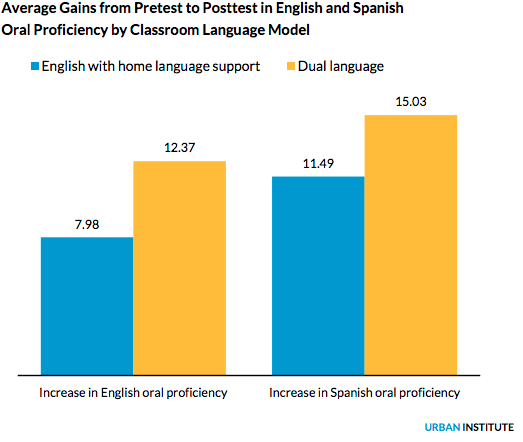 Given these contrasting findings, it is all the more critical to examine how the interaction between quality and the classroom language model influences DLLs’ language development. In this study, children’s language development appeared to be more sensitive to differences in classroom quality in English settings compared to dual language settings. Specifically, in classrooms with low levels of organization, DLLs in dual language classrooms saw higher growth in their Spanish proficiency (15.84 points) than students in English dominant classrooms (9.19 points). This difference was not seen with high levels of classroom organization.

In addition to increased and targeted professional development for teachers, the study offers several recommendations for the field, including a need to update/create a tool to measure classroom quality for DLLs; better assessments to measure the impact of specific strategies and supports for DLLs; and more research on fidelity to dual language program models within Head Start programs.

Taken together, the findings lend more evidence to the positive impact of dual language models on DLLs’ language proficiency in both their home language and English. The federal Office of Head Start is helping to set the way in terms of ensuring that DLLs’ bilingualism is viewed as a strength and supported in the classroom and this study affirms that the strategy is paying off. Given the research base, dual language should be an important component of ensuring DLLs have access to equitable educational opportunities that will promote their overall academic success and maintain their connections to their home languages and cultures.