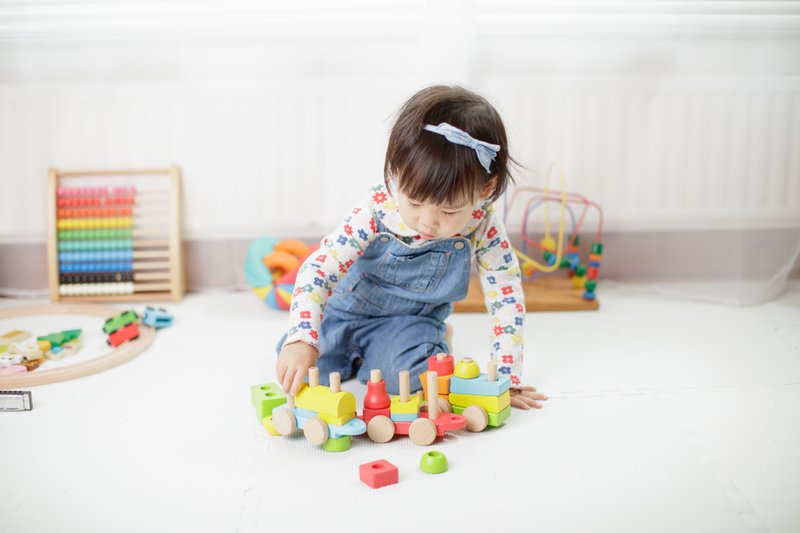 Over the past several months, New America has been writing about dual language learners (DLLs) in Head Start and how the program’s performance standards are being leveraged to better support multilingual children and their families. We have examined targeted program assessment tools, elevating the value of bilingualism, high-quality instruction, research on Head Start teacher’s perceptions of bilingualism and the role of coaching in improving teacher practice.

Dr. Ryan Pontier, assistant professor of teaching and learning at Florida International University, works with family child care providers in Los Angeles to help them identify and implement intentional language models that work for providers and the emergent bilingual children and families they serve. These providers are part of an Early Head Start-Child Care Partnership grant that aims to increase program quality. We recently spoke about his work and the importance of supporting DLLs bilingualism in early childhood.

Can you tell me a little bit more about the Early Head Start-Child Care Partnership grant program? And about the providers you work with?

The purpose of the grant is to increase the quality of early learning in settings that serve children from low-income families. The providers in Los Angeles with whom I get to work are family child care providers, meaning that they each have their own business that is run out of their home. My role includes working with these providers to be more intentional about the ways that they are leveraging both their own and the children’s bilingualism as they prepare the children for Kindergarten. To date, I have worked with bi/multilingual providers who use Spanish and English, Korean and English, and Tagalog, Spanish, and English. The children range from six months old to four years old and they come from families that may only use a home language (for example, Korean), or engage in bilingual practices at home.

Tell me about how you got started in this work.

I grew up in an area that was predominantly monolingual and monocultural, which meant that I initially learned only English and everyone around me looked and sounded more or less like me. However, when presented an opportunity in 7th grade to begin learning Spanish, my world slowly began to change. I liked Spanish, and I was good at it. I realized that I could begin to interact with other people. I chose to major in Spanish in my undergraduate studies, and I used my developing skills to teach third grade in Spanish on the Texas-Mexico border after graduation. In this role, I was witness to the gross inequities that my students and their families faced. Whereas I was praised for learning a few phrases in Spanish, they were mocked and denigrated for their bilingualism. It was through a series of these moments that I chose to dedicate my professional career to working with bilingual students and families and to highlight their knowledge, experiences, and skills from a strengths-based perspective.

In graduate school, I studied young emergent bilinguals’ bilingual development and the teachers’ instructional practices that accompanied the children’s language practices. My two daughters—who my wife and I are raising as Spanish-English bilinguals—ended up attending the same dual language early learning center where I had conducted my research. It was there that I met a family engagement specialist who later moved to Los Angeles and invited me to conduct a workshop with a small set of parents, her staff, and many of the family child care providers in her network. A year later, as part of an Early Head Start-Child Care Partnership grant that the agency had won, I was invited to support a pilot group of providers in what we called the “Dual Language Pilot.”

From my perspective, this project has the potential to be quite impactful given that family child care providers are not often provided with intensive coaching. What are the goals of this project?

We are aiming to create spaces that are true to each family child care provider’s context. That means that we want the provider to language (think of this as a verb) however they feel comfortable while also being intentional about the goals that they are working toward with the children. For example, this may mean that a provider uses mostly Spanish because she is most comfortable in Spanish. She can still teach children important concepts such as motor development, socioemotional regulation, and various academic concepts. Other providers might use Spanish and English as they interact with children. They still keep in mind what they want children to achieve, and they provide bilingual support for them to get there.

Tell me more about the strategies and practices that the providers you work with are learning and implementing.

When I first met the providers, they engaged children in a variety of typical early childhood education activities, such as shared book reading, singing, dancing, and free play. Now that we have worked together for over a year, the providers are beginning to choose activities that align with the goals that they have. So, instead of choosing an activity because they have heard it is a good activity to use with young children, they are first asking themselves what they want children to know and be able to do, and then they are choosing an activity to support the children in reaching the goal.

Next, providers think about the language needed for those activities. Depending on their strengths, their level of comfort, and the resources available to them, they may model and encourage children to use either a non-English language or English. Providers always accept children’s participation, regardless of language choice.

When I was growing up, my parents chose not to speak to me in Spanish so that I could focus on learning English. Research is clear that continuing to learn and speak the home language does not interfere with a child’s ability to learn English, yet the belief persists that English should be the priority. How do we counteract that message?

It is critical that early childhood educators understand that being bilingual is a strength and that it comes with a variety of benefits. One of those benefits is that bilinguals are more flexible in their thinking and therefore better problem solvers. That is, instead of being confused, they can draw on all of their language skills to better understand new concepts and other people. We can also point to the fact that, in the United States, it is more likely for an emergent bilingual child to lose the ability to communicate with family members in the home language than it is for the child to not learn English.

In my work with these family child care providers, there was an assumption that they had to use English to teach children the skills that were considered important, or academic. Instead of teaching colors, numbers, and sounds and letters (if applicable) in Korean or Spanish, they were using English to do so. We spoke about both the possibility and the power in them intentionally using a non-English language to teach these same skills. Most of the providers felt more confident using a non-English language and were, therefore, more authentic in their subsequent interactions with children, and the children still learned the concepts required of them. So, one of the ways that we can counteract the message that being bilingual interferes with a child’s ability to learn English is by creating spaces for children to language both bilingually and monolingually. This, of course, means that providers need to think strategically about their own language use—when they will draw on their full linguistic repertoire (act bilingual) and when they will perform monolingually (use only one language at a time), all of which is normal in everyday life for bilinguals.

I first learned about your research through a presentation you gave at a Children’s Equity Project meeting. One of the most compelling points that you made was about how the field needs to look beyond the models of language instruction that are currently recommended by Head Start. Can you tell me a little bit more about those models and why we need to expand them?

Head Start currently suggests English with Home Language Support, Dual Language, and Home Language as a Foundation for English Development as the three models to support young emergent bilingual children. There are a few challenges here. First, although the generalized 50/50 dual language model wherein students learn for half of their day in English and half of their day in another target language has been widely accepted at the K-12 level, it still has yet to be better understood in early childhood. Second, according to the descriptions that Head Start provides for each model, it is assumed that there is at least one provider that can model English. However, this is not always the case. Having worked with providers in both Los Angeles and Miami, I know firsthand that many are excellent educators, but they cannot access their skills if required to operate in only English. So, even in these cases, Home Language as a Foundation for English Development does not always fit as a model. We must continue to identify and describe language practices in ECE settings, paying close attention to how those practices do/don’t support children and create authentic learning environments. Then, we can think about what this means for models, many of which are certain to have not yet been identified. Finally, the three suggested models focus on center-based early childhood education. Other programs, such as family child care and home care, are not addressed. What works for one program type may not work for another, so it is critical to investigate how different models work in different settings.

Part of your work has involved bringing the providers together to share their experiences and learning. What are some of the key takeaways they shared?

The biggest takeaway has been the feelings of empowerment. In their presentations, each provider noted that she felt better knowing that she could teach children using a language with which she was comfortable. They also noted that parents regularly shared their excitement that their family child care was taking an intentional approach to supporting children’s bilingualism.

In 2016, the Head Start Performance Standards — which are used to drive program quality — were updated to include a stronger focus on promoting bilingualism and biliteracy. Specifically, the standards recommend that Early Head Start programs serving infants and toddlers utilize teaching practices that focus on the development of the home language and provide exposure to English. Do these standards play a role in informing your work with family child care providers?

Absolutely. Many of the providers were not aligning their teaching with a set of standards, such as the Head Start Early Learning Outcomes Framework (ELOF). In this second cohort of family child care providers, we are beginning by identifying appropriate standards and thinking about the role that language plays in meeting those standards. We are also considering ways to link these standards and the recent NAEYC statement on equity to the goals and activities of each family child care provider.

Moving forward, where would you like to see this work go?

This work serves as a microcosm of what we need: a comprehensive understanding of the languaging practices and associated pedagogies in early childhood education. This will likely entail a large-scale survey; a plethora of observations in settings with varying geographic, linguistic, income, ethnic, racial, and educational backgrounds; and interviews with providers, families, and supporting organizations, such as those that have EHS-Child Care Partnership grants.