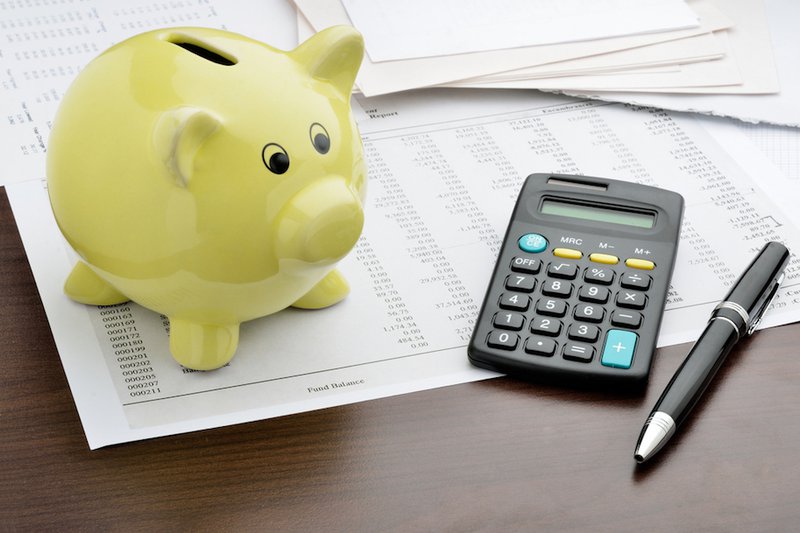 On Monday afternoon, the Trump administration released its FY 2019 budget. While the budget proposal was quickly dismissed by some as “dead on arrival,” it is still an important indicator of the administration’s priorities for the upcoming year.

The proposal includes a 5.6 percent decrease in funding to the Department of Education. If enacted, this would amount to a total funding cut of $3.8 billion compared to what was enacted in the 2017 fiscal year. The administration originally sought a far larger cut of $7.1 billion to the department, but $3.3 billion were restored in an addendum that reflects the increased spending levels reached in last week’s congressional spending deal.

The proposal also includes a 21 percent decrease in funding to the Department of Health and Human Services, requesting a total of $68.4 billion for HHS. HHS is where many early care and education programs are housed, such as Head Start and grants to subsidize child care.

This post provides an overview of what the proposed budget means for public education.

For the second year in a row, the administration’s budget for the Department of Health and Human Services proposes eliminating the preschool development grant program. For the past several years, this program has assisted 18 states in expanding access to pre-K for thousands of four-year-olds and helped states improve the overall quality of their pre-K programs. The program was started during the Obama administration and now, due to ESSA, is housed within the Department of Health and Human services and jointly administered with the Department of Education.

In the proposed budget for the Department of Health and Human Services, the administration calls for a slight increase in funding for Head Start, providing about $9.3 billion for the program. At the proposed funding level, the program is expected to serve about 861,000 children. It should be noted, however, that the administration recently revoked the requirement that Head Start programs begin serving children for a longer day and school year, citing a lack of adequate funding. The administration’s choice not to request additional funding for this requirement reaffirms that increasing the dosage of the program is not a priority. Finally, the administration’s funding request for preschool grants for children with disabilities remains unchanged from 2017 at $368.2 million. These grants assist states in providing education to children with disabilities between the ages of three through five.

While Trump's budget doesn't necessarily signify an interest in strengthening early care and education, he did sign a deal last week that will have a huge impact on families with young children. In that deal, lawmakers agreed to double the amount of funding for the Child Care and Development Block Grant that provides child care subsidies for low-income families. This infusion of funds means about 230,000 more children will soon be served. The congressional deal also extended the Maternal, Infant, and Early Childhood Home Visiting Program for five years at $400 million per year. This program provides coaching to low-income parents from medical professionals or trained counselors. The home visiting program has been proven to be effective and actually save taxpayer money in the long run. Funding for the program had expired on September 30, 2017, and despite bipartisan support, Congress had been unable to agree on how to pay for it.

The budget proposes flat levels of support for Title I and special education, the two largest federal education funding pots. Title I funding will remain at $15.5 billion to support low-income students and funding to support students receiving special education will remain at roughly $12.8 billion. The budget also proposes big increases for school choice and STEM. Funding for school choice incentives was doubled to $1 billion, while STEM education initiatives received a $200 million funding boost ($180 million of this will include fully redirecting Education Research and Innovation Grants towards STEM programs).

In line with the President’s priorities around STEM, the budget includes $13 million in new funds for STEM-focused career-technical education (CTE) programs. Funding for CTE programs overall would remain level, though the language of the document emphasizes that career education is a top priority, and introduces several interesting proposals for the oft-hoped-for reauthorization of the Perkins Act. These include an emphasis on targeting CTE programs to disadvantaged students; redirecting the majority of CTE State Grants to programs that allow students to work and learn concurrently, such as work-based learning; eliminating non-STEM CTE pathways, and authorizing activities to expand apprenticeship.

The President’s budget also calls for cuts to two major college-readiness programs, TRIO and GEAR UP. GEAR UP would be eliminated entirely, while funding for TRIO would be cut from $950 million (as of the last full-year appropriations) to $550 million. These cuts would eliminate several programs underneath the TRIO banner that the Department has deemed ineffective. As they did last year, the Department issued a call to lift a ban on rigorous evaluation of TRIO programs. In keeping with their focus on outcomes, the Department cites the need to shift limited staff time away from grant activities to instead focus on grant monitoring and evaluation of programs that will be administered by states. In order to accomplish this, TRIO would be moved from a series of competitive grant programs to a state formula. As our higher education colleagues note, moving the responsibility for allocating TRIO funds to states is no guarantee that money will be disbursed to maximize support of effective, evidence-based programs.

The budget also proposes the elimination of funding for almost all programs directly supporting teachers and leaders. These cuts stand in stark contrast to wide, bipartisan agreement, backed by research, that the quality of a school’s teachers and leaders are the most significant school factors for student learning.

At the forefront of these educator quality cuts is the $2 billion Supporting Effective Instruction State Grants program—more frequently referred to as Title II, Part A of ESSA. Title II-A funding has historically supported a variety of approaches to supporting and improving instruction at the state and local levels. At the local level, the bulk of funds has historically been used to support teacher professional development and class size reduction, although ESSA refined Title II use in these areas to evidence-based strategies, in addition to adding new allowable uses of funds. The administration’s budget claims that the program is duplicative and that other ESSA formula grant funds, such as Title I, can support teacher professional development. But according to a 2017 Center on Education Policy survey of SEAs, 41 out of 45 states reported that it would be “very challenging” to provide professional development opportunities for teachers and principals if Title II, Part A funds were eliminated.

Other educator programs slated for elimination is the Supporting Effective Educator Development program (SEED) which supports teacher recruitment, training, and professional development; the School Leader Recruitment and Support Program (SLRS) which supports the recruitment, preparation, and development of school leaders; and the Teacher and School Leader Incentive Grants (formerly known as the Teacher Incentive Fund--or TIF) which supports performance-based compensation and human capital management systems for teachers and school leaders. The Administration claims that other federal funds, such as Title I, can be used for these purposes.

Also on the chopping block is Part A of Title II of the Higher Education Act, which funds the Teacher Quality Partnership Program (TQP). TQP competitively funds teacher-preparation programs to partner with high-needs districts with the goal of better meeting students’ needs within these districts. The $43 million program has supported innovations in the teacher preparation field, such as teacher residencies, and provides the opportunity to gain evidence about what works best in a field

President Trump is also calling for the elimination of funding for after school and enrichment programs. Several programs under Title IV of ESSA (21st Century Schools), which the Administration believes are duplicative of activities that can be funded under Title I, are slated to end. The Administration has proposed zeroing out the $400 million Student Support and Academic Enrichment Grants (SSAEG) program, a new program that was put into place by Congress to give school districts greater flexibility in using federal funds. Under this program, districts could choose to use funds for college and career counseling, after school STEM activities, arts, and civics. They could also use the funds to support drug and violence prevention, mental health, and physical education, or to increase access to technology and to targeted professional development opportunities.

Also being proposed for elimination are Promise Neighborhoods and Full Service Community Schools which provide comprehensive academic, social, and health services that support the needs of students, their families, and the community. The Administration states, again, that other federal funds such as Title I can support these activities.

A request for $43 million in funds for School Climate Transformation Grants is proposed to help schools support students impacted by the opioid crisis. Though this program is raised as a priority throughout budget documents, this request would actually amount to a roughly $25 million dollar cut to school safety activities--a stark figure given the number of school shootings that have occured in the first two months of 2018 has reached double digits.

The list of programs slated for elimination goes on. The budget also proposes the elimination of the Department of Education’s technical assistance centers, namely the Regional Educational Laboratories and Comprehensive Centers, using the rationale that ESSA formula grant funds can be used instead “to address unique technical assistance needs” of states. This rationale ignores the inefficiencies of providing research and development assistance to individual states rather than continuing a regional R&D approach. The budget also proposes eliminating funding for statewide longitudinal data systems that help districts make data-informed decisions to improve student outcomes.

And the proposed budget eliminates American History and Civics Education, Arts Education, and International Education programs that aim to improve Americans’ understanding of foreign languages and cultures. The budget also proposes cutting Gifted and Talented Education with the troubling rationale that “limited Federal education dollars should be focused on our most disadvantaged children,” a statement that reinforces the misperception that “disadvantaged children” are not also among the gifted and talented. Even NASA takes a big education hit, as its Office of Education and all related programs and resources are zeroed out.