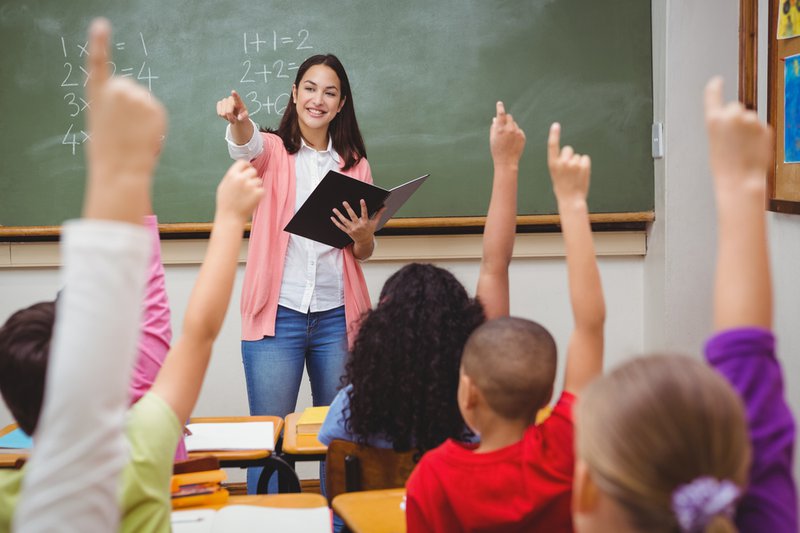 Last March, Utah’s Governor Gary Herbert signed Senate Bill 152, Accelerated Foreign Language Course, into law. The bill effectively scaled up the state’s already robust dual immersion initiative from a K–12 to a K–16 program by creating opportunities for high school students to enroll in college-level foreign language courses. As Ofelia Wade, Utah Spanish Dual Immersion Director, said at the Department of Education’s recent Multiliteracy Symposium, high school students can take the AP language exam in their freshman or sophomore year, and then take two to three years of college-level courses while still in high school. The state hopes that the initiative will help “increase accessibility and the reality of college enrollment for many of our minority students.”

Even though the state is at the forefront of efforts to ramp up dual immersion education — they have 187 programs that serve 32,000 students — Wade acknowledged that Utah’s programs still faces a host of challenges. These include staying true to the program model to ensure proficiency in the target language (Utah offers programs in Portuguese, Spanish, German, French, and Chinese). Specifically, the state requires programs to split instruction 50/50 between English and the target language. That is done by allocating specific subjects (e.g. math, language arts) and time to each. For example, in first grade, students receive math instruction in the partner language, which works out to 20 percent of the instructional day. Additionally, all elementary programs have two teachers at each grade level: one who is responsible for English instruction and one who is responsible for instruction in the target language, which allows for an intentional separation of the two languages. These three features are essential parts of program implementation.

No surprise, I suppose. It’s fun to talk about the exciting, multilingual, multicultural, cosmopolitan outcomes of well-run dual immersion programs. But it’s mundane, verging on mind-numbing, to dig into the difficult work of designing and implementing programs that are actually well-run.

Luckily a team of researchers from the RAND Corporation, American University, American Councils for International Education, and Portland Public Schools recently released a paper that helps fill this gap. Their study, Teaching Practices and Language Use in Two-Way Dual Language Immersion Programs in a Large Public School District, examines two aspects of program implementation: teaching practices and language use by teachers and students.

This is the same team who found that the dual immersion programs in Portland Public Schools (PPS) led to significant gains in students’ reading achievement and faster rates of reclassification (e.g. exit from English language services) among dual language learner (DLL) students. Given those findings, you would expect fairly solid program implementation from PPS. After all, a program’s outcomes are only as good as its implementation. As the authors point out, simply having the “dual immersion” label does not ensure that a program will be high-quality and produce measurable outcomes for students.

“As the number of these programs continues to grow, the question of how these programs are implemented is as important as why because fidelity of implementation influences the extent to which the programs might achieve the desired outcomes.”

To find out more about how these programs were being implemented, the research team conducted 131 classroom observations over a period of two years in one-way, two-way, and English-only settings. To assess whether there were differences in teacher instruction between dual-immersion and English classroom, observers used a five-point scale (0 = no evidence to 4 = completely evident) to rate classroom teachers’ use of 14 instructional practices consistent with the Sheltered Instruction Observation Protocol, a common instructional method used to support DLLs. They found that, on average, teachers were consistently implementing these strategies in both dual immersion and English-only settings. These findings suggest that “any academic benefits of dual language immersion are likely to accrue through the acquisition of two languages in the classroom rather than in systematic differences in teaching practices.” In other words, students’ academic gains in dual immersion programs don’t appear to be simply a function of having more effective teachers in those classrooms. The multilingual model appears to be an important variable.

When it came to teachers’ and students’ language use, the findings were more mixed. For the most part, dual immersion teachers stuck to using the target language during instruction — with over 57 percent speaking the partner language 100 percent of the time and 40 percent adhering to the language 90-99 percent of the time.

Students’ use of the target language was more variable and influenced by who they were speaking to. Specifically, students were more likely to adhere to using the target language when speaking with their teachers than when talking to their peers. That’s not surprising given that students in these programs are developing two languages and so may use them interchangeably or lean on their dominant language. (I’ll never forget the time I visited a kindergarten Spanish-English dual immersion program and one of the students kept telling me to stop speaking in Spanish and yelled “English! English! English!”)

To explore this topic further, the authors examined the opportunities for language use in the classroom and found that in 55 percent of observed class periods, students were asked to produce speech of four words or longer. They assert that this “suggests that students were being given opportunities to produce speech to a meaningful extent, as compared to only short utterances that would give them little practice.” In other words, Portland Public Schools is running dual immersion programs that make oral language development a priority. Indeed opportunities to speak and use the language are essential to developing proficiency. The researchers caution that the cognitive advantages of bilingualism are contingent on the “active use of two languages” and suggest programs enhance teacher professional development geared toward addressing this issue.

Dual immersion programs are on the rise across the country. But, as the study’s authors caution, “As the number of these programs continues to grow, the question of how these programs are implemented is as important as why because fidelity of implementation influences the extent to which the programs might achieve the desired outcomes.”

And the desired outcomes reach beyond biliteracy and bilingualism. They include closing the achievement gap for DLLs, children of color and low-income students, and spurring a state’s economic growth and global competitiveness.

To be sure, the risks for poor program implementation are just as consequential. The rising popularity of dual immersion programs is providing a resurgence in the view that multilingual educational models are the best instructional model for DLLs and paving the way for reimagining DLL education in several English-only states (like California and Massachusetts). But that relationship is fragile. If program implementation is rushed or not monitored, it could lead to low-quality programs that produce weak outcomes. And that could lead to a resurgence of English-only rhetoric and policies. So yes, program implementation is boring, but it’s also the key to ensuring that dual immersion doesn’t become just another fad in education.