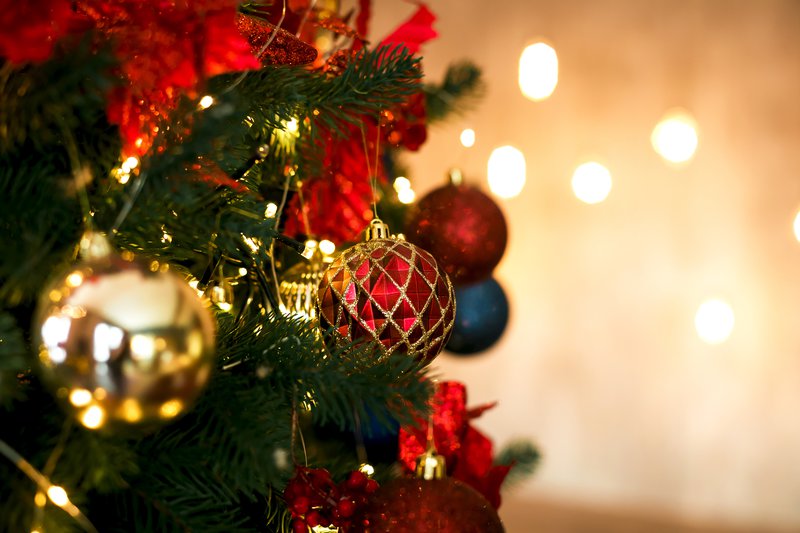 Check out the press release, appropriations bill text, and report for the bill for more details.

Congress has finally reached a deal to fund the government for fiscal year 2020, and not a moment too soon -- the fiscal year began almost three months ago and has been funded on temporary funding bills since then. With the latest temporary spending measure set to expire on December 20, Congress this week announced a funding bill that increases defense and nondefense spending compared with last year’s funding levels by a collective $49 billion, including $1.3 billion more to the Education Department.

The spending bill is expected to be passed into law--and signed by the president, thanks to a deal struck on border wall funding--this week, before Congress formally adjourns for the holidays. We’ve rounded up some of the major highlights of the education components of the spending deal.

The funding bill brought some holiday cheer to the early childhood education community. The Department of Health and Human Services (HHS) Administration for Children and Families (ACF), which oversees the federal government's main early education programs, received a $1.2 billion boost above the 2019 level, $6.1 billion more than what the Trump administration requested. Head Start, Early Head Start, the Child Care and Development Block Grant (CCDBG), and the Preschool Development Grants program are all housed in ACF.

In FY 2020, CCDBG, which provides funding to states for child care subsidies for low-income families, will receive $5.8 billion, an increase of $550 million. The Center for Law and Social Policy (CLASP) estimates that this funding could serve up to 33,600 additional children. Last year, funding for CCDBG increased by $50 million and the program received a historic funding increase in FY2018 of $2.37 billion over FY2017 levels. While this is another step in the right direction, it’s important to remember that the program does not receive nearly enough funding to serve all eligible children.

Head Start, which provides comprehensive early childhood education to low-income families, will receive $10.6 billion, also an increase of $550 million. Of this increase, $100 million is specifically to be used for expanding Early Head Start and Early Head Start-Child Care Partnerships. A boost to Early Head Start, which provides essential services to pregnant women, infants, and toddlers, is greatly needed as the program currently only serves 7 percent of eligible children. There is $250 million set aside for quality improvement that lawmakers want to see focused on trauma-informed care to address adverse childhood experiences. This includes better equipping the Head Start workforce to support children and families facing such challenges.

The Preschool Development Birth through Five Grants program will be funded at $275 million, an increase of $25 million. This program provides funding for states to improve their early childhood systems and the overall quality of early education programs. In December 2018, 46 states and territories received grants to conduct birth through five needs assessments. This year, 46 states and territories submitted proposals for renewal grants and seven states applied for an initial grant. ACF is expected to select 23 grantees by the end of 2019.

Spending for PreK-12 education aligned with the upward trends in early education and higher education, but the overall takeaway is that the increases won’t lead to measurable differences at the local level.

First, the bill provides a $450 million boost to Title I, the federal program that provides funding to schools and local education agencies (LEAs) serving high concentrations of low-income students, pushing funding up to $16.3 billion. This modest increase is a step forward given that Title I appropriations have hovered around $14-15 million over the past ten years, but not likely to make a significant dent in the programs and services offered to low-income students.

Congress allocated $13.9 billion for special education, an increase of $410 million. As New America explained in a recent report, IDEA has never been fully funded. When the law was first passed in 1975, Congress pledged to pay for 40 percent of the overall average cost of educating students with disabilities; however, in recent years federal funding has stayed at around 16 percent despite increases in the costs of special education and number of children with disabilities. While the increase is welcome news, states and districts will still bear the majority of responsibility for covering the cost of special education.

The bill also provides increases for a range of other programs that the Trump Administration has proposed to eliminate such as Title II-A that provides grants to strengthen educator preparation and professional development and Student Support and Academic Enrichment State Grants that can be used to support school improvement or address pressing issues at the local level. Keeping with the trend, Title III funding, which supports the education of English learners, was increased by $50 million to $787 million — a welcome break from the stagnant funding pattern of the past four years. That adds up to approximately $10 more per EL student and falls below the funding level of $884,959,633 outlined in ESSA.

And new to the mix this year is $123 million for social emotional learning and “whole child” approaches that aim to address all components of a child’s healthy development. The funding is split between research efforts, professional development for teachers, school safety initiatives, and support for community schools.

In November, New America submitted comments to the Department of Education on its proposed revision to multiple aspects of the Civil Rights Data Collection (CRDC). These data are crucial to monitor equity in education, and we expressed concerns about the elimination of multiple data points around early childhood education, English learners, school finance, and educators. While the administration argued that the goal was to reduce administrative burden, lawmakers stated their concerns about the potential consequences of eliminating key data elements and are calling on the Department to brief them on “the proposed changes, how the changes reflect civil rights enforcement needs, information on the comments received on the proposal, an evaluation of the 2017-18 CRDC, and any impact on the mission and purpose of the CRDC and the Office for Civil Rights.”

On the higher ed side, Congress poured some new money into the Pell Grant program to increase the size of the maximum award by $150 over last year, from $6,195 to $6,345. That increase was particularly necessary given that an automatic annual increase to the Pell Grant expired a few years ago and hasn’t been renewed by Congress, forcing lawmakers to include any raises to the grant through the annual appropriations process.

Congress also increased funding for campus-based aid. They increased Federal Supplemental Educational Opportunity Grants (SEOG) to $865 million, an increase of $25 million over FY 2019, and Federal Work Study to $1.2 billion, an increase of $50 million. While the bill does nothing to fix the broken campus-based aid formula, it does send more resources to mostly low-income students through SEOG and reinforces the connection between college and work through Work Study funding.

But aside from the new dollars for higher education, Congress also spelled out some new directions for the Education Department. On the agency’s forthcoming student loan servicing platform, dubbed Next Gen, Congress provided some new money, but again conditioned it on ensuring that the system allows for multiple servicers (not just one) to receive contracts. Lawmakers also directed the Department to increase accountability for student loan servicers under the current contracts in the meantime. And while the report asks for a briefing on implementation of the “Temporary Expanded Public Service Loan Forgiveness” (TEPSLF)--a largely unspent discretionary fund for the borrowers who missed one or more of the PSLF eligibility requirements--it doesn’t direct even more dollars to the existing pot of money.

Earlier this month, Congress (in a sudden, unexpected burst of productivity) passed a higher education law! This will continue recently-expired funding for Historically Black Colleges and Universities and other Minority-Serving Institutions and also allow data-sharing with the IRS to streamline the process of applying for federal aid and to enable borrowers to remain enrolled in income-driven repayment plans more easily. The appropriations language directs the Department to implement that law “swift[ly]”, and to further simplify the FAFSA however the Department can. It also asks the Education Department to report back to Congress on efforts to automate the process of granting student loan discharges to totally and permanently disabled borrowers, including (but not limited to) veterans.

And on the increasingly popular topic of restoring Pell Grant eligibility to incarcerated individuals, Congress is asking for a rigorous evaluation of the Department's Second Chance Pell experiment, launched in 2015. That evaluation, following a recommendation from GAO earlier this year, would make a significant contribution to the field -- as we wrote in a report last year, the Department has rarely learned much from its past experiments. Our own research has found that prison education programs, particularly college programs, give incarcerated individuals the skills they need to succeed upon reentry.

Overall, the Employment and Training Administration received $9.3 billion, which exceeds the President’s request by $1.4 billion and 2019 funding by $178 million. This increase--and sizeable investment above the White House budget request--signals strong interest from Congress in supporting programs that prepare Americans for jobs in a variety of ways.

First, the spending bill introduces $40 million of funding for a new program called “Strengthening Community College Training Grants.” These grants to consortia of community colleges and universities working with them are designed to increase institutions’ capacity to provide training in high-demand occupations. While much smaller, this grant program has much in common with the Trade Adjustment Assistance Community College and Career Training (TAACCCT) program introduced at the height of the Great Recession. TAACCCT funds empowered colleges to design and build new programs, enhance student support services, and leverage shared learning among consortium institutions to improve practice across the board. In partnership with Bragg & Associates, our team recently published a series of briefs on the TAACCCT program, including a meta-analysis which found that TAACCCT had a positive, significant impact on both education and labor market outcomes. We will continue to keep our eye on this exciting new funding and work to inform its implementation through lessons learned from our TAACCCT research.

Three key programs that the White House proposed to eliminate in its budget are instead receiving a boost in funding in the spending bill. The Community Service Employment for Older Americans Program, which provides funding to nonprofit organizations that subsidizes wages for low-income seniors, received $405 million, over last year’s $400 million. Meanwhile, Women in Apprenticeship and Nontraditional Occupations (WANTO), a small grant program supporting women’s training in fields where they are historically underrepresented, received $1.3 million compared to $1 million in 2019. Finally, the President’s budget proposed eliminating the National Farmworker Jobs Program, which provides employment and other assistance to seasonal and migrant farmworkers. Instead, Congress appropriated $92 million, an increase of $3 million over 2019 funding. It’s heartening to see these programs that offer training and resources targeted to workers who are vulnerable or underrepresented factor into Congress’ budget, despite a lack of support from the White House.