In the Wake of Its COVID-19 Failure, How Do We Restore Trust in Government? 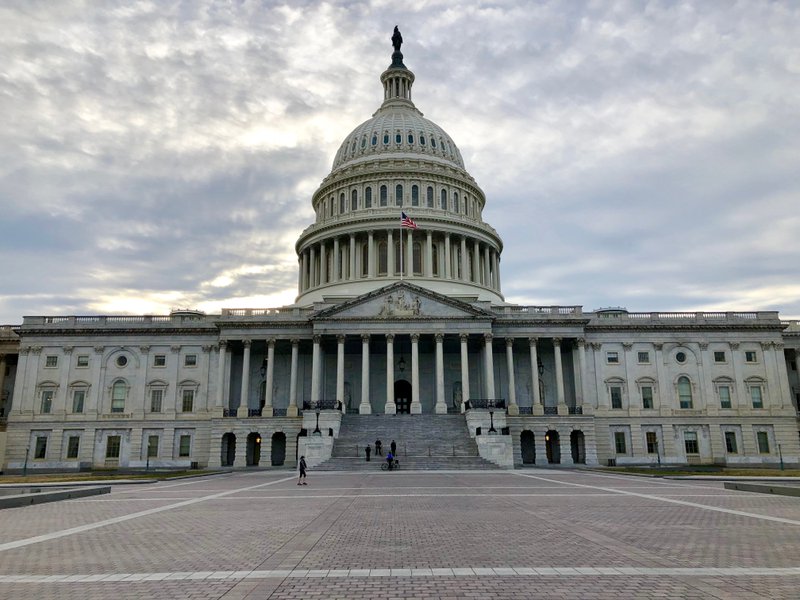 Several years ago, I was involved in the attempted launch of an organization intended to restore public faith in government. This was during President Obama’s second term, when pervasive lack of trust in government was prolonging the pain of the Great Recession, and Obama’s ambitious vision had descended into a grinding squabble about budget deficits. Despite best efforts and great leadership, the idea didn’t quite catch on. Funders lost interest, and by 2017, even the organization’s carefully chosen name, Indivisible, had been claimed by one of the country’s earliest and most successful anti-Trump resistance groups.

One critique we often heard while trying to launch Indivisible was that we shouldn’t treat skepticism in government as a public relations problem. Americans distrust government for good reasons: Some people we talked to observed that long lines at the DMV, the only physical space most of us encounter a government agency, made them assume the worst about every other arm of government. Others noted that for many low-income people and people of color, interaction with government often entails the routine brutalities of the criminal justice system or the paternalism and complexity of welfare and Medicaid.

With the current pandemic and recession, we’re witnessing the most tangible and consequential failure of government in recent U.S. history. Few of us will forget the ongoing tangle of errors, deceptions, and corruption that’s led to tens of thousands of unnecessary deaths, along with a shutdown of the economy and communal life. While we may be confident that a different president could have done better, historical counterfactuals are cold comfort in a crisis. Our attitudes about government will be indelibly shaped by these first several months of 2020, much as older generations were shaped for decades by the success of competent government during the New Deal and the postwar era.

But it’s also distrust in government that’s led to this situation. For four decades, denigrating the public sector has been the primary note in our national politics. Due in part to a polarized government’s inability to respond sufficiently to the 2008 recession and its long aftermath, Americans elected a president in 2016 who promised, “I alone can fix it”—launching an accelerating attack on “the administrative state” and leaving key agencies in the hands of unqualified, indifferent leaders or acting directors.

Thus, lack of trust in government can be a circular, self-reinforcing phenomenon: Poor performance leads to deeper distrust, in turn leaving government in the hands of those with the least respect for it.

Yet, as New York Governor Andrew Cuomo tweeted, “Government matters today in a way that it hasn’t mattered in decades. People need confidence in government.” The question is, how do we break the cycle of distrust and neglect?

One lesson we learned while developing Indivisible was that treating citizens like customers doesn’t deepen their attachment to public institutions. The “Reinventing Government” effort led by Vice President Al Gore in the 1990s distributed cards to federal agencies with its mission statement—which started with, “Putting customers (the American taxpayers) first.” That project, as well as comparable efforts to improve public-facing services at the state and local levels, brightened the experience of interacting with government (at the DMV, Social Security and the IRS). However, general public trust in government, and particularly in the federal government, continued to slide, along with faith in most other institutions.

A flaw in the customer-centered model is that it assumes people draw a sharp distinction between the side of government that delivers services and benefits (i.e., the bureaucrats and civil servants) and the political realm of politicians, elections, and legislation. People don’t, and there’s no reason why they should. Research shows that when asked about government, people don’t see the DMV; instead, respondents talk about a rigged political system dominated by the ultra-wealthy. A friendly, efficient counter clerk won’t erase the image of an entire system designed to perpetuate the advantages of the very privileged. As political scientist Jamila Michener wrote in her book Fragmented Democracy, lower-income people’s experiences with dehumanizing government processes, such as applying for Medicaid, shapes their experience as participants in democracy.

But this is also a healthy sign. The fact that citizens have broader expectations for society, rather than simply viewing themselves as customers, means they’ve already absorbed a basic principle on which democratic self-government rests. It also means that restoring trust in government requires addressing campaign finance, lobbying, the unquestioned assumptions underlying policy (such as the need to reduce the federal deficit), and the many ways in which the wealthy reinforce their advantages in the political process.

A second problem with the customer-service model of trust in government is that it omits the dimension of power. It assumes performance and trust have a natural, almost mechanical relationship: If government performs better, people will have more trust in it, and vice versa. But as we’ve seen in the Trump era, many economic actors benefit from mistrust in government. It gives them cover for deregulation, tax cuts, or simple corruption. Familiar political rhetoric about the failures of government helps this cause, but poor performance itself gives them an added advantage.

As if to prove this point, as I was writing this article, Trump expressed his support for anti-lockdown protesters, implicitly attacking the judgment of state leaders. By fostering distrust in government, Trump is seeking, not for the first time, to strengthen his own political power.

For the same reason the public doesn’t draw a distinction between politicians and public employees, politicians have a rich opportunity—and obligation—in this moment to demystify government and remind people of its importance. Many candidates in the current cycle have pivoted, at least temporarily, to COVID-19 relief efforts—including fundraising for charities and donating food. Rep. Katie Porter of California is one of several members of the class of 2018 who has worked to circulate information about COVID-19 and recently enacted government programs through livestreams and other means. In Oklahoma, a Democratic member of Congress joined with a Republican mayor to hold a virtual town hall on the pandemic, drawing almost 8,000 participants. In times of anxiety and confusion, politicians and elected officials can play an essential role in reconnecting citizens to their own collective voice and power.

Government also engenders distrust through its complexity and inaccessibility. The endless forms, reviews, and personal information required for programs intended to serve—such as a subsidized health plan under the Affordable Care Act or benefits delivered in the form of tax credits—create a barrier of uncertainty and confusion. That complexity, often the product of political compromise, deepens mistrust, even if those who need benefits ultimately get them.

Promisingly, the federal government’s frantic COVID-19 response led to an improvisational experiment with near-seamless benefits: a $1200 relief payment to many households, which will arrive without any forms or procedures. While Trump’s request to add his name to the checks will add days of unnecessary delay, the move at least signifies his recognition of the political value of uncomplicated benefits during a time of crisis.

There’s also a lack of clarity about the unique responsibilities of federal, state, and local governments. When government fails or succeeds, citizens don’t know whom to hold accountable, or whom to credit. The pandemic response has dramatically revealed the absence of clear lines between federal and state responsibilities, but in some ways, the last decade has revolved around conflicts between states and the federal government, such as the expansion of Medicaid under the Affordable Care Act. As Marquette political scientist Philip Rocco wrote earlier this month, the debacle is “less the product of any ‘American Federalist System’ than of the absence of a system––or of an arrangement whose elements simply cannot be coordinated with one another.”

After Trump’s election, there were calls for “progressive federalism” as a response, in which states would find their own ways to achieve goals like protecting workers’ rights or reducing carbon emissions. The crisis has shown the limits of that naive hope, as states scramble and compete to purchase necessary supplies and implement their own decisions about safety—even while knowing their efforts could be undermined by other states or the federal government.

The crisis has scrambled many economic and social priorities, but the need to restore trust in government remains urgent. We need to acknowledge where government has failed, understand why, and commit to building democratic institutions that are worthy of trust—institutions that reflect our collective values and that are capable of effectively responding to present and future challenges.