Democracy Between the Lines 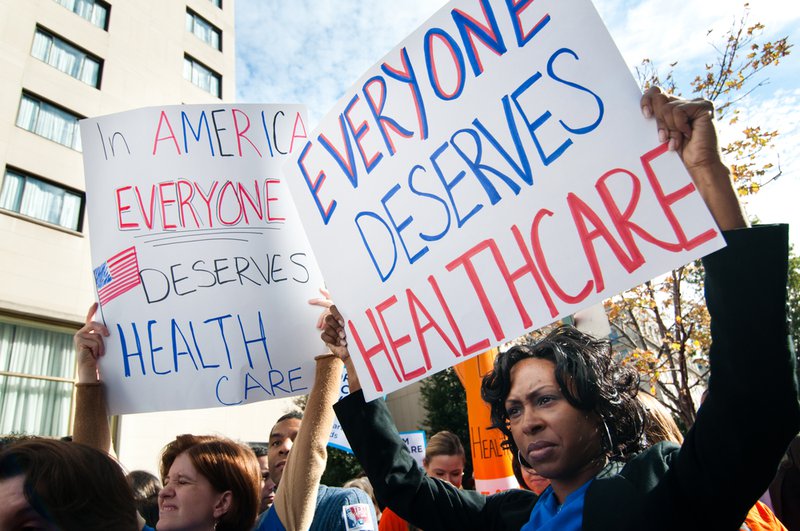 While interviewing Medicaid recipients for her new book Fragmented Democracy, Jamila Michener, an assistant professor of government at Cornell University, met a woman whom she refers to in her book as “Mabel.” When Michener asked Mabel about how she perceived the American Dream, Mabel retorted: “What American Dream? It’s a nightmare.” She then described to Michener having to decide between food and diabetes medication, and how the process of enrolling for Medicaid was so burdensome and demeaning that she eventually stopped participating altogether.

Tragically, and frustratingly, Mabel’s story is only one among many Michener has heard from people across the United States, about how Medicaid is failing the Americans whom it’s supposed to support and uplift. In fact, the problem is so pervasive that Michener has said before that the topic came to her organically, via conversations with community members. What struck Michener about these interactions was that even though she initially asked individuals only about the American Dream and democracy, people still routinely brought up health care without any prompting from her. Specifically, people talked about how their experiences with health care were impacted by where they live.

Take, as another example, a man referred to in Fragmented Democracy as “John.” For him, disparate Medicaid resources across states acted as a barrier to pursuing his dream to start a new life away from home. And for the college student “Daphne,” Medicaid stipulations prevented her from seeking emergency medical care while at school, which was outside the state in which she was enrolled in Medicaid. This signals how people’s interactions with Medicaid map onto various inequalities, which in turn serve as a window into the practice and perils of federalism in American policymaking.

Understanding these geographic disparities, and how they affect people’s political engagement, was the focus of a recent New America event, “Democracy Between the Lines: Medicaid, Federalism, and the People’s Trust.” A central part of the conversation, which featured experts across government, academia, and journalism, including Michener, hinged on the idea that the voices and lived experiences of individuals like Mabel, John, and Daphne ought to be stitched into the policymaking process.

It may seem intuitive that policy practitioners would, at the very least, consult with the people most impacted by policy when constructing it. However, at the event, Michener detailed conversations with policymakers who admitted to including a grand total of zero Medicaid beneficiaries in processes meant to improve services and access for said beneficiaries. Perry Bacon Jr., a senior writer at FiveThirtyEight, said that in the run-up to the last attempt to repeal the American Health Care Act, there were no hearings because representatives didn’t want to confront the testimonies of the people affected. The event, moderated by Rachel Black, the director of New America’s Family-Centered Social Policy Program, incisively showed the severe consequences of the gap between the American people and the policy allegedly designed to empower them.

Building on Michener’s commentary, Reggie Gordon, the director of the city of Richmond’s Office of Community Wealth Building, discussed his office’s efforts on the ground to enact and bolster people-centered policy. In detailing his office’s “listening sessions” and ambassador program, he emphasized putting people’s dignity and value to the community at the forefront of engagement efforts. After all,  he asked, “if you aren’t a valued member of your community, how can you move it forward”?

A particularly poignant moment during the event was when panelists addressed an attendee’s question about how to improve Get Out the Vote efforts. Michener reflected on her brother’s explanation for his decision not to vote in the 2016 presidential election. When asked why he didn’t vote, he said, simply: “If I get pulled over twice a week, what am I voting for?” Indeed, there seems to be an upper bound for voter turnout, especially if there aren’t attempts to fundamentally change the ways in which the government interacts with the people it’s supposed to serve. As Avi Green, the executive director of the Scholars Strategy Network, also noted, it’s incredibly difficult to do the work of developing civic capacity when public policy—say, Medicaid—attempts to be race and class blind.

These remarks were similar to Gordon’s emphasis on people’s perceived value to their community. He in turn expanded on this, arguing that black Americans get the message that they’re second-class citizens. Leena Sharma, a senior policy analyst at Community Catalyst, agreed, adding that there’s a crucial need to personalize the stories of people around the country in terms of gaining support for Medicaid expansion from state to state. However, she also pointed out that there’s an erosion of trust in the government, which hurts the prospects of centering these stories in meaningful, effective ways.

Everything from excessive traffic stops to dehumanizing experiences with Medicaid shapes people’s perception of and relationship with the government. With the 2018 midterm elections on the horizon, it’s easy to forget that voting isn’t the gold star of political engagement, but rather part of a broader constellation. If civic infrastructure to fuel engagement isn’t nurtured, meaningful and sustained political participation from those on society’s margins might eventually become a moot point.