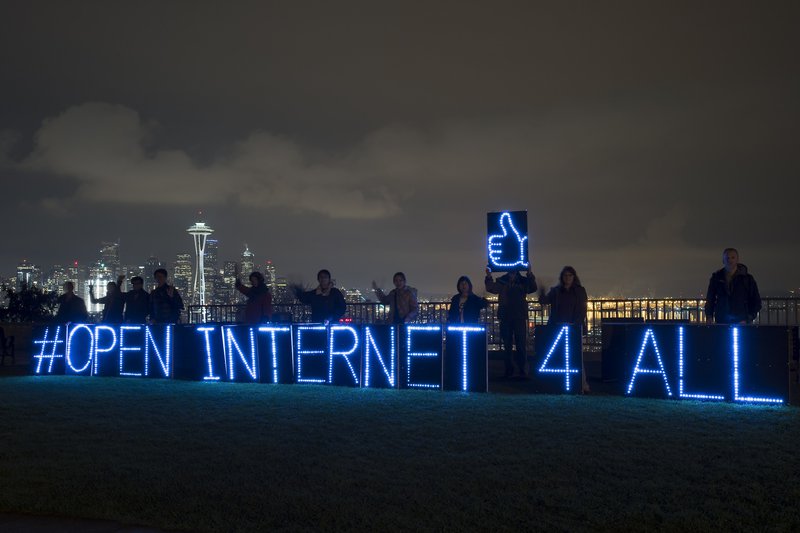 The net neutrality rules prohibited internet service providers (ISPs) from blocking and throttling content or charging internet companies for access to that ISP’s customers. These strong net neutrality rules were based on solid legal authority and were upheld not once, but twice by a federal appeals court. But the current FCC, led by Chairman Ajit Pai, is repealing the rules and effectively curtailing its authority over the internet by undoing the reclassification of the previous FCC that provided the legal foundation for net neutrality and many other important reforms. Now, the FCC is no longer the cop on the net neutrality beat, and all ISPs have to do if they want to engage in harmful practices is bury them in lengthy and complicated terms and conditions.

The FCC’s 2015 net neutrality rules were wildly popular, and hundreds of thousands of calls have been made to Congress in the wake of Chairman Pai’s announcement to repeal them. The rules were critical in empowering small businesses, small ISPs, and startups to compete against large companies in the growing internet economy. Other groups, including internet pioneers, engineers, entrepreneurs, artists, public interest advocates, and internet users, have voiced strong opposition to Pai’s repeal.

“Today the FCC chose to side with the biggest internet service providers while ignoring sustained public outcry from consumers, small businesses, entrepreneurs, advocates, and engineers. In a radical move that breaks from more than a decade of bipartisan precedent, FCC Chairman Ajit Pai has completely abdicated the FCC’s role in defending the principles of an open internet. The FCC will no longer prohibit harmful behavior from ISPs, but instead only require that ISPs disclose whether they engage in these behaviors in the tiny print of terms and conditions. This approach is not real transparency, and it certainly does not protect people from net neutrality violations. Indeed, it allows internet service providers to engage in nearly all of the practices that would have violated net neutrality under previous rules, so long as the providers disclose it. In the uncompetitive ISP market, that means every person who pays for internet service, especially those in rural and low-income communities, is at risk of having their internet access manipulated through blocking, throttling, and other pay-to-play schemes by their provider.”

“Although this is a big setback for open internet protections, this fight is not over. The FCC just won in court to protect its 2015 rules, and now Chairman Pai will have to defend the FCC’s decision to completely abandon those rules and the authority in which they were grounded a mere two years later. Congress is also unhappy with the FCC’s move and some members have already indicated they will consider undoing the rollback under the Congressional Review Act.”

The following quote can be attributed to Michael Calabrese, director of the Wireless Future Project at New America's Open Technology Institute:

“The repeal of net neutrality will hit consumers hardest when it comes to smartphones and other mobile devices. Mobile carriers have the ability and a strong incentive to impose data caps that coerce payments from online application and content providers, especially streaming video services that compete with their own content and affiliates. Removing non-discrimination protections for online content and services will result in toll gates that raise prices for consumers and stifle smaller, innovative, and non-profit web creators.”