What's the Right Thing to Do for Every Child to Succeed?

ESSA both strengthens and expands opportunities for early learning, birth through third grade 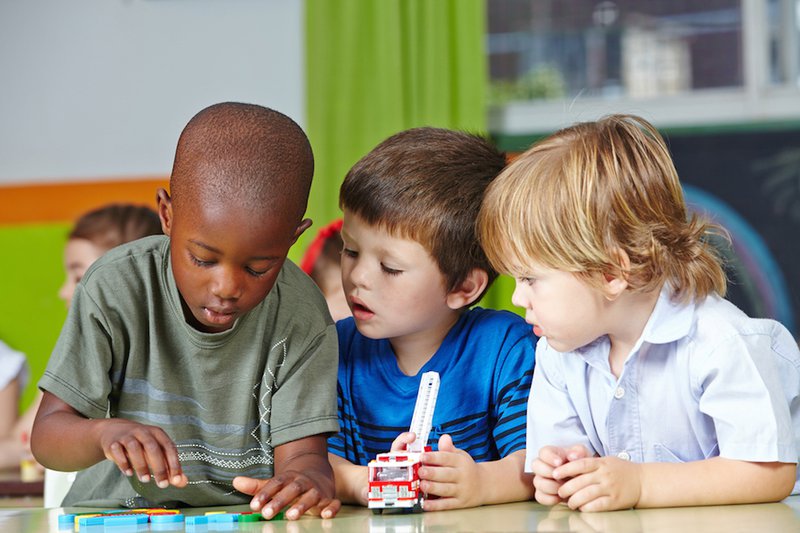 New America is proud to partner with the Center on Enhancing Early Learning Outcomes (CEELO) on this blog series highlighting early learning opportunities and challenges under the Every Student Succeeds Act (ESSA). In this week's post, Lori Connors-Tadros and Laura Bornfreund explain how ESSA provides flexibility and opportunity to states and districts to address the needs of young learners.

The Every Student Succeeds Act (ESSA) provides both significant flexibility and opportunity to state and local education agencies to increase access to high quality early learning programs, align and coordinate birth to third grade programs, and prepare and support highly effective teachers. These strategies, and others, that address the needs of young learners--particularly those most at risk of school failure-- are exactly the right things to do. Evidence suggests these strategies can help reduce the achievement gap, help avoid more costly interventions in later grades, and are highly valued by the public.

ESSA both strengthens and expands opportunities for early learning, birth through third grade. But as with the previous versions of the law, it remains up to state and local authorities to decide whether to invest. Earlier this year, New America and the BUILD Initiative released a paper that explored major provisions of ESSA and the implications for our nation’s youngest learners. Early education is mentioned throughout the law, but the most important opportunities for state and local leaders are in the following sections:

·       Title I: Improving the Academic Achievement of the Disadvantaged

Under Title I, ESSA focuses new, or in some cases renewed, attention to state support for local ECE programs, transition planning between ECE programs and kindergarten, family engagement, and school accountability for kindergarten through second grade. For the first time in Title II, early childhood educators are included in the definition of professional development, which means teachers of young children can be included in activities under Title II, whether they are teaching in a community or school setting. Title III provides states with formula grants to support education of dual language learners (DLL) starting at age three and to support development and implementation of effective preschool language instruction programs funded by local education agencies. This can include bilingual education programs. Additionally, Title III can be used to facilitate family engagement and provide teachers with professional development and capacity building to implement and sustain effective language instruction programs. Title IX includes Preschool Development Grants, a brand-new component of ESSA articulating a new framework for the federal approach to pre-K including 1) supporting strategic planning for high-quality early learning; 2) encouraging partnerships to deliver programs; and 3) maximizing parental choice in a mixed-delivery system.

In most places, incorporating early education into ESSA planning will not come naturally. ESSA puts the opportunity in place, but states and localities will need to develop and carry out implementation plans. In November 2016, CEELO Project Director, Lori Connors-Tadros proposed this challenge --  “...what if every state submitted an ESSA state plan that prioritized resources and strategies on children preschool to third grade?” in “Putting the ‘Every’ in ESSA: How States Can Prioritize PreK to Grade 3.” Some things have changed since November -- the U.S. Department of Education’s November 2016 regulations on accountability and state plans including a specific requirement to engage early learning stakeholders in state plans have been rescinded; and the simplified state plan template no longer specifically addresses early learning.  But we note the momentum and sense of urgency to prioritize our youngest learners has not waned in many states and localities. So far, about 14 states have submitted state plans to the U.S. Department of Education, with the final group of states submitting plans in September, 2017.

This is the right time for states to articulate how early learning priorities are aligned with their vision and long-term goals for student success. Children begin on their path to third grade reading proficiency and college and career readiness from birth, not when schools begin testing them. States clearly articulating a priority on early learning in their long range goals and describing linkages throughout their state plan to early learning priorities will be sending a clear message to stakeholders that they value children’s success from the start. A few early submitters have done just that.

New Mexico Public Education Department submitted its state plan to the U.S. Department of Education on April 3, 2017, stating: "New Mexico places a high priority on the early years, before kindergarten entry, to launch children on a path to school success. …These efforts in the early years are important strategies to achieving the goals established in “Route to 66”, ensuring that all children begin kindergarten with an equal opportunity.” Ashley Eden, Director of Strategic Initiatives for NMPED, and lead on the NM ESSA state plan development process, took pride in their stakeholder engagement process and worked closely with partners to embed early learning in their state plan.

Delaware Department of Education’s state plan also establishes this vision, declaring a goal of  “Every learner ready for success in college, career, and life” and including “high-quality early learning opportunities as one of 5 priorities” established at the outset of the plan.  Tennessee also has developed a vision for student achievement in its strategic plan, Tennessee Succeeds, with early foundations and literacy as one of five priorities of its state plan.

These states are clearly leading the way in putting early education at the forefront of school improvement and student success.  We will share some of the more promising strategies included in state plans on early learning policy in this blog series in the coming weeks. Look for posts on: