What's next for apprenticeship in 2019?

As a bipartisan vision for modernizing apprenticeship emerges from the Senate, the Trump administration takes another step down the IRAP road. 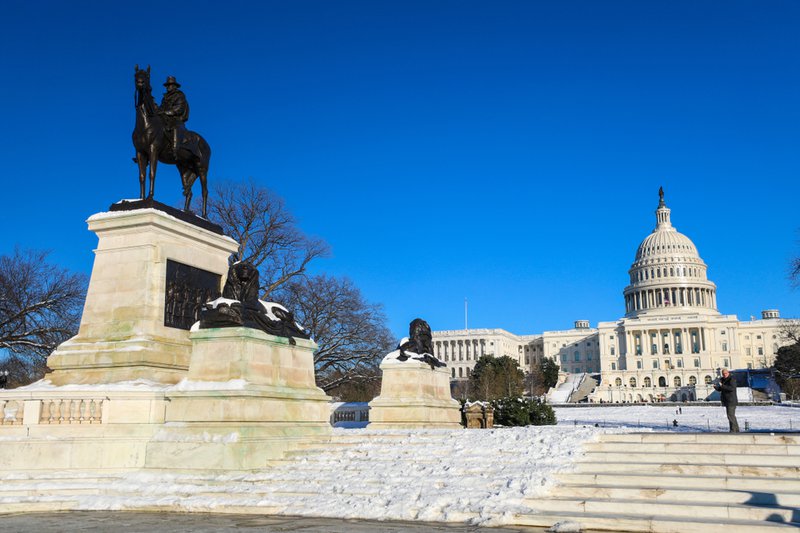 The last few months have brought important developments in federal and state policies aimed at the bipartisan goal of expanding apprenticeship opportunities. As a new crop of governors and Congress members enters office, two items on the federal docket are especially worth watching.

IRAPs and the EARNS Act take off—in opposite directions

Just before the end of 2018, an updated version of the EARNS Act was introduced in the Senate. Three years in the making, the bipartisan EARNS Act proposes an ambitious vision for modernizing the registered apprenticeship system. Sponsored by Senators Patty Murray of Washington, Tammy Baldwin of Wisconsin, Orrin Hatch of Utah (now retired), Tim Kaine of Virginia, and Tim Scott of South Carolina, the bill would support closer linkages between apprenticeships, colleges, and high schools; establish grant programs to develop and expand non-traditional apprenticeship programs; provide new resources to improve awareness of modern apprenticeship opportunities; and build the data infrastructure to help them grow.

A week later, the Trump administration announced its next procedural step in the development of its proposed parallel system of industry-recognized apprenticeship programs (IRAPs): the submission of an information collection request (ICR) to the Office of Management and Budget. Federal agencies use the ICR process to develop forms used to gather information in support of various programs. As part of the process, agencies must invite public comment on the form’s organization, contents, and burden to respondents.

The announcement in the Federal Register marked the second opportunity for public comment on the form DOL intends to use to vet prospective IRAP accreditors. The form still doesn’t provide any legal definition of an IRAP, however, nor any formal guidance on how to build one. If it sounds backward to design a process to select accrediting organizations to manage an accreditation system that doesn’t yet exist, that’s because it is.

Our team at CESNA emphasized this point when it responded both individually and as part of the Apprenticeship Forward Collaborative in the first comment period, which opened on September 20; we reiterated the concern in our second round of comments, submitted last week. DOL itself acknowledges the unorthodoxy of issuing the ICR ahead of its planned formal rulemaking for the IRAP system but argues that “preliminary practical and administrative steps” are in order given the importance of apprenticeship “to the future economic growth of the United States.”

Americans face enormous economic challenges in 2019. But rushing to implement the proposed parallel IRAP system carries risks the administration would be wise to consider. Federal recognition of IRAP accreditors could make the new programs eligible for state and federal aid, including G.I. Bill benefits, with limited oversight or quality assurance. Until the IRAP system takes shape through amendments to 29 CFR Part 29—the federal regulations governing the existing registered apprenticeship system—the accreditor vetting form in development through the ICR is premature.

What's next on the money front?

Regardless of how forthcoming regulatory changes from the administration take shape, or whether fresh apprenticeship legislation moves in the new Congress, federal funding for apprenticeship will continue in 2019.

Late last summer, DOL issued a funding opportunity announcement (FOA) outlining a new tranche of $150 million in grant awards for apprenticeship programs, derived from fees paid by employers to sponsor H-1B visas for workers coming from abroad. Eligible partnerships must include institutions of higher education, and their apprenticeships’ related instruction must count for college credit. Both of these qualities could help strengthen much-needed connections between our apprenticeship and higher education systems. The application window closed on October 16; after winners are announced in the early part of this year, there will be two cohorts of grantees out there using H-1B funds to support apprenticeship. It’s unclear whether there will be any additional grant funds issued to support apprenticeship programs later in 2019.

Congress continues to demonstrate its support for expanding apprenticeship. In 2016, DOL received $90 million in the first-ever congressional appropriation targeted specifically at apprenticeship expansion. Since then, this amount has climbed steadily—$95 million in FY 2017, then $145 million in FY 2018, then $160 million in FY 2019. In past years, these funds have been distributed by DOL through a blend of grants and contracts to states, national organizations, and other intermediaries—and to date, only registered apprenticeships have been eligible for these funds. We’re still waiting to see exactly how all the FY 2018 dollars will be spent, not to mention the latest pot of FY2019 money on top of it.

Continued federal investment in apprenticeship underscores the importance of a clear policy framework to direct public funds towards the soundest strategies, highest-quality programs, and best possible outcomes for workers and employers. As Congress and the administration take steps to advance their respective visions for crafting a modern national apprenticeship system, we’ll continue to watch its direction.

A short history of IRAPs

In the works since the summer of 2017, industry-recognized apprenticeship programs (IRAPs) are the hallmark of the Trump administration's apprenticeship agenda.

The Task Force on Apprenticeship Expansion, established by Executive Order 13801, holds its inaugural meeting in Washington, DC. The Task Force would convene four more times—twice in person and twice via web conference—through May 2018.

The Task Force's final report to the President contained 26 recommendations from its four working groups, emphasizing portability, quality, and data transparency, and recommending that the model begin with a pilot project. CESNA published a blog post with our reactions to the report.

The clearest available picture of what IRAPs might finally look like came in the form of a Training and Employment Notice (TEN), a type of non-regulatory guidance issued by DOL. The TEN sets out, "at a high level", the quality assurance process of IRAPs, overseen by "certifiers", similar to higher education accreditors.

DOL announces $150m in to support apprenticeship through sector strategies

DOL's Funding Opportunity Announcement (FOA) solicited applications for grants aimed at developing between 15 to 30 partnerships to expand non-traditional apprenticeship offerings. Though IRAPs are not mentioned explicitly, programs were not required to be Registered Apprenticeships in order to be eligible.

DOL's information collection request (ICR) aimed to develop a form to vet the industry bodies that would serve as IRAP accreditors or certifiers. CESNA submitted comments individually as well as in partnership with members of the Apprenticeship Forward Collaborative.

As of February 6, 2019, final grantees of the apprenticeship expansion through sector-based strategies initiative have not been announced.

The second, 30-day ICR comment period opened on Dec. 27, 2018 (see CESNA's responses). As the federal government was in the midst of a partial shutdown, documents containing DOL's justification in response to the first round of comments were not (and as of publication, still are not) readily available. Supporting documents include a revised information collection form, supporting statement, and an appendix containing DOL's responses to first-round comments.