What Americans Think of Apprenticeship 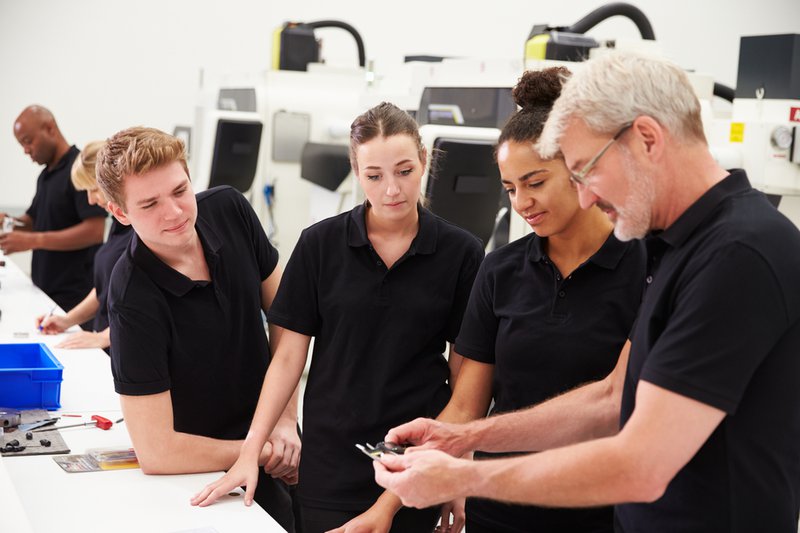 Even with clear political support, no one had asked what the American public thinks about apprenticeship. To close that gap, New America worked with Lake Research to survey over a thousand people on how they perceived these programs. What we found was what politicians already seem to know: apprenticeship enjoys significant bipartisan support. Not only that, Americans agree apprenticeship should have additional government funding.

Eighty-three percent of respondents supported increased government funding to support apprenticeship. That’s about the same percentage of Americans that admire scientists and firefighters. And that support crosses party lines. Ninety-three percent of Democrats and 73 percent of Republicans favor additional spending on these programs.

There is a disconnect between what Americans think is good for other people and what they believe is good for those closest to them. But we suspected people had a certain picture in their mind when they heard the term apprenticeship. A picture of blue collar jobs, something other than college, that would not facilitate career progression for students who chose that path.

We wanted to dig deeper. To do this, we conducted focus groups in Charlotte and Denver. In these focus groups, it became clear that while older people associated apprenticeship with blue collar jobs, younger people associated it with people in business suits. And parents and students were much more likely to embrace apprenticeship if there was a clear connection to and through higher education. They liked that apprenticeship offered experience and hands on learning. They liked that it was a postsecondary experience that was affordable and relevant to the job market. But they wanted to know that it would open more options not limit them. That is why they were focused on being able to build on the experience over time. And, because of this focus, the issues that caused concern included “credits may not transfer,” or “the number and type of fields were too narrow.”

These findings reinforced our belief that, for apprenticeship to expand beyond a relatively narrow set of occupations, it must be more tightly connected to the higher education system. To facilitate this, we recommend in our recent paper that the government:

Americans believe apprenticeship deserves more government support. They believe that it does an effective job preparing people for the labor market. With some policy change, we can begin to scale it and connect it to higher education. This will make apprenticeship an accepted way to gain a postsecondary education but without the debt or the uncertainty about job prospects upon completion.