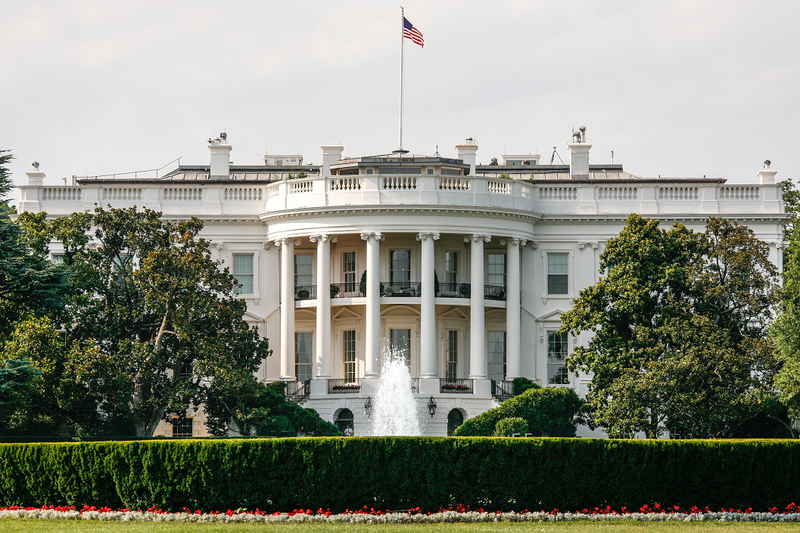 Expanding apprenticeship opportunities for Americans of all ages continues to enjoy bipartisan public support. Efforts over recent years in states and communities to innovate on the ground and to expand apprenticeship to new industry sectors like healthcare, financial services, and cybersecurity are benefitting from an ever-tightening labor market.

In 2017, the Trump administration seized on this national momentum, endorsing an apprenticeship moonshot, and putting out an Executive Order establishing a Task Force on Apprenticeship Expansion. Yesterday, nearly one year and four meetings later, the Task Force submitted itsFinal Report to the President. Co-chaired by Secretaries Alexander Acosta, Betsy DeVos, and Wilbur Ross, and made up of representatives from business, labor, and higher education, the Task Force was charged with providing a road map for acting on the administration’s desire to expand apprenticeship programs.

The Report’s recommendations are wide ranging, touching on some of the important steps that should be taken to expand apprenticeship to new populations and industries. Those include better integrating apprenticeship with higher education, building pathways for high school students to apprenticeship, building the apprenticeship research and evidence base, and calling out the value of competency versus time-based apprenticeship programs.

Most of the report, however, focuses on making it easier for more employers to start and run apprenticeship programs. The Report offers the best information to date about Industry-Recognized Apprenticeship programs (IRAPs), the centerpiece of the Administration’s apprenticeship push, first introduced in the 2017 Executive Order. There is some insight into the differences between Registered Apprenticeships and IRAPs, and the recommendations preview the role of new “third party” organizations responsible for both governing and implementing the proposed IRAP system. But details remain scant, and during yesterday’s final Task Force meeting Secretary Acosta signaled that more details are coming soon from the Department of Labor. In the meantime, the Task Force’s Report leaves a few big questions that will need to be addressed within forthcoming guidance.

What exactly is the role of IRAP certifiers?

The Task Force recommends the development of an IRAP system built around third-party certifiers, a role that seems set up to be filled by industry associations. Third parties like industry associations already play a role in expanding apprenticeship, working as intermediaries across multiple employers to set up and run programs – and they should play an even larger one. But IRAPs seem to envision outsourcing the quality assurance of programs to these third party groups as well, which is concerning; the Report itself acknowledges the risks of inconsistent standards and conflicts of interest that such a structure could present. Hopefully future guidance will clarify any role for third-party certifiers and establish clear guardrails that protect quality and accountability.

How will IRAPs be funded?

The Report calls for needed clarification about whether or how any funding will be made available to the third party IRAP certifying organizations, or whether the services they offer to employers will be funded through some other means. There is also the question of programs themselves. Against the backdrop of concerns about student debt, apprenticeship is seen as an affordable pathway to rewarding jobs. But the Report hints that IRAPs should be designed to be “more affordable for apprentices” and suggests that income-share agreements might be a vehicle for getting there, which is also very concerning. Income-share agreements require an individual to pay a specified percentage of future earnings to an entity that pays for their education. Apprenticeship is, by design, an earn-learn strategy. If apprentices have to pay back the full cost of their training, which they obtained while working and contributing to the firm, it would undermine one of the core elements of the approach and represent  a troubling departure from today’s system, where employers, not apprentices (or their future wages) are the main source of funding.

Will IRAPs be eligible for existing federal apprenticeship investments?

For three years running, Congress has appropriated funds to support the expansion of Registered Apprenticeship programs. The Report suggests that IRAPs should also benefit from those funds. It also offers a number of recommendations about connecting IRAPs with the public workforce system that will raise some complicated questions around funding. Specifically, will IRAPs also be automatically eligible for WIOA funds, a special status that Registered Apprenticeship program currently enjoy? If so, that will add additional strain to a system that is already underfunded, all while the administration seems determined to cut funding even more.

Easier for employers, but at what cost?

No doubt the north star of the IRAP strategy is to make it easier for employers to offer apprenticeship programs. That’s a good thing – without more employers, there cannot be more apprentices. But watering down the requirements of apprenticeship programs – namely, ones that protect apprentices by ensuring they get wage increases as they build new skills, as well as others that enhance participation of underrepresented populations – is a self-defeating approach. IRAPs would appear to strip both of these provisions.

Of course, the Report is the product of the Task Force, an advisory body with no policymaking authority. But these recommendations offer important signals as to where the administration could be headed with IRAPs. The Administration still has time to weigh some important questions. And the stakes are high. As the Task Force itself acknowledged in the Report, the biggest risk of the Trump administration’s moving forward with IRAPs as a parallel system to the existing, proven Registered Apprenticeship system is that "simultaneous reform and launch [of Registered Apprenticeship and IRAPs] could create uncertainties for key stakeholders, which could slow the needed expansion of apprenticeships in the United States.”

With plenty of work going on today in states, in communities, and across industries, American apprenticeship is heading in a promising new direction that benefits both employers and workers. The Trump administration’s embrace of apprenticeship was an encouraging sign that good policy ideas can still find homes on both sides of the aisle. The Executive Order elevated the issue and the Report advances the conversation around the need to better connect industry to the development and implementation of apprenticeship programs. But the Report still leaves many key questions around the development and design of “industry-certified” apprenticeships unanswered. We look forward to learning more about the Administration’s plans in the weeks ahead.