What Will It Take to Disentangle ECE’s Thorny Knot? 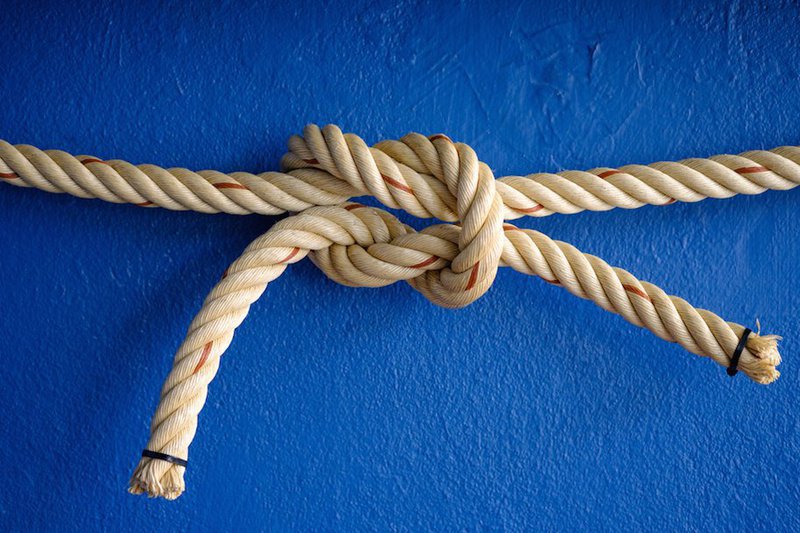 Moving Beyond False Choices for Early Childhood Educators aspired to create a public forum for helping disentangle early childhood education’s (ECE) three-stranded thorny knot — preparation and education, compensation and status, and workforce diversity and inclusivity. The series succeeded in presenting co-existing perspectives and accruing new insights, but revelations of new ways to respond to the challenge were less evident. Yet even though the hope of loosening the knot wasn’t realized, its individual strands were unwound a bit as the field’s diverse viewpoints exposed embedded nuances.

Launched in January 2018, the series sought to delve into the complexities, frictions, and mistrust entrenched in the interplay among the knot’s three strands. The series Introduction suggested that preparation and education, compensation and status, and workforce diversity and inclusivity had become entwined with one another, creating an increasingly difficult knot to disentangle as factions too often competitively grabbed tightly onto one or another of the strands. Yet after almost 18 months as editor of the series’ 31 blogs, I’ve concluded this initial metaphor warrants reconsideration.

The Call for Degrees

Four-year degrees became a field-wide “hot topic” with publication by the National Research Council of Eager to Learn: Educating Our Preschoolers in 2000 and its recommendation that preschool educators have B.A. degrees. An onslaught of conference sessions and publications debating the pros and cons ensued. Then in 2015, the Institute of Medicine and National Research Council recommended that lead early childhood educators, including infant and toddler educators, have bachelor degrees, extending the debate launched 15 years earlier. As evidenced by the series’ blogs, consensus regarding the merit of degrees for early childhood educators has yet to be achieved. There’s clearly more to unpack when it comes to the knot’s preparation and education strand.

As a result, I’ve rethought the origin of ECE’s thorny knot. I no longer visualize its existence as resulting solely from the interplay among its three strands. Rather, I see the knot as a proxy for a thorny question too often overlooked as a significant contributor to the field’s present confused state: What are the early childhood educator roles that comprise ECE as a field of practice and what are the preparation and education levels associated with each? Furthermore, lying just below the surface of this question is the fundamental uncertainty of whether ECE wants to have coherence and consistency as a field of practice.

While these are not newly articulated questions, interest in enhancing early childhood educators’ status and compensation, improving their practice, and professionalizing ECE as a field of practice has elevated these questions to a more visible and prominent position.

Seen in this light, the series has revealed that the knot’s threads are larger in number than initially envisioned and thickened by more complicated interactions. As the series makes evident, responding to the field’s thorny knot necessitates confronting issues of racism, classism, and gender; equity; practitioner competencies; higher education’s capabilities; access challenges; inclusion, whether referencing early childhood educators or children with or at risk of disabilities; and the too-often absent voices of early childhood educators. Series’ authors have blamed inattention to these issues for blocking inclusive practices and for impeding practitioners’ professional growth as early childhood educators, marginalizing their status, and undermining their abilities to facilitate good results for children, especially those struggling with achievement gaps deemed at risk for school readiness.

Some authors have responded to the revelation of these issues as an unwillingness to move beyond the field’s seeming fixation with well-worn arguments and/or reluctance to make tough choices, and/or unwillingness to push forward, tackling these issues along the way. As Carole Brunson Day aptly expressed it about half-way through the series, “let’s get on with this business.”

In light of conceptualizing ECE’s thorny knot as a proxy for a thorny question, however, I feel called upon to ask, “What are we to ‘get on’ with?”

Drawing from Barbara Bowman’s blog, some authors, such as Sue Russell, Jason Sachs, and Albert Wat, call for all early childhood educators to have the same education and the same compensation as public school teachers. Others, such as Luis Hernandez, Alberto Mares, and Fabienne Doucet, claiming insufficient research and/or inadequate sensitivity to diversity and inclusivity, propose AA degrees and CDA® credentials or an informal mix of training. Add to this mix Bowman’s novel framework and the recommendations recently put forward by the Power to the Profession Task Force.

As a public forum, the series has verified the range of views and experiences that co-exist in the ECE field, the desire of many to expand beyond the “usual” voices, and the nature and complexity of the logjams that too often are parsed as if separate issues rather than intertwined concerns.

While alert to the risk of falling into the abyss of inaction, I nonetheless think we need to be open to a different approach to unraveling the field’s thorny question and to unwinding and disentangling its strands. Given how long these issues have thwarted ECE’s development as a field, it would seem obvious that the “same ole” is not well serving the field or children and families.

We need to acknowledge that responding to ECE’s thorny knot cannot be tackled solely as a set of technical issues whose solutions await our discovery. Advancing ECE so its potential to fulfill its aspirations for children’s care and education and enhance its credibility as a field of practice necessitates transformation of the ECE system. Achieving this transformation, however, will be dependent on adaptive work and system leadership. Addressing the complexity of ECE’s challenges necessitates learning leadership skills customized to ECE’s multiple boundaries and substantial fractures. It is naïve to think it could be otherwise.

Acquiring these skills will assist us in expanding and deepening examination of the issues, ideas, and possibilities that the series has evoked. This next step is at the heart of a forthcoming New America compendium that will take Moving Beyond False Choices for Early Childhood Educators to a next level of insight about ECE’s thorny knot. In the absence of continuing this exchange, the ECE field risks repeatedly making choices that compound its fragmentation, increase inequities, and undermine a collective will to re-form ECE as a field of practice so its potential can be realized.

As a field of practice, ECE has entered into a new developmental phase. Not unlike children’s development, developmental processes are evolutionary, uneven, and long-term. Even as we press forward with a sense of urgency to affect meaningful improvements in program quality, workforce competence, and compensation, we must accommodate to the fact that transcending boundaries and transforming systems is creative work that calls upon us to venture into the unfamiliar with a spirit of learning, experimentation, and discovery.