What the Election Results Mean for Federal Early Ed Policy 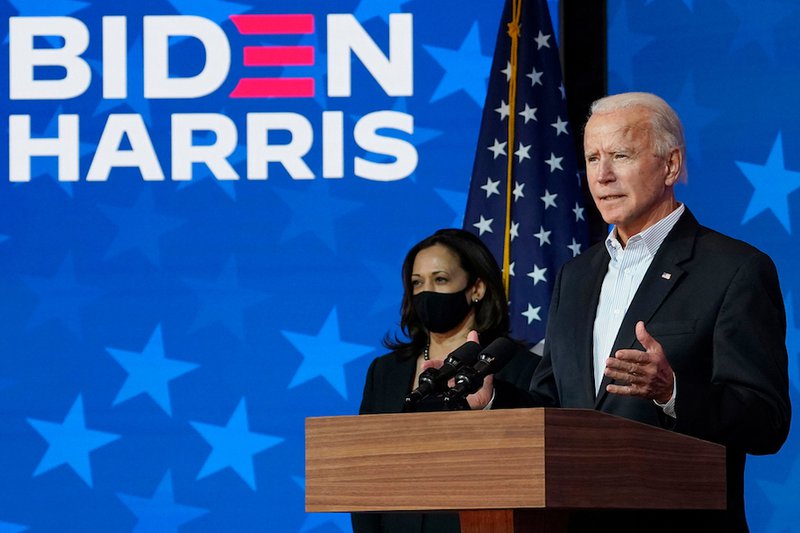 While several states are still counting their final votes and a handful of House contests remain uncalled, we now have a pretty clear idea of the overall outcome of the 2020 federal elections and their potential impact on federal early childhood education (ECE) policy. Advocates of expanding access to high-quality ECE won some major victories at the local and state level, as my colleague Abbie Lieberman recently pointed out. The elections at the federal level, however, were more of a mixed bag for those hoping for a major federal push for greater ECE funding and access in the near future.

In the presidential contest, voters turned out at the highest rate in more than 100 years and decisively selected Joe Biden over President Trump. With some votes still being counted, Biden leads in the popular vote by over 5.5 million votes and is on track to secure the largest share of the popular vote of any challenger since 1932. In fact, Biden will likely secure the same number of electoral votes, 306, that Donald Trump earned in 2016 and later called “an Electoral College landslide.”

Democratic enthusiasm over the presidential results is being tempered by the congressional election outcomes, however. Despite expectations of adding a handful of seats to their House majority and taking over the Senate, the Democrats instead will be operating with a slim House majority while overall control of the Senate hinges on the outcome of two Georgia runoff elections on January 5, 2021 in which Republicans are thought to have the upper hand.

The split decision delivered by voters will sharply limit the odds of turning President-elect Biden’s expansive ECE agenda into reality. Ensuring universal pre-K access for three- and four-year-olds or passing the Child Care for Working Families Act to reduce the financial burden of child care, for instance, would both require congressional action. Even if Democrats manage to win both of the Senate races in Georgia, they’ll be operating with a Senate split 50-50 between the two parties, meaning some Republican support will be essential to garnering the 60 votes necessary to overcome the filibuster. The difficulties of working with a divided Congress are already on display, with President-elect Biden urging Congress to come together in the lame duck session and pass a much-needed COVID relief bill that could include financial support for child care providers. Despite the pressure from Biden and the urgent need for more COVID relief, the chances of a bipartisan bill passing soon appear low.

The likelihood of a divided Congress has turned more attention to what President-elect Biden can accomplish on education policy through executive orders and regulatory actions that do not require the consent of Congress. A large portion of Biden’s regulatory agenda on education will be focused on higher education, such as student loan forgiveness for eligible borrowers, reversing Trump-era rules regarding the process for adjudicating sexual assault claims on college campuses, and reinstituting Obama-era rules around borrower defense to repayment.

But there are actions President-elect Biden is likely to take via executive order and regulatory action that will impact early and elementary education. Biden has promised to reinstate Obama-era guidance that helps schools looking to pursue desegregation strategies, such as changing school feeder patterns or altering admission procedures for competitive schools and programs. Biden is also likely to reinstate Obama-era guidance around school discipline designed to ensure students of color aren’t singled out for harsher punishment. The 2014 school discipline guidance made the case that schools could be in violation of civil rights laws if they disciplined students of color at higher rates than their white peers.

In the short term, a good indication of the Biden administration’s priorities on education policy will come in the selection of personnel to lead various departments. There’s an old Washington saying that, “Personnel is policy,” meaning policy is heavily influenced by the individuals tapped for top positions within the executive branch. The education transition team recently announced by President-elect Biden is made up mostly of Obama-era officials and union staff.

Since much of early education policy is run out of the Department of Health and Human Services (HHS), it’s worth keeping an eye on who’s nominated for HHS Secretary. Possibilities include former FDA Commissioner David Kessler, Secretary of the North Carolina Department of Health and Human Services Mandy Cohen, and New Mexico Governor Michelle Lujan Grisham. Governor Grisham would be an especially exciting choice for early education advocates since she has repeatedly stressed the importance of expanded funding for early childhood education.