2019 State of the State Addresses on Early Care and Education 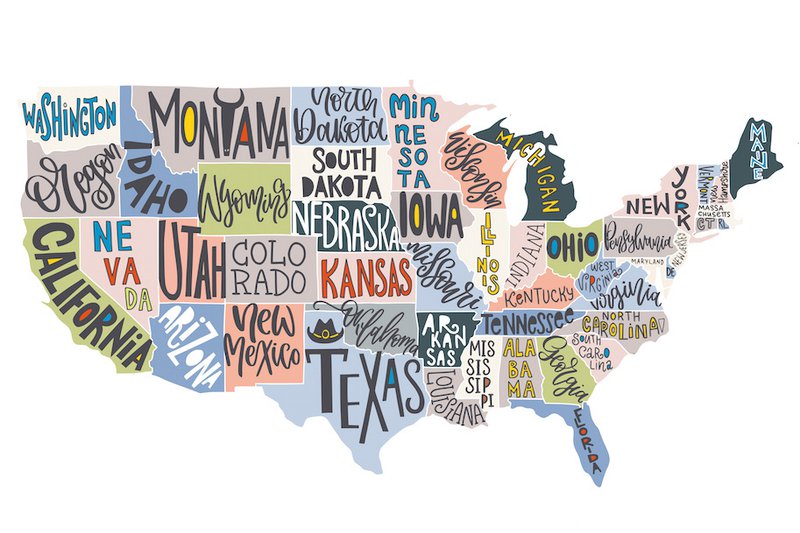 Now that January and February have passed almost all of the nation’s governors have delivered their annual State of the State address. These addresses are an opportunity for governors to set forth their legislative priorities for the coming year before an audience of state lawmakers. This year’s addresses were especially noteworthy for the early childhood community because many newly elected governors campaigned on promises to expand access and increase funding to early care and education programs. The State of the State address is an opportunity for these governors to show their commitment to using their political capital to turn campaign promises into legislative reality.

Highlights of each governor’s address can be found using this database created by the Education Commission of the States. Below I detail highlights from a few key states.

Polis also used his address to propose expanding pre-K access to 8,000 additional children. As of the 2016-17 school year, about 21,600 children were enrolled in the state’s pre-K program, serving about 23 percent of Colorado four-year-olds.

Second-term governor David Ige used his State of the State address to call for the creation of a universal pre-K system for four-year-olds in the state over the next several decades. Citing research showing early education as critical for brain development, Ige proposed starting the process of adding the more than 300 public pre-K classrooms he says the state will need for a universal system. The state has a long way to go to achieve universal pre-K access: its public pre-K program was launched during the 2014-15 school year and served only two percent of the state’s four-year-olds during the 2016-17 school year.

New Mexico’s first-term governor, Michelle Lujan Grisham, made expanded access to pre-K one of the marquee issues of her candidacy. In her January State of the State address, Grisham repeated her call for making universal pre-K for three- and four-year-olds a reality. Grisham pointed to evidence showing that dual language learners and children from low-income families often benefit the most from high-quality pre-K.

Grisham’s recent budget proposal calls for an additional $60 million investment in new pre-K slots with the goal of increasing statewide pre-K enrollment to 80 percent within five years. As of 2016-17, 35 percent of the state’s four-year-olds were enrolled in state-funded pre-K. Grisham has recently been urging lawmakers to devote money from a state trust fund to help fund early childhood education.

Since her election, Grisham has repeatedly expressed her support for a bill that would create an Early Childhood and Care Department and bring together all early childhood programs under one roof. Doing so could improve consistency and efficiency for families of young children. The bill passed the state Senate recently and next heads to the House for consideration.

In his State of the State address, second-term governor Jay Inslee highlighted plans from his budget proposal to expand pre-K to serve children from birth to age three as well as make investments in a variety of other areas related to early care and education. Inslee’s budget proposal includes a combined $173 million to provide universal home visiting and newborn assessments, build 142 more classrooms for the state pre-K program, and start a three-year pilot project modeled after Early Head Start (the state’s four-year-old program is modeled after Head Start). The pilot project would serve approximately 154 children ages birth to three in families with incomes below 110 percent of the federal poverty level with a combination of home visiting services and classroom time.

Inslee also highlighted his proposal for the creation of a statewide referral system connecting families with early learning services. The system would be designed to provide parents, educators, and home visitors with a centralized resource for understanding all the early learning services available in the area in an effort to make it easier for families to connect with other needed services.

Other States Worth Noting

The four governors highlighted above are just a few of the many who used their State of the State address as an opportunity to highlight various early education-related proposals. Montana Governor Steve Bullock requested an additional $8 million to expand the state’s STARS Preschool Pilot program. New Hampshire Governor Chris Sununu announced the creation of the State Director for Early Childhood Education designed to bridge the divide between the state Departments of Education and Health and Human Services. Governor Tom Wolf of Pennsylvania called for for lowering the compulsory school age to six and studying the costs and benefits of moving towards free, full-day kindergarten. Finally, Rhode Island Governor Gina Raimondo pledged to make universal pre-K a reality for four-year-olds throughout the state.

You can find a complete listing and summary of all the addresses here. After a midterm election with a heightened focus on ECE issues, I find it heartening to see a handful of governors elevating early learning issues in their annual speeches before lawmakers. As the 2020 presidential campaign gets underway, I expect we will continue to hear ideas and debate on issues of quality and affordable child care, universal pre-K, and full-day kindergarten.