Philadelphia's Mayor Took on Big Soda to Fund Pre-K, But Will it Pay Off?

Philadelphia Mayor Jim Kenney (D) passed a tax on soda and sugary drinks to raise funds for pre-K. The results are complicated. 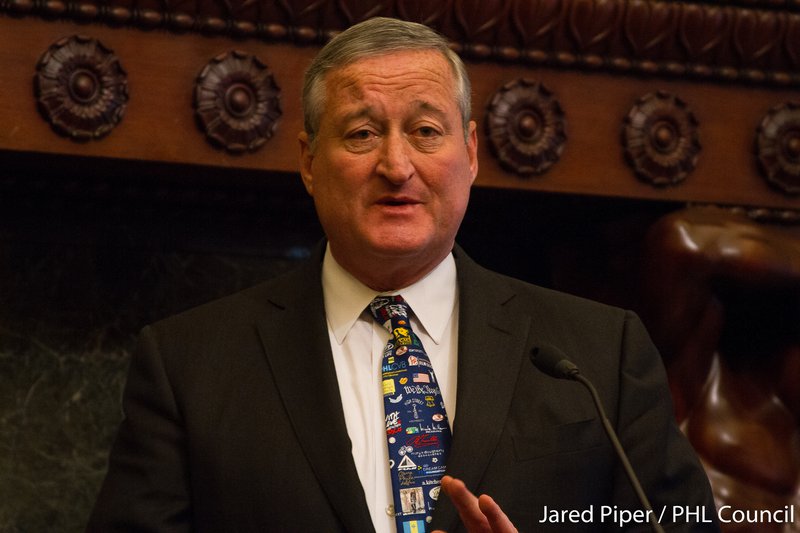 In June, Philadelphia Mayor Jim Kenney (D) won a vicious and public battle against difficult odds. In his fight, the mayor positioned himself on the side of all that is just and right, a champion of the more than 17,000 low-income three- and four-year-olds in Philadelphia who lack access to quality public pre-K. The foe? The American Beverage Association, the Goliath to Kenney’s David, who spent almost $5 million since March to defend the soda empire.

The City Council supported Kenney’s campaign in a 13-4 vote, passing a 1.5-cent-per-ounce tax on sugary drinks and diet sodas that the administration says will be used, at least partially, to fund a universal pre-K program. This adds a $2.16 tax on a twelve pack of Coke, raising it from $4.00 to $6.16, an effective 54 percent tax.

Many assert that Kenney succeeded in passing a soda tax where others have failed because the reason for levying the tax was more popular. Kenny and his supporters sold the tax as a viable source of revenue to fund pre-K for the city’s youngest learners, rather than a big-brother(ly love) initiative to force health upon the masses.

At first, the issue seems clear cut. A happy-ending tale where the good guy defeats the bad! But upon deeper investigation, the black and white of right and wrong becomes more gray.

The pro-tax side -- which included the Mayor, Philadelphians for a Fair Future, and pre-K and health advocates -- estimates the bill will raise $386 million over five years. Of this, $300 million would go toward expanding pre-K and community schools, and fixing parks, recreation centers, and libraries. Official spending and budgets have not been released, but if the administration was to spend all $300 million on pre-K, the tax could pay for approximately 34,500 pre-K slots over five years. Each year, it would give slots to 6,900 (about forty percent) of the more than 17,000 low-income three- and four-year-olds who currently lack access to quality public pre-K. This calculation is based on data from the Philadelphia Commission on Universal Pre-Kindergarten and the NIEER estimate that a high-quality pre-K program should cost around $8,700 per pupil.

Those against the soda tax feel that the Mayor Kenney’s actions deceived the public. Although the measure was sold as a way to fund pre-K, the actual legislation allocates nearly twenty percent to other causes: health benefits for city employees, re-sentencing of juveniles, and the city’s general fund. Of the remaining eighty percent, it’s unclear how much will actually go toward putting children in pre-K. And there are other financial concerns: community advocates are concerned that the tax is regressive; small business owners say it’s bad for business; the Teamsters Union, which represents beverage workers, claims it’s a job killer.

There is near consensus that pre-K should be expanded. Research shows that high quality pre-K is associated with positive outcomes for children who attend, including stronger readiness for kindergarten, better high-school graduation rates, and higher increased lifetime earnings, among other benefits. Some analyses estimate that for every $1 invested in high-quality pre-K, society reaps between $7 to $16 in benefits.

Mayor Kenney has certainly accomplished something by expanding Pre-K funding in Philadelphia, but there are concerns that his methods may prove harmful to the population he set out to help. There are two situations that could arise from the institution of this tax, hinging on how people react to a price increase on soda and sugary beverages. Both raise some concern over the equity and sustainability of Mayor Kenney’s mechanism of funding pre-K.

In the first, soda could turn out to be an elastic good, meaning that as price increases, consumption decreases. As a reaction to the increase in price, people could decide to buy healthier drinks as a substitute for the taxed beverages. While this could have positive impact on public health, it would also mean that the Mayor has inextricably tied a vital service to a declining source of revenue. He has expended political capital to do so, and may be unable to replenish this funding in the future, forcing himself into a future battle for pre-K funding from a different source.

In the second, soda could turn out to be an inelastic good, meaning that as price increases, consumption wouldn’t decrease all that much. In this case, the tax becomes regressive. A 2013 Gallup poll shows that low-income, non-white individuals (the families and students that Mayor Kenney aims to help) are the most likely to drink soda. Additionally, ongoing research suggests consumption of sugar can be addictive in ways similar to drugs, making it more difficult for people to respond to the change in price. So this tax could draw unfairly from the pockets of poor, minority populations.

Other cities should be cautious in following Philadelphia’s pre-K funding model. Although innovative, it may prove unsustainable depending on how people react. Others cities and states have found creative funding mechanisms that may prove more sustainable in the long-term. Denver, San Antonio, and West Sacramento fund pre-K through a voter-approved, dedicated sales tax. Salt Lake City used a pay-for-performance model, with an initial investment by Goldman Sachs [Full disclosure: there are questions about the methods of this experiment]. Seattle levies a property tax. San Francisco and D.C. fund their programs through set-asides. While none of these methods is perfect, they represent alternatives that may avoid the concerns raised above.

The broader issue is that states need to be so innovative to fund pre-K in the first place.  Despite all of the research showing pre-K’s benefits and return on investment, even the most motivated of local leaders have to resort to unconventional methods to find adequate funding for it. One idea to avoid this is to include pre-K in the state school funding formula, as Oklahoma, West Virginia, and Wisconsin do. While these funding formulas certainly have problems of their own, they do offer an option for more stable and sustainable dollars as well as a clear statement that pre-K is part of children’s education.