Universal Pre-K Could More Than Pay for Itself 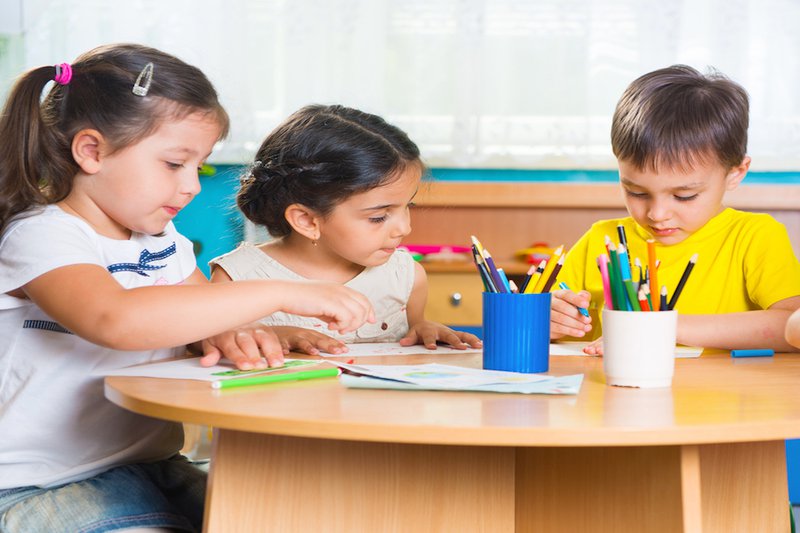 In his final State of the Union earlier this month, President Obama reiterated his call for universal access to pre-K, echoing his proposals from previous addresses in the past two years. Though Obama’s plan to make pre-K a priority during his second term is not likely to come to fruition during his tenure, new research suggests public investment in universal pre-K could have wide-ranging fiscal and socio-economic benefits.

Studies have varied over the years on the role of pre-K in preparing children for future success, and some researchers attribute this to the high variation in quality among pre-K programs around the country. A recent study from the Washington Center for Equitable Growth makes the case that publicly funded, voluntary, high-quality, universal pre-K has the potential for huge returns to the government’s investment. The authors push for investment in universal, high-quality pre-K because, “empirical research shows children who participate in high-quality prekindergarten programs score higher on tests when they enter kindergarten than do children who have not attended a high-quality prekindergarten, regardless of whether they are from poor, middle-income, or upper-income families.”

Seeking to translate known benefits of pre-K into dollar terms, Robert Lynch and Kavya Vagul, the study’s authors, argue investment in high-quality pre-K available to all three- and four-year-olds in the U.S. would not only improve overall child well-being, but would also lead to significant fiscal and economic gains. By 2050, they conclude, the program would yield $8.90 in benefits for every dollar invested, resulting in over $307 billion in total benefits. This finding is slightly larger than that of James Heckman, a Professor of Economics at the University of Chicago, who found a $7 return for every dollar invested in early childhood education in a similar study from 2012.

But, what is “high-quality?” Lynch and Vagul argue two elements are key: structure and process. Low child-teacher ratios, small class sizes, and well-paid, and highly-qualified teachers (i.e., holding a bachelor’s degree in early childhood education) are indicators of structural quality. High-quality process, they say, refers to elements such as warm, nurturing child-teacher interactions, strong relationships between parents and teachers, classroom diversity, and the quality of classroom activities and instruction. Establishing universal pre-K versus high-quality, universal pre-K would be a much lighter lift, though it would almost certainly be lighter on the benefits, as well.

The math behind this study is rooted in an analysis of the Chicago Child-Parent Center (CPC) Preschool Program—a reputable, high-quality pre-K program whose positive results have been replicated in several other cities around the country. While evidence points to elements of the program that have enabled its success, the program’s replicability nationwide remains to be seen. The logistics of such an endeavor are fraught with implementation concerns.

The potential impact of quality pre-K, however, cannot be understated. Readiness for kindergarten, increased educational attainment in the long-term, and the power to close the achievement gap between children from low- and higher-income families are just a few benefits. Lynch and Vaghul argue these benefits translate into measurable, fiscal profit over time, as a result of government savings in K-12 educational remediation, child welfare, criminal justice, and public health care, as well as increased taxes paid by participating children and families.

If the federal government chose to make a significant investment tomorrow in universal pre-K for every state, within 16 years—before the first cohort of students even graduated high school—the program balance would yield a net positive. Within 35 years, the benefits would more than double the costs of the program, resulting in a budget surplus. In the meantime, according to Lynch and Vaghul, the program would cost taxpayers $26 billion per year—money the government would be hard-pressed to both find and allocate to early childhood education without significant political impetus to do so.

As the report finds, ensuring all families have access to high-quality pre-K is a sound investment toward ensuring a more productive and equitable future. And even if the federal government does not take on the bulk of the financial burden, states would do well to consider making larger investments themselves, especially to serve more three-year-olds."