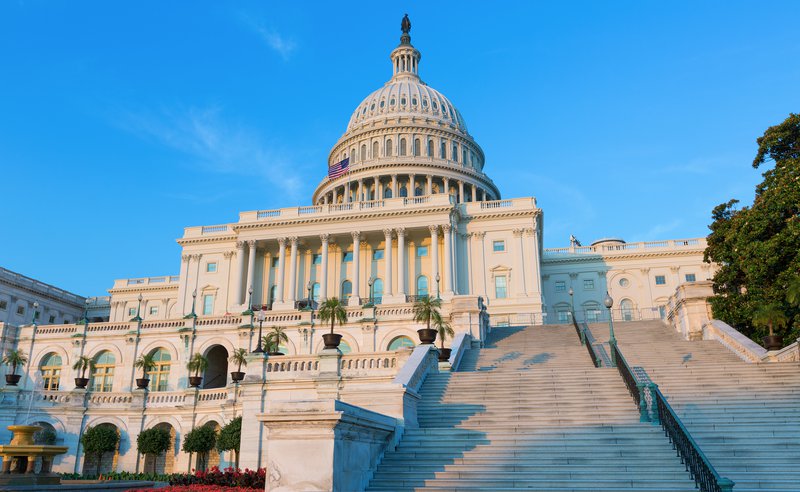 Last year both presidential candidates put forward ideas to improve access to child care, which has become prohibitively expensive for millions of families. It’s one of Ivanka Trump’s signature issues, but her efforts have not gained much traction among Republicans.

On Thursday, top Democrats in Congress signaled that they are ready to move forward with their own plan to address not just the cost of child care, but also the quality. Senator Patty Murray (D-WA), ranking member of the Senate Health, Education, Labor, and Pensions (HELP) Committee, and Representative Bobby Scott (D-VA), ranking member of the House Committee on Education and the Workforce, introduced the Child Care for Working Families Act. In a press conference, they were joined by Senate Minority Leader Chuck Schumer and House Minority Leader Nancy Pelosi. The child care plan was presented as a key pillar of the Democrat’s “Better Deal” agenda.

The bill makes substantial changes to the Child Care and Development Block Grant (CCDBG), which is the federal government’s primary way of making child care more accessible to low-income families. CCDBG was reauthorized in 2014, but high-quality care has remained out of reach for many families. While CCDBG serves children through age 12, the Child Care for Working Families Act has a strong focus on infant and toddler care. The first three years of a child’s life are the most formative and also the most expensive in terms of care, costing more than public college tuition in most states. Parents need access to high-quality care and education that provides their children with a safe, nurturing, and developmentally-appropriate environment during these early years.

Under the Child Care for Working Families Act, no family earning less than 150 percent of the state median income would spend more than 7 percent of their income on child care, meeting the U.S. Department of Health and Human Services’ definition for affordability. For families to qualify under the current iteration of CCDBG they must have income less than 85 percent of the state median income, so this law significantly expands eligibility and would significantly reduce living expenses for low- and middle-income families. For example, the median household income in Pennsylvania is $53,599 and the average cost of child care is around $15,100. That means child care for just one child takes up more than 28 percent of a family’s income. Under this bill, families making up to $80,000 per year would be eligible for assistance and wouldn’t have to pay more than about $5,600.

Serving more families with more money would no doubt be very expensive. The federal government would pay for this by turning child care into an entitlement program, like Medicare. This means funding would be sufficient to guarantee services to all eligible families, unlike now where CCDBG only serves a small percentage of them, leaving many stuck on waiting lists. However, it’s not clear where the money would come from as there’s no pay-for in the bill. Considering the proposed large increase in federal spending, it’s highly unlikely that this bill will garner support from the Republican party. It is still worth analyzing, though, because it lays out the Democrat’s vision for improving family access to high-quality early care and education.

Under the Act, states would not automatically qualify for funding; their eligibility for dollars would be tied to a host of quality indicators that attempt to fix some of the biggest imperfections in current federal funding for early care and education. Reimbursement rates for child care providers would need to take into account educator salaries, program quality, and the location and type of program, among other things. States would also need to provide higher matching rates for infant and toddler programs, since lower adult-child ratios make them more expensive. They’d also need to prioritize children in underserved areas,  or “child care deserts,” and children with disabilities.

The provision on educator salaries is a big deal. The quality of early education and care is largely based on the quality of interactions between children and their caregivers. Working with young children takes specific knowledge and competencies, yet the low wages make it difficult to recruit, support, and retain caregivers who have a strong understanding of child development and early education. As Ingrid Henlon, a head teacher at a Connecticut child care center explained during Thursday’s press conference,“I see passionate and talented colleagues leave child care because they simply cannot afford to live...we just lost one of our best teachers.”

The bill requires states to ensure that repayment rates are high enough that early childhood educators have pay parity with their elementary school peers who have similar credentials. Early childhood teachers, especially those working in child care settings, are usually paid much less than K-12 teachers, and nearly half depend on public assistance because they earn poverty-level wages. As Henlon shared, “My life revolves around caring for other’s children and seniors, yet I can barely care for myself.” She described needing to work six days per week and take on a second job because of the low wages she makes teaching. Such low compensation impacts teacher well-being, and high stress levels or struggles with depression can make it difficult for caregivers to best serve children.

The bill’s focus on quality is a big step in the right direction too. CCDBG has been focused more on health and safety improvements in the past and hasn’t set high enough standards for quality. Should this bill become reality, states would be required to create ”tiered and transparent systems for measuring the quality of child care providers” that are based on national standards, such as the Head Start Performance Standards, national accreditation standards (like NAEYC’s), or “other equally rigorous and evidence-based standards that are tied to child outcomes.” Almost all states have created similar systems in recent years, which have had their fair share of challenges because they are difficult to get right. Research on whether different tiers actually lead to differences in child outcomes is mixed. Under this bill, states would be required to set repayment rates for providers that reflect the actual costs of running programs of differing quality. Low repayment rates make it difficult for programs to provide quality care and this provision aims to address that. Quality rating systems can also help parents make informed decisions about where to enroll their children.

The bill would also provide $8 billion in formula grants to states for 10 years to provide high quality pre-K for three and four-year-olds. The day after Democrats released this bill, the Democratic staff of the Joint Economic Committee put out a report on the benefits of pre-K. The majority of states have public pre-K programs for four-year-olds, but most serve only a small portion of young children. Access for three-year-olds is much more limited. This funding could help to greatly expand access to high-quality programs. It also requires states to think through how various early education programs relate to one another and improve transitions between pre-K and kindergarten, a topic of focus for our team at New America.

Finally, the bill would increase funding for Head Start, the nation’s original pre-K program that serves low-income families, so that all providers can offer full-day and full-year services. The Head Start Performance Standards were updated last year, giving center-based programs five years to increase the number of hours children are served, which would benefit both children and their parents. Upping the “dosage” is expensive and Congress has yet to act on fully funding the new regulation. The Child Care for Working Families Act could make this a reality.

There are a lot of other important changes to the way the federal government supports access to high-quality early education and care in this bill. For more details, the National Women’s Law Center has a helpful breakdown here.