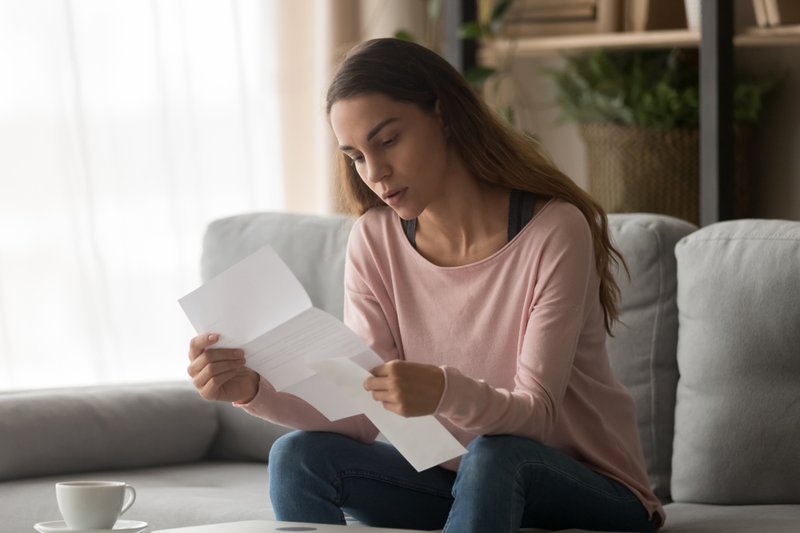 At the Education Department’s Federal Student Aid conference last week, three of us sat down at a late-add session on a new and unprecedented experiment the Department is planning to implement, with the stated goal of increasing “institutional investment in student success.” The presentation offered some long-sought insight into a surprising announcement about possible federal funding for income-share agreements made by a high-ranking Department official at an event earlier this year. And the new information revealed during the session proved concerning: The Department plans to oversee a perversion of the federal loan program in which, essentially, federal loan dollars will be used to fund private education loans. Naturally, this announcement raised huge questions.

In short, the experiment will allow selected institutions to skirt two federal loan laws. The first of these laws allows colleges to deny or reduce the amount a specific student can borrow on a case-by-case basis, with documentation. The experiment would allow participating schools broader authority to instead reduce the amount of federal loans available by entire groups of students at one time, such as by program type. Note that a similar experiment on this issue (set to be replaced by this latest version) has yielded virtually no usable results or recommendations, and that students and advocates have previously raised concerns about potential consequences for students.

The second waiver provided by this experiment would allow colleges to repay a loan on behalf of their students. This is currently prohibited because colleges could abuse this authority to reduce their default rates to evade accountability under the cohort default rate measure.

Used independently, the Department suggested, colleges might use these waivers to deny individual borrowers some or all of the student loan benefits to which they’re entitled, or offer borrowers student loan repayment incentives to continue in their programs if they’re at risk of dropping out. But used together, the result is more toxic. Colleges might combine the two to create a federally financed, college-designed financing plan—an income-share agreement—that perverts the mission of the student loan program.

Here’s how it would work. For participating colleges, the Education Department provides a loan through a college to a student. The borrower opts in, signs over the loan to the college, and instead agrees to a set of repayment terms and conditions that are determined by the school (and, potentially, one or multiple third-party investors) and approved by the Department. The college turns around and repays the Department—either all at once or over a decade or two, on the standard, graduated, or extended repayment plans otherwise available to students—and uses the loan dollars to make an income-share agreement to the students on the aforementioned approved terms. Schools would be allowed to raise private capital, their own or from external parties, to supplement the federal dollars and finance tuition and non-tuition costs, potentially up to the entire cost of attendance. 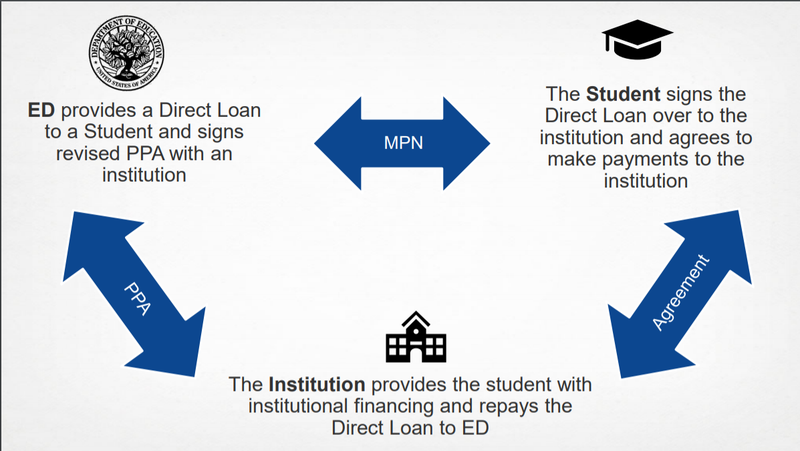 Basically, this plan would allow colleges to use federal dollars to offer private education loans to borrowers. And that’s where the questions kick in. No doubt, many of these questions won’t be answered until the Department publishes an official notice (and maybe not even then) — but here’s hoping the Department is ready to answer them.

The Experimental Sites Initiative under which this experiment would be run is fairly broad — colleges can apply for, and receive, waivers from the Department for certain rules related to federal financial aid. But those provisions come with some restrictions: The Department cannot, for instance, waive any award rules for grants or loans, which would seem to include changing all of the terms of a loan. And the federal loan program’s mission is well-established as intending to provide reasonable and equal student loan terms to borrowers who wouldn’t otherwise find a buyer in the private market at those levels; can the Education Department turn that entire model on its head, absent a new direction from lawmakers?

The Senate report on the mid-1990s HEA reauthorization that updated relevant sections of the Experimental Sites authority clearly intended to preclude such aggressive behavior, stating: “In the past, Department of Education officials have misinterpreted the experimental site provisions to mean that the Secretary had the unrestricted authority to waive statutes regarding the delivery of student financial assistance.” Ironically, the Department’s presentation on this experiment touts “risk-sharing without Congressional action” as one of the benefits of the experiment, flying directly in the face of Congress’ stated intent.

How will borrowers be protected?

The Department filled up a slide with a list of consumer protections, but the list left many open questions and concerns. For example, while they stated emphatically that colleges won’t be allowed to blatantly discriminate, one questioner in the audience pointed out that discriminatory impacts are likely given that program choices are typically heavily segregated in higher education. The potential for ISAs to deepen equity gaps has been raised by others as well. Colleges will have to follow any applicable state or federal laws on consumer credit products, and schools will need to create separate counseling for ISA borrowers.

Of crucial importance is the experiment’s requirement that colleges cannot offer “unreasonable repayment terms,” including that through their ISAs, students maintain the same rights to deferment and forbearance options, as well as the legal rights to discharge they have in the Direct Loan program. No specifics have been fleshed out on that, though — and it appears the determination of whether an ISA’s terms are reasonable rests entirely with the Trump Administration, which is hardly reassuring, especially given the Department’s reference to ISAs in the presentation as ‘equity, not a loan.’

Will the Department learn anything about how ISAs compare to federal loans for students?

The most important question related to ISAs is, what is in them for students? How might a private ISA be better for a student than a Federal Direct Loan, which carries significant borrower protections including interest subsidies, deferment, forbearance, income-driven repayment, and multiple paths to potential discharge of remaining debt?

The Experimental Sites Initiative is expressly intended to test the benefits of potential changes to federal policy. But as New America has documented, in reality, the test-and-evaluate piece has consistently fallen short, and this latest experiment appears to be no exception.

Asked during the session, the Department admitted it had no plan yet for how to evaluate the experiment despite the fact that a theory of change and program evaluation plan is something policymakers should work out in advance of spending taxpayer dollars. In fact, the Department effectively admitted that it expects to learn very little — when colleges raised the point that the terms would make it difficult for most colleges to raise money, leaving them minimal benefit, the Department said it didn’t anticipate many colleges applying or being accepted to the experiment - which means there will be few lessons on which the public can rely. That leaves us wondering what the point of the experiment really is, and to whose benefit it is designed.

After the FSA presentation, there remain more questions than answers about how this experiment will operate despite the Department stating during last week’s conference that a Federal Register notice is just a “few weeks” away. But one thing is clear and concerning: Borrowers who sign these income-share agreements will not be getting the deal promised to them under the Direct Loan program. Stay tuned as we follow this closely.