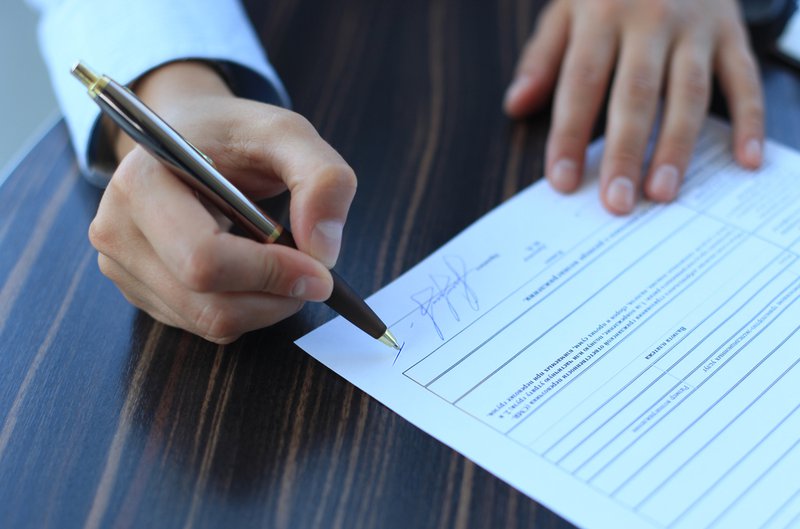 Some companies are pitching a novel solution to student loans: Sign over a portion of your future income, without worrying about the debt. It’s called an income-share agreement, or ISA; and the marketplace is becoming increasingly crowded, with providers like Lumni, Upstart, and Vemo all dipping their toes in the water. Some are focused on providing aid for non-institutional providers, like coding bootcamps. But others are providing ISAs to students in traditional higher education programs. While most of them claim to be a replacement for the less-beneficial categories of student aid (private loans and Parent PLUS loans), it’s not clear that’s always the case--or even that their claims are anything more than aspirational. And ultimately, ISAs may present a whole raft of new problems for borrowers.

First, a little more background on what ISAs are. With income-share agreements, a student borrows money to help pay for college, as he might for any private student loan. But unlike a student loan, he doesn’t owe the money he borrowed plus interest. Instead, he owes a percentage of his future income for a set timeframe. The idea is hardly new; it’s been around since the days of Milton Friedman, who initially proposed the idea of ISAs (then called human capital contracts). But it’s gained traction in recent years as new entrants to the financial marketplace have raised capital to dispense ISAs to students.

Here’s how it works in practice. Say Bobby Borrower takes out $10,000 to help pay for his college education. Under the standard repayment plan, he’ll pay $104 per month for 10 years -- ultimately tacking an extra $2,400 onto his original balance in interest payments. Under the Pay As You Earn (PAYE) income-based repayment plan, assuming his initial income is $28,000, he’ll start by paying back $83 per month, with payments capped at that $104 monthly amount. Ultimately, he’ll likely pay it off before he gets loan forgiveness (the Department projects he’ll pay it off in 10 years and 7 months, with about an extra $2,600 in interest repaid over that time period); but even if his income drops, he’ll never pay for more than 20 years.

If Bobby majors in English and takes on $10,000 up through graduation with an ISA at Purdue University--one of the institutions implementing this kind of contract financing--he’ll repay 4.52 percent of his income for 9 years and 8 months. All told, that adds up to $115 per month while he’s making $31,000 per year, more than under PAYE, and the monthly payment amount will increase every year along with his income. He’ll repay for the entire contract period, or until he’s paid back $25,000--whichever comes first.

Many of the existing ISA providers advertise their products as competing not with federal student loans, but with private student loans or Parent PLUS loans. And compared with those types of traditional debt,  ISAs look more favorable. For instance, Purdue predicts that Bobby would likely pay slightly less with an ISA than a private loan with a 9.5% interest rate, with either the $10,000 or the $30,000 cumulative amounts borrowed. But he’d pay slightly more with the ISA than his parents would with a Parent PLUS loan -- maybe or maybe not a better alternative to those loans, which can load even lower-income parents up with tens of thousands of dollars in debt they may wind up repaying well into retirement.

Meanwhile, the field remains effectively unregulated for now. Two bills have been introduced in Congress to encourage the development of ISAs by setting a (low) minimum bar for their terms. The first was most recently introduced by Sens. Rubio (R-Fla.) and Young (R-Ind.) in February 2017;  the second was introduced by Reps. Messer (R-Ind.) and Polis (D-Colo.) in June. Both bills would establish a cap on the terms that ISA providers could charge students, while clarifying some legal uncertainty to promote new entrants and more participation in the ISA marketplace.

The increasing market could be cause for concern; current entrants have opted to stick with fairly reasonable terms, but they’ve also been working mostly with quality institutions of higher education. If the ISA market were to expand further--to more institutions and more students--new problems would undoubtedly develop.

If ISAs take off, it’s not hard to imagine some of the problems that might develop. Students already stymied by an overly complex student aid system will have to weigh that against a new, difficult-to-understand model of financing, with minimal requirements for transparency and only a vague notion of what it means to take on a contract like the one available to them. It might lead colleges to be even less price-sensitive than they already are, since they can market “risk-free” dollars to help students fill the gaps. It could have implications for the overall federal loan portfolio, if a subset of borrowers are siphoned off to other kinds of financing. And students could find themselves locked into contracts with unfavorable terms and few consumer protections--including high monthly payment amounts, significant costs to escape the contract, and arbitration clauses that strip them of any real way to hold the ISA providers accountable. And those aren’t the only problems:

Interactions of ISAs and Federal Loans

Perhaps the biggest question is whether or not ISAs really are--or will be--limited to fulfilling unmet need students have only after they borrow the maximum in federal student loans. “Top-off” funds, or the difference between the aid available to the student and the cost of attendance as defined by the institution, at least mean the amounts of ISAs will be somewhat small. But the more these providers lend, the bigger the return can be to the provider. So with the whole kit and caboodle--full tuition and fees, supplies, and living costs--potentially available to ISAs, the risks to students become substantially larger. The only way to prevent this behavior would be to require in law that students exhaust their federal student loan eligibility first, before considering or accepting an ISA. Even so, schools may see this new, less-risky form of financing as an excuse to keep costs high. Whatever your view of the Bennett Hypothesis, few private colleges are currently sensitive to pricing anyway; ISAs are likely to exacerbate that problem.

And even if ISAs were coordinated as an add-on to federal student loans, it’s worth considering what that will mean for the borrower’s federal loans. Income-driven repayment (IDR) plans are supposed to keep borrowers’ monthly payments on their federal student loans affordable. But if the borrower has both an ISA portion of his monthly income, on top of an IDR payment owed, it could mean he’s forking over an unaffordable portion of his income. It’s the worst of both possible worlds.

The Added Costs of ISAs

Another major concern comes with the costs associated with an ISA. For a traditional student loan, you pay until the money is paid back (plus interest for the lender’s troubles). And with income-driven repayment options for federal student loans, there’s an extra safety net tacked on: Even if you don’t make enough money to pay it back, loan forgiveness means there’s a light at the end of the tunnel. But with ISAs, borrowers could easily wind up paying well over what they would with a federal student loan for the same amount of upfront money. Even while both options offer students protection from the risk of low or no earnings after college, the examples above prove the protections in an ISA may come at a higher cost.

And to get out from under the contract--because the borrower wants to aggressively scrimp and save to pay down the debt and focus on other expenses like buying a house, for instance, or because he inherited some money--the costs are even higher. While some may see this as a feature--or at least a given--with ISAs, it’s more of a bug, relative to how federal student loans function. With federal loans, there’s no penalty for paying his loans back early, or more quickly; and he’ll even ultimately owe less than if the loan had stretched out over time. With an ISA, he’ll probably repay significantly more--2.5 times the original amount he received for the education, in Purdue’s program.

Risk of Discrimination and Predatory Lending

Last--but certainly not least--ISAs have a problem at their core that the federal student loan program has sought to solve: discrimination. The private market is inclined to irresponsible and unfair borrowing to low-income students and students of color, in particular. And we don’t have to look far into the past to see that: Sallie Mae faced a class-action lawsuit over its “subprime lending” behavior toward for-profit college students.

Without question, ISAs don’t have to discriminate against students; concerned providers have thought about this issue and want to avoid those problems. Yet structural discrimination is reified by the ways in which ISA contracts are structured. Many of the current plans take into account past credit history, which may disadvantage students of color. People of color and women are both more likely to enroll in programs that lead to jobs in low-earning fields and to earn less in the workforce than their white and male peers in comparable jobs; so ISA contracts that rely on institutional earnings could wind up charging them more. And one can only imagine that students attending minority-serving institutions like Historically Black Colleges and Universities (HBCUs) would have far worse terms than a similar non-HBCU school. Meanwhile, federal undergraduate student loans offer the same terms to all students--regardless of their credit history, their race, their programs of study, their post-college earnings, or their genders.

Regulators, take note. These are the kinds of problems likely to pop up repeatedly and persistently over the coming years, as ISAs become more prevalent and more ISA providers enter the marketplace. ISAs might be designed to reduce the risk to students of taking on debt in the event their degree doesn’t pan out or they don’t earn enough to afford payments. But those same goals conflict with investors’ own interests--and you don’t need to be a history major (paying back 11.76 percent of your income, thanks to a $30,000 ISA through Purdue) to know the investors are typically the ones who win out in those cases.