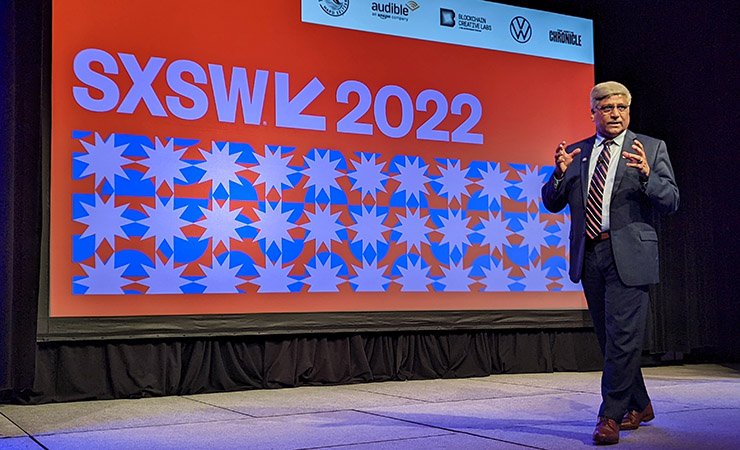 Dubbed the “Technology, Innovation, and Partnerships (TIP) Directorate,” TIP aims to catalyze “use-inspired research” and help translate federal investments in R&D into economic opportunity. TIP will house several programs that were already focused on this goal including NSF’s Innovation Corps (I-Corps) program, Partnerships for Innovation and America’s Seed Fund, the Convergence Accelerator, and the new Pathways to Enable Open-Source Ecosystems program. A new regional “innovation engines” initiative will aim to diversify the geography of innovation and support entrepreneurship and workforce development.

What should community college and workforce leaders know about NSF’s new technology directorate?

I sat down with NSF's inaugural TIP head, Erwin Gianchandani to find out. 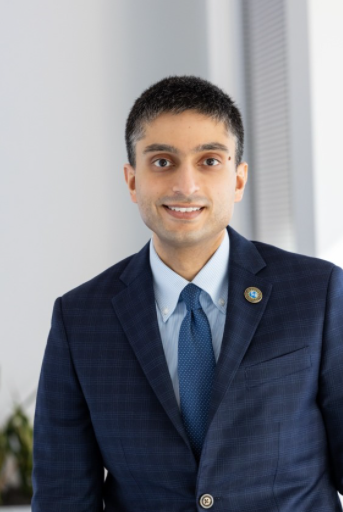 Prior to assuming his current role, Gianchandani served in various roles at NSF over nearly ten years including as acting head and deputy director for the computer and information science directorate where he, among other duties, helped oversee the launch of the National Artificial Intelligence Research Institutes with government and private sector partners.

When announcing the directorate at SXSW 2022, NSF’s Director Sethuraman Panchanathan stated that the directorate will work to “rapidly bring new technologies to market and address the most pressing societal and economic challenges of our time."

I had to ask Gianchandani whether workforce development in response to technology development fit into the funding strategy and programs of the TIP directorate.

Gianchandani emphasized that the focus would extend beyond NSF’s traditional focus on doctoral-level training, stating that “What we hope for the TIP Directorate is for it to serve as a catalyst to spotlight who we need to train, not just Ph.D. talent, but technicians, entrepreneurs, and even the educators who will train the next generation working in emerging technology areas.”

While it was too early for TIP to share plans or a timeline for specific funding opportunities related to talent development, Gianchandani did share TIP's intent to leverage collaborations with NSF's Education and Human Resources (EHR) Directorate, which houses the 2-year institution-focused Advanced Technological Education program and other STEM education funding programs, to support career preparation needs that result from TIP supported technology development.

Further collaborations with federal agencies including the U.S. Departments of Education, Labor, Commerce, Defense, and the White House Office of Science and Technology Policy as well as the private and philanthropic sectors related to aligning technology and talent development are also being explored.

TIP’s approach is timely as education providers including community colleges and apprenticeships expand offerings that lead to existing and emerging tech jobs including in areas such as autonomous vehicles, electric vehicles, artificial intelligence, renewable energy, and even cryptocurrency. Research has affirmed the need to double down on technical talent preparation outside of doctoral programs, particularly if emerging job opportunities are to be accessible to diverse learners.

“I think at all levels, K-12, associate's, bachelor’s, master’s, and doctoral degrees, we want to be training folks with the very latest know-how around the emerging technologies that result from the innovation activities at TIP. I hope TIP can help reinvigorate the workforce development community and us at NSF.”

Speaking on potential resources the TIP and EHR directorates could provide the workforce community and community colleges to support training for emergent jobs, Gianchandani cited the need to support research on curriculum updating and alignment, faculty upskilling and preparation, and experiential learning, all of which have also been cited by community colleges as needs to expand pathways to the Future of Work. Gianchandani also emphasized the need to expand entrepreneurship preparation related to new technologies.

Gianchandani encouraged community college leaders to “stay tuned” and follow the funding opportunities that the TIP directorate will put out, some in partnership with EHR (newsletter link here).

At a time when labor markets are tight, community college enrollment is down, greater attention is being paid to the quality of jobs available to workforce program graduates, and as the federal government ratchets up its focus on emerging technologies, the stars may be aligning for new models for career preparation to lead to jobs of the future including those offered by community colleges and workforce providers.

Regardless of what happens in Washington, my conversations with science and technology policy leaders and education and workforce professionals on the ground have confirmed one thing—community colleges and workforce providers have a role to play in aligning technology and talent development if the U.S. is to lead in inclusive innovation and fostering a robust Future of Work.

“ If all we do at the end of the day, through the TIP directorate, is fund the coasts and the big cities, I'm just going to say that we will not achieve our objective in the tech directorate; our objective really is to be able to democratize technology and technology talent.”

Shalin Jyotishi is a Senior Policy Analyst on Education and Labor at New America, a Fellow in AI with the Center for the Fourth Industrial Revolution at the World Economic Forum, and a Visiting Scholar in Science & Technology Policy at the American Association for the Advancement of Science (AAAS). He is on Twitter @ShalinJyotishi

More on community colleges, tech jobs, and the Future of Work: