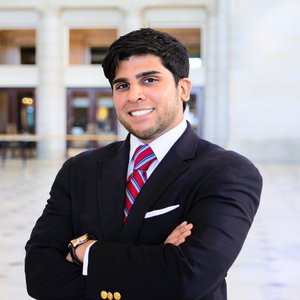 Shalin Jyotishi is a senior analyst, writer, and strategist at New America whose mission is to help solve problems where higher education, the workforce, policy, and technology & innovation intersect.

Shalin is also a Fellow at the World Economic Forum leading research on the Future of Work, and a Visiting Scholar at the American Association for the Advancement of Science, the world’s largest science association, where he is co-authoring a book on U.S. science and technology policy (forthcoming, MIT Press).

Shalin serves or served on advisory boards for the U.S. National Science Foundation, United Nations, MIT, the International Economic Development Council, the American Enterprise Institute, George Washington University’s Institute for Public Policy, and Georgetown University’s Center on Security and Emerging Technology. He was a 2021 Davos invitee and has been named a Regional Champion by the Financial Times-Lancet GHFutures2030 Commission.

His expertise has appeared in Forbes, NPR, Financial Times, Morning Consult, InsideHigherEd, Chronicle of Higher Education, RealClearEducation, and IndustryWeek. He has spoken at the United Nations, OECD, U.S. National Academies, World Bank, and the National Academy of Inventors.

Previously, Shalin helped university executives maximize their institution’s workforce and R&D innovation ecosystems at the Association of Public and Land-grant Universities, North America’s oldest presidents-led higher education association. He also served as the CEO of the internationally acclaimed Journal of Science Policy & Governance, as a University Innovation Fellow at Stanford University, a policy director for a local political campaign, and held positions at the American Academy of Arts and Sciences, the University of Michigan, the Alfred P. Sloan Foundation, and the International Monetary Fund.

Shalin is a graduate of the University of Georgia, the birthplace of American public higher education. Reach him at @ShalinJyotishi and ShalinJyotishi.com.