A Christmas Surprise for Higher Education 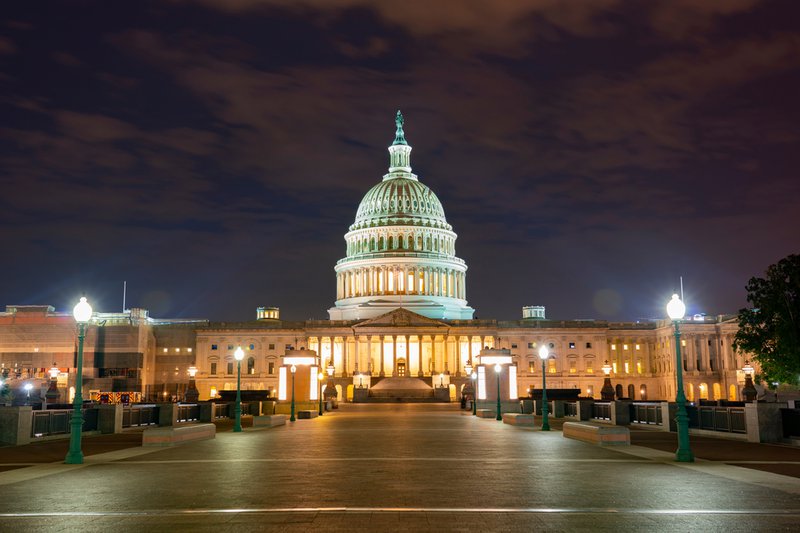 Stay tuned — the New America higher education program will be diving into these issues in much greater detail in the coming weeks. Read how the law will extend broadband access for Pell Grant students here, and restore Pell Grant eligibility for incarcerated students here. Click here to learn how the law extends relief to food-insecure students, here to learn about key changes to cost of attendance, and here to learn about the restoration of Pell eligibility for defrauded students. Check out this post on what the COVID relief funds will mean for higher ed, and this one on a popular, bipartisan bill missing from the end-of-year deal. Visit EdCentral.org or subscribe here for future posts.

On December 21, Congress passed a bill with some of the most significant implications for higher education in a decade.

The new legislation, which was signed into law on December 27, crossed a few things off the to-do list as the previous session of Congress drew to a close. First, it included a full-year appropriations bill, funding the government through September 30, 2021 to avoid a shutdown. Among other elements of the appropriations is a $150 increase to the maximum Pell Grant, bringing the total to $6,495 for the award year that begins on July 1, 2021.

Another provision addressed the ongoing student loan servicing crisis. With current contracts set to expire as soon as December 2021, without the option to renew them yet again, the Education Department put its plans for an ambitious overhaul of servicing (known as “Next Gen”) on hold and launched a procurement called the Interim Servicing Solution—a recompete that resembles the existing contracts, but reduces the number of servicers with contracts to a more-manageable two. Instead, the FY 2021 appropriations law directs the Department to pause its Interim Servicing Solution work temporarily, and granted the Department the authority to extend existing contracts for up to two years. The provision will buy time, both for existing servicers wary of losing business and for the Department, but doesn’t reduce the urgency of a new servicing system. In fact, the uncertainty around student loan servicing will be especially concerning as the system is stretched to the brink this year when tens of millions of borrowers return to repayment from many months of interest-free forbearances.

The second piece of the end-of-year package included additional COVID relief — just in time, as jobless benefits and food-bank programs were set to expire around the end of the year. For higher education, the legislation included nearly $23 billion in federal formula funds to public and private nonprofit colleges. While it falls far short of the $120 billion for which the higher education lobby had asked, and doesn’t include money to states needed to stave off cuts to public colleges, it’s the first cash infusion specifically for colleges since lawmakers approved $14 billion in March through the CARES Act. (In both cases, of the funds are set aside to provide emergency grants directly to students.)

The bill also seeks to help low-income college students, many of whom are struggling with job loss and food insecurity, by extending SNAP benefits to students enrolled in higher education during the pandemic. And it takes important steps to improve broadband connectivity, including more than $3 billion for subsidies to low-income individuals, such as Pell Grant recipients, with funds set aside to support Historically Black Colleges and Universities, Tribal Colleges and Universities, and other minority-serving institutions.

The third higher education-related piece of the bill, though, was perhaps most intriguing to watchers of the long-overdue reauthorization of the Higher Education Act: the adoption of some of the smaller, bipartisan proposed elements of HEA.

The “grand bargain” reached by the education leaders for the Senate HELP Committee and the House Education and Labor Committee centered around simplification of the FAFSA form for federal financial aid, the main priority for Sen. Lamar Alexander, who retired at the end of the year. The changes, which take effect on July 1, 2023, rename the “expected family contribution” as the “student aid index,” hopefully reducing confusion among students and families. Certain elements of the underlying formula, like reporting of families’ assets and the amount of income that is shielded from consideration (the Income Protection Allowance), have changed. And students whose income falls below a certain poverty level (e.g., below 175 percent of the federal poverty level for a student who is not a single parent, or students whose income is low enough they don’t have to file taxes) are automatically eligible for the maximum Pell Grant.

That’s not all, though. The deal also restores Pell Grant eligibility for incarcerated individuals, whose eligibility was stripped in the 1994 crime bill. Importantly, only public and nonprofit colleges approved by the state corrections department to operate in prisons and which meet certain other criteria will be eligible to offer Pell-financed prison education programs. Research (like this report from New America) has demonstrated that higher education programs for incarcerated students can help them to achieve the literacy and numeracy skills needed to find a job or continue their education after release. But with low-quality programs endemic through the higher education system, the eligibility restrictions and conditions placed on institutions in the bill are an important step to ensure incarcerated students get high-quality opportunities to pursue an education.

The legislation permanently extends the Pell Grant add-on that is funded through mandatory spending — a $1,060 increase to the $5,435 discretionary-funded portion of the grant. While it falls short of fully funding the Pell Grant program as the entitlement program it is, this will help to shore up guaranteed money for the program for many years to come. This is especially important as more Americans are likely to qualify for the program due to job and income losses from the pandemic. It also restores any amount of Pell money used up for students whose schools lied to them or closed permanently, giving students back some of their lifetime eligibility for the grant. And it removes a limit on borrowing for Subsidized Stafford loans that previously expired after one-and-a-half times the length of a student’s program (so, six years for a four-year program). Finally, the deal also forgives $1.3 billion in loans given to Historically Black Colleges and Universities for capital financing projects.

While the deal falls far short of many advocates’ hopes for a comprehensive reauthorization of the Higher Education Act, it is nonetheless a triumph for Congress to have passed anything so forward-looking in the midst of a global pandemic, mass unemployment, and a shockingly awful presidential transition. Still, the new law will only add to the already-long to-do list for the Biden Administration. We will be exploring some of the implementation questions and opportunities in forthcoming blog posts on these and other issues in the bill here at EdCentral.org (subscribe here), so stay tuned for more.