Build Back Better: What's in it for Education? 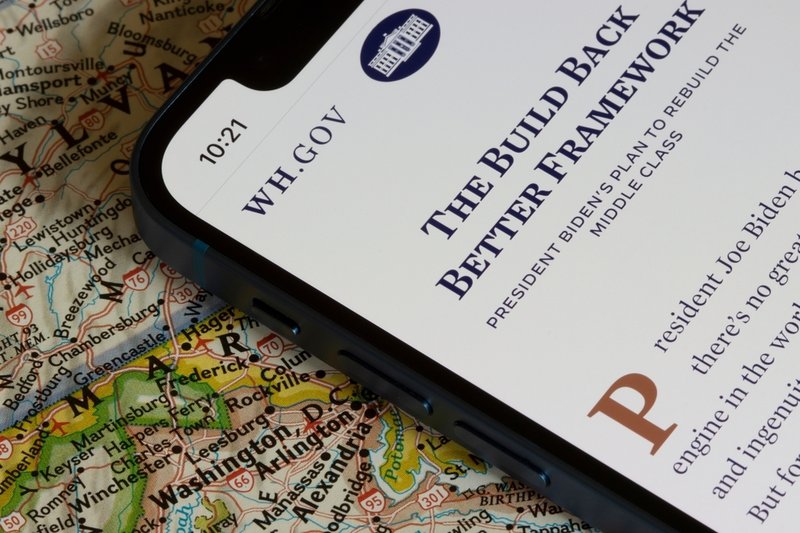 Last week, the House passed the Build Back Better Act (H.R. 5376), a progressive social spending agenda that President Biden has been pushing since his campaign. The vote comes after months of back and forth negotiations in Congress over the breadth and cost of the bill, and although the bill will likely face more negotiations and changes in the Senate, the vote is an important step in the reconciliation process. The Act includes historic investments in early care and education from birth through post secondary enrollment and the workforce, which have the potential to change the lives of children, students, and employees of all kinds across the country.

The following outlines important education provisions in the Build Back Better Act (BBB) for children from birth through high school.

BBB includes a historic $390 billion investment in child care and pre-K as a cornerstone of the legislation. Specifically, the framework calls for limiting child care costs to no more than seven percent of income for families earning up to 250 percent of state median income over a transition period between FY2022 and FY2025. To be eligible, children must be younger than six years of age and not yet entered kindergarten. The proposal, if passed into law, would drastically reduce child care costs for most Americans: families with incomes below 75 percent of the state median income, for example, would have their child care fully subsidized.

Center-based and family-based child care providers are both eligible to participate in the program provided that they are licensed and participating in their states’ tiered quality measurement system by the end of the third fiscal year in which their states receive funding. Under the legislation, providers would receive much higher payment rates: the Act requires states to establish rates based on cost estimation models that include living wages for all staff, pay parity with elementary school teachers with similar credentials, and cost of living increases each year. These changes would go a long way towards addressing the poverty-level wages many child care providers currently receive.

BBB also guarantees access to free, universal pre-K for all three- and four-year-olds in a mixed delivery system that includes public schools, centers, family child care providers, and Head Start agencies. The legislation spells out a three-year rollout process with the goal of eventually reaching universal access. State costs are completely covered during the first three years of implementation, with states being eventually expected to cover 10 percent of costs in FY2025, 25 percent of costs in FY2026, and 40 percent of costs in FY2027. Lead pre-K teachers will be required to hold a bachelor’s degree in early childhood education within six years of the state receiving funding (though there are exceptions to this rule). All pre-K staff must earn a living wage and lead pre-K teachers must earn salaries equal to those of elementary school teachers with similar experience and credentials.

The Act also includes substantial investments in Head Start, such as $15 billion for the Head Start workforce and billions in additional funding for Head Start and Early Head Start in states that decline to participate in the new child care or universal pre-K programs. Specifically, $2.5 billion is set aside each year for FY2022-2027 to improve the compensation of Head Start staff.

Build Back Better includes several efforts to strengthen the quality and diversity of the elementary and secondary educator workforce.

Two of these initiatives leverage the Teacher Quality Partnerships (TQP) program in Title II, Part A of the Higher Education Act (HEA). TQP promotes formal collaboration between educator preparation programs, school districts, and other entities to improve how prospective teachers and leaders are recruited and prepared for the job. The first investment is $112.7 million through September 2025 for Grow Your Own (GYO) educator programs that seek to recruit and prepare teachers and school leaders from the community, including high school students, paraeducators, and parents. GYO programs are a popular strategy for addressing subject-area teacher shortages and increasing the racial, ethnic and linguistic diversity of the teacher workforce. Often these programs provide comprehensive wraparound supports to candidates to help them enroll, persist and graduate with a teaching degree, as many are non-traditional college students. This first-time federal funding for GYO programs signals that the strategy is gaining traction as an essential tool for strengthening the teacher workforce.

The second TQP initiative provides $112.3 million in competitive grants for evidence-based teacher residency programs through September 2025. Research finds that high-quality teacher residencies--which include a full year of student teaching under the mentorship of an excellent teacher while engaging in aligned coursework--are associated with greater teacher diversity, retention, and long-term effectiveness. While BBB expands the teacher residency portion of TQP to include pre-baccalaureate residencies for the first time, it does not proportionally expand funding. In the current fiscal year, teacher residencies in TQP receive $50M in appropriations, and this budget would only offer the equivalent of an additional $28.1M per year, despite most teachers being prepared through pre-baccalaureate pathways.

The Augustus F. Hawkins Centers for Excellence is another HEA Title II program focused on improving educator preparation and diversity, specifically by strengthening programs at Historically Black Colleges and Universities (HBCUs), Tribal Colleges and Universities (TCUs), and other Minority Serving Institutions (MSIs). Hawkins has never received funding previously, but this legislation would appropriate $112.3 million for the program through September 2025 (an average of ~$28.1 million per year). Funds from this competitive grant program can be used to provide extensive clinical experience and financial aid to prospective teachers, which could help to eliminate a key barrier to a diverse educator workforce as students of color are more heavily impacted by the high cost of college and student loan debt. These awards will be most meaningful if they are predicated on the collection and reporting of key input and outcome metrics, and provide competitive preference to programs that incorporate the development and implementation of a high-quality teacher residency program and other impactful evidence-based practices.

The bill also sets out $160.8 million through September 2025 to support the development of educators to serve students with disabilities under Part D of the Individuals with Disabilities Education Act (IDEA), which is $110 million above its FY21 funding levels. These funds will support educator preparation programs that are developing special education teachers and support staff, a critical and pressing need for the entire nation that has only been exacerbated by the pandemic. At the same time, given the more demanding nature of special education teachers’ jobs, additional training and credentials may not be sufficient to attract and retain many more of them.

Finally, BBB includes $112.3 million through September 2025 to support improving the recruitment, preparation, placement, support, and retention of effective principals or other school leaders in high-need schools, as described in section 2243 of the Elementary and Secondary Education Act (ESEA). Research demonstrates that effective principals positively impact both teacher and student outcomes, making this investment a key part of increasing student access to great teachers and overall student success. This is the first time this program has been funded.

While investments in physical school infrastructure and capital assets didn’t make it through, Build Back Better does include a number of supports to help schools build and sustain—and afford—the digital infrastructure needed to meet student needs in the coming months and years.

For many, access to devices and reliable internet connections have been top of mind since the start of the pandemic. To help close the digital divide, BBB includes $475 million for the National Telecommunications and Information Administration (NTIA) through September 2031 to provide grants for affordable connected device programs, plus an additional $20 million to administer the programs and $5 million for outreach on the availability of the programs. Additionally, the bill invests $3 million toward the Emergency Connectivity Fund, a $7B provision of the American Rescue Plan designed to provide E-Rate-elligible schools and libraries with devices and broadband for students. These efforts will likely have a significant impact on the number of students who remain unconnected and underconnected in schools around the country.

Apart from access to necessary technology, BBB includes allocations to help students, families, and schools afford WiFi, broadband, and devices. The bill includes $100 million to the Federal Communications Commission (FCC) through September 2031 to improve outreach and provide education to the public about the programs and services offered by the agency; and $7 million to the Secretary of Commerce to develop a Telecommunications Council that will focus on the future of telecommunications and advise Congress on the development of 6G and other advanced technology. It will also fund affordability efforts through NTIA-run programs, with a specific $295 million set aside for NTIA to establish a pilot program that will provide grants to public-private partnerships for projects that increase access to affordable broadband service in urban communities through long-term solutions, and an additional $5 million for an NTIA-headed Affordable Urban and Suburban Broadband Advisory Committee to advise the FCC and Congress on ways to make broadband more affordable for urban and suburban subscribers through long-term solutions.

The investment priorities in this bill are reflective of the technological challenges that education leaders have seen exacerbated over the course of the pandemic. With a multi-pronged approach to digital infrastructure through access, affordability, and communications, Build Back Better offers an investment in school technology that the U.S. has not seen before.

While some important pieces--such as school infrastructure-- didn’t make it into the final bill, the investments that are included in BBB are monumental and will provide children, students, teachers, and workers with resources and protections that are vital to our collective success as a country. The Build Back Better Act still must pass the Senate and while it’s future remains unclear, New America urges Congress to do what’s necessary to bring these investments to the American people.