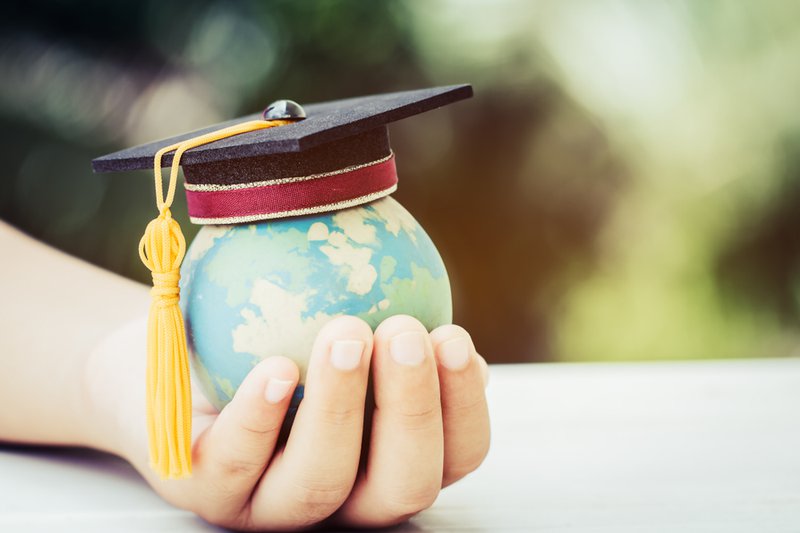 While 2021 is off to a very rough start, there are only six days until we officially welcome President Joe Biden and Vice President Kamala Harris into office. The Biden administration and the 117th Congress are inheriting a country in disarray, marred by a devastating pandemic, economic recession, racial injustice, and violent political extremism. Saying there is a great deal of work to do to get our country back on track is a gross understatement.

As the new administration and Congress think through policies that will make both an immediate and lasting impact on children, families, and our economy, we urge them to include early care and education as a key component of the recovery. A nationwide decline in pre-K and kindergarten enrollment will lead to future funding shortfalls for districts, many early educators continue to earn poverty-level wages, and, perhaps most urgently, the child care industry is in the midst of a crisis and still in urgent need of additional stimulus relief. While universal pre-K is just one part of the larger early care and education landscape that the incoming administration will need to prioritize, in this blog post we’ll explain why we think it’s a piece that needs attention.

Like child care, public pre-K for three- and four-year-olds enables parents of young children to return to the workforce. A study of DC’s lauded universal pre-K program showed that it has resulted in more mothers in the workforce, which is particularly important given that this recession is being termed a “she-cession” for its outsized impact on women. High-quality pre-K also has important benefits for children-- it provides them with valuable skills to succeed in school and beyond. This is critical given that we still don’t know the developmental effects of the reduced amount of social interaction and other forms of trauma many young children are experiencing because of the pandemic.

Last summer, the Biden campaign released a comprehensive child care plan as part of its “21st Century Caregiving and Education Workforce” agenda that calls for an investment of $775 billion over 10 years to strengthen the nation’s caregiving economy for children and seniors. The plan, which would be funded by rolling back tax breaks for wealthy real estate investors and increasing tax compliance for high-income earners, included making pre-K accessible to all three- and four-year-olds. In partnership with states, Biden proposed creating a publicly funded mixed-delivery system that would include public schools, child care centers, family child care, as well as Head Start programs.

President Obama proposed a similar federal-state partnership to expand pre-K access for all children. The Obama administration was able to encourage pre-K expansion and quality improvement through competitive grant programs but did not come near achieving its goal of universal access.

Biden’s child care plan also embraces the Child Care for Working Families Act, which was first introduced by Senator Patty Murray (D-WA) and Representative Bobby Scott (D-VA) in 2017 and reintroduced in 2019 with strong support from Democrats in both houses. The bill includes a comprehensive proposal for strengthening early care and education for children beginning from birth. One section of the bill focuses on pre-K and would provide formula grants to states to establish voluntary, free, high-quality pre-K programs for three-, four-, and five-year-olds from families who earn up to 150 percent of the state median income.

The Child Care for Working Families Act favors a pre-K program targeted to children from low and middle-income families, while Biden’s campaign plan would provide free, universal access for all three- and four-year-olds, regardless of family income. While we don’t yet know the details of the pre-K plan the Biden administration will pursue once in office, the goal should be to eventually realize universal access for all three- and four-year-olds, which could be achieved even if higher income parents are required to pay part of the cost to attend.

Recent research suggests that children enrolled in universal pre-K programs experience greater academic gains than children in targeted programs, particularly children from families with low incomes. A program that is open to all, regardless of income, could also help reduce the racial and economic segregation that’s widespread across too many early childhood programs. It’s unclear which approach might attract a greater share of public support since polls suggest support for public pre-K but no significant preference for targeted or universal programs. In terms of economic impact, the Center for American Progress estimated that the United States would see a net benefit of $83.3 billion for each annual cohort of four-year-olds enrolled in high-quality pre-K and currently experiences a net cost of inaction of $56.2 billion for each year that universal pre-K is not offered.

Beyond Head Start, providing pre-K has largely been a state activity, but there is an important role for the federal government to play. Establishing a partnership with states would allow them to build on the public pre-K programs they already have in place. While all but six states have a public pre-K program, access and quality are highly varied depending on where a child lives, and very few programs are universal. And pre-K is often subject to budget cuts, especially during trying economic times. Federal funding tends to be more stable and greater investment could improve access and quality so children benefit regardless of their zip code.

Our team has been researching and writing about the need to expand access to high-quality pre-K for many years, but the COVID-19 pandemic brings added urgency to this issue. Pre-K is not a silver bullet, but after a year of children experiencing trauma from significant disruptions in their routines, economic insecurity, illness, and loss, high-quality pre-K can help get them on the path to succeed in kindergarten and beyond.

We currently have a window of opportunity. The Biden administration has expressed interest in universal pre-K. Senator Murray, a former preschool teacher, is set to lead the Senate education committee and is an outspoken proponent of the Child Care for Working Families Act. The Democrats hold a slight majority in both the House and Senate, but do not possess the 60 votes necessary to overcome a filibuster. However, we shouldn’t write pre-K off as an issue only supported by Democrats. National polls show there is strong support nationwide among voters from both parties. Oklahoma, one of the country’s most conservative states, was one of the first to create a well-regarded universal preschool program. And there is currently an appetite for investment in pre-K. Universal pre-K did well in the 2020 election at the state and local level. And California’s new masterplan for early education calls for universal pre-K for all four-year-olds.

The coronavirus pandemic has shined a bright light on the shortcomings of our early care and education system. Republicans, Democrats, employers, and parents alike have realized the importance of child care and there is no question that our economy cannot recover without a substantial investment in child care. And as lawmakers work to stabilize and rebuild our systems, they would be wise to also include investments and policies to expand access to pre-K as one important part of a comprehensive early care and education system.