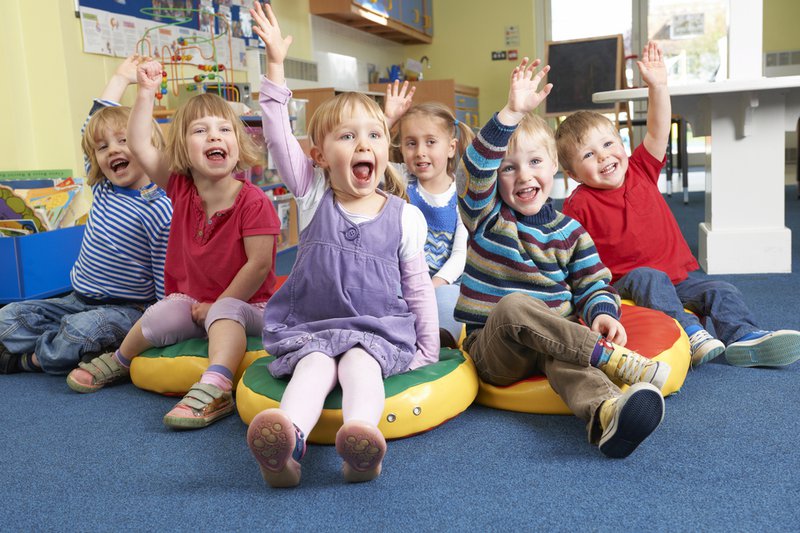 Late last week, an opinion piece in The Washington Post launched another round of debate about pre-K. The piece, by former Tennessee education commissioner Kevin Huffman,* questioned the impact of pre-K and showed that several misunderstandings still exist about what pre-K is and how to determine if it works. As American society grapples with how to invest wisely in public education at a time of scarce resources and growing gaps between haves and have-nots, all of us in education policy will need to come to a greater understanding of what we know, what we don’t, and where our biggest challenges lie. Below are three facts and three challenges we see.

The Tennessee study cited by Huffman compared children enrolled in the state-funded pre-K program to children who were eligible but who did not receive a spot due to waiting lists. At the end of the pre-K year, the children in pre-K had significantly higher achievement scores than the comparison group on all six of the study’s kindergarten-readiness tests, with the largest effects on literacy. They also were rated by kindergarten teachers as showing more positive behaviors that would help them succeed in kindergarten. Similarly, a nationwide study of Head Start also showed positive effects at the end of Head Start. Positive results at the end of pre-K are also evident in relatively large studies conducted in Oklahoma, Georgia, Montgomery County (Md), Boston Public Schools, New Jersey, and West Virginia. (For more, see this meta-analysis of 84 studies showing positive impact at conclusion of learning programs aimed at three- and four-year-olds.)It is one thing to measure pre-K’s effectiveness against the goal of helping children get ready for kindergarten, as done above. It is tougher to implement pre-K for large groups of children while simultaneously expecting pre-K to have an impact that shows up in data years after children have finished the program. These are common critiques and important concerns, and they were cited in Huffman's opinion piece. (See our challenges below about not expecting pre-K to be an inoculation and not doing it on the cheap).  Some studies, however, are showing that while it may not be easy, scale-up and sustained impact are possible. Although the most oft-cited studies on the long-term impact of pre-K come from small programs that existed decades ago (such as Perry and Abecedarian), a few new studies examine the long-term impact of larger programs. In New Jersey, the  pre-K program once known as the Abbott Preschool Program that extends across more than 30 school districts has been associated with learning gains into fifth grade. Another study, conducted across the state of Washington, showed positive results on third, fourth, and fifth grade test scores. Figuring out what works best and why is now a topic of fervid study, but many experts point to the importance of strong teachers, making better connections to the K-3 grades, and using sound curricula and pedagogical approaches that build on children’s learning from year to year. A common misperception about publicly funded pre-K is that it requires putting children in classrooms in public schools, but that is not always the case. In many states, public pre-K is available through what educators call a  “mixed delivery” system, in which private child care centers receive grants from the state or the school district to provide pre-K. These private centers may be non-profit, for-profit, faith-based, or otherwise. Head Start centers may also be part of a state or local pre-K system; for example, in Oklahoma, the Head Start centers in Tulsa are among the key providers of state pre-K.  Some early childhood advocates and policymakers (as well as parents) are wary of programs in public schools because they perceive them as being too academic for children as young as three or four. This is an important concern across the early childhood world, and research continues to evolve on how to ensure a high-quality learning environment for children with a positive emotional climate and content-rich interactions between children and the teachers and other adults in the classroom.

Too often, pre-K is depicted as a silver bullet or vaccine -- some sort of magic intervention that will inoculate children from any effect of their learning environments in the following years. But as is evident in multiple studies, it is not always the case that children who attended pre-K are forever ahead of their peers who did not.  In several cases, test scores between the two groups converge by the time several years have passed, or, as in Oklahoma and the Head Start Impact Study, some students continued to see benefits while others didn’t. It is contrary to developmental science to expect that as long as children get a good experience at age four, that is all they’ll need to succeed in school, when in fact their intellectual capabilities and social-emotional skills are very much still under development past age 5, and when their attitudes about learning and their senses of identity are just starting to be formed. In the Tennessee program, by third grade children who had experienced the pre-K program were in some cases actually doing worse on various academic and social measures than children who did not experience it.  This outcome has perplexed many researchers but there is no way to determine why without a deeper understanding of what actually happened in the classroom and in these children’s lives during the four years that transpired since they left pre-K.

Fortunately the Institute for Education Sciences just announced six research sites embarking on new studies to examine this very issue. According to an excellent series of recent Ed Week articles on the forthcoming research, the researchers in Tennessee “hypothesized that school districts may simply not have been following up on the hard-won growth of the students who attended preschool.” The new studies should help to test that hypothesis. Meanwhile, many early education experts are being careful not to overpromise and instead are focusing on building a stronger continuum of learning starting from birth and extending up through the early grades. (A series of papers and state profiles published by our team last year have explored what it takes; you can find them on this interactive map.)

High-quality pre-K requires a teacher in the classroom who is well-versed in child development, has experience teaching early math and literacy concepts, who understands how to guide children’s social-emotional development, who can build strong relationships with parents, and who can tune into and assess the needs of individual children while also keeping classrooms safe and active learning environments for all. In other words, it requires teachers who can be trained and compensated as professionals and who are continuously learning and collaborating with colleagues and families. This requires real investment; it cannot be done on the cheap. Yet at the moment, there is a wide range of state spending per child on pre-K, from just over $1500 per child per year to closer to $12,000 per year. In 2013,  the Society for Research in Child Development and the Foundation for Child Development published a report, Investing in Our Children, that synthesized dozens of studies on pre-K. It stated that “only a minority of preschool programs are observed to provide excellent quality and levels of instructional support are especially low.” Fixing this problem is a key task for the field and improving the workforce was the subject of a huge volume from the Institutes of Medicine and National Research Council last year. On the federal level, Republicans and Democrats have come together over the past two years to unanimously pass spending bills that pay for pre-K, both through Head Start and the Preschool Development Grants that enable states to expand and improve their programs. Governors on both sides of the aisle in states as varied as Michigan, Arkansas, and New York  have promoted high-quality pre-K. But there are some key disagreements both within and across political parties (and among professionals in the early education space) on how to pay for the improvements and expansions that are needed and how to scale up strong pre-K systems that do a better job of connecting to public schools up through the grade span. Policymakers and the public need to start seriously grappling with these questions, and more analysts are needed to examine different financial models and propose best ways forward. This deserves much more discussion from candidates this election season.

* Kevin Huffman was recently awarded an annual fellowship through New America’s Fellows Program to write a book about his experience with public education in Tennessee. He is not affiliated with our Education Policy Program.