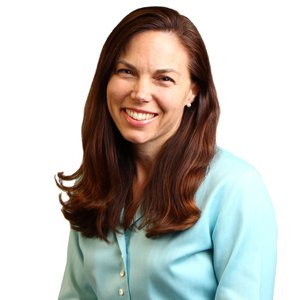 Lisa Guernsey is a senior fellow and strategic advisor in the Education Policy program at New America. Lisa’s writing and editing sits at the intersection of literacy (including digital and media literacy), equity in education systems (including libraries, schools, and digital environments), and the science of learning.

Before coming to New America, Lisa was a staff writer at the New York Times and the Chronicle of Higher Education. She has contributed to national publications including Scientific American, The Atlantic, the Washington Post, Newsweek, Time, Slate, ZERO TO THREE, and USA TODAY.

She is co-author, with Michael H. Levine, of Tap, Click, Read: Growing Readers in a World of Screens (Jossey-Bass, 2015) and author of Screen Time: How Electronic Media—From Baby Videos to Educational Software—Affects Your Young Child (Basic Books, 2012). She has contributed to multiple books on technology and learning, including A Librarians’ Guide to Engaging Families in Learning (Libraries Unlimited, 2021), Exploring Key Issues in Early Childhood and Technology (Routledge, 2019), Family Engagement in the Digital Age (Routledge, 2016), and Technology and Digital Media in the Early Years (Routledge, 2014).

Lisa has served on several national advisory committees on early education, including the Institute of Medicine's committee that led to the seminal 2015 Transforming the Workforce for Children Birth Through Age 8: A Unifying Foundation; the FIRST LEGO League advisory board; and the advisory board for the National Center on Parent, Family, and Community Engagement. She is on the CPB-PBS Ready to Learn advisory board and the board for ACT for Alexandria, a community foundation in Virginia.

Public Libraries and the Pandemic