COVID-19 Is This Generation's 9/11. Let's Make Sure We Apply the Right Lessons. 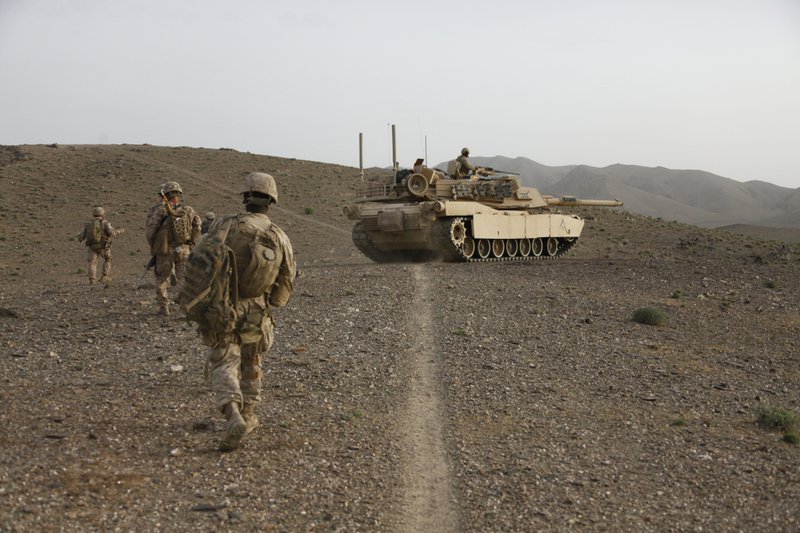 Some moments are seared into memory. My parents can remember exactly where they were and what they were doing when they heard about the assassinations of President John F. Kennedy and Dr. Martin Luther King. My grandparents vividly recall hearing the news about Pearl Harbor and V Day. For my generation, that defining event was 9/11.

Cold War historian John Lewis Gaddis argues that surprise attacks, from the burning of the White House during the War of 1812 to Pearl Harbor, have upended Americans’ assumptions about national security. Each attack prompted policymakers to reconsider the country’s existing security strategy, and revise it to extend its global and domestic reach.

Such was the impact of 9/11, which fundamentally reshaped our conceptions of security and politics, launching still-ongoing military interventions in Afghanistan and Iraq and a host of invasive domestic surveillance programs.

The post-9/11 period saw a sweeping reorganization and rapid expansion of the U.S. intelligence community; a 2010 Washington Post investigative series revealed that “no one knows how much money it costs, how many people it employs, how many programs exist within it or exactly how many agencies do the same work." We’ve also seen expanded funding for military tools to fight terrorism: Congress has created an “Overseas Contingency Operations” account (described by critics, including then-Congressman Mick Mulvaney, as the Pentagon’s “slush fund”) to fund our wars and circumvent caps on Pentagon spending. Altogether, the United States has spent $6.4 trillion on the war on terror since 2001, averaging out to about $320 billion per year.

This bloated counter-terrorism bureaucracy has scored some victories—the United States hasn’t experienced another terrorist attack on the scale of 9/11 since then—but they come at a significant price. The invasion of Iraq spawned a brutal sectarian civil war, producing the conditions that allowed ISIS to metastasize; al-Qaeda and ISIS affiliates have now sprung up around the world. U.S. troops remain in Afghanistan almost two decades after 9/11, and we’ve gone on to create humanitarian disasters in places like Yemen and Libya. Proxy wars are being fought across the MENA region by actors supported by the United States and its regional security partners.

And in our fixation with waging wars abroad, we’ve neglected to address existing gaps and tensions within the United States—with devastating consequences. According to New America’s International Security Program, homegrown terrorist attacks inspired by trans-national jihadist and far-right ideologies have killed more than 200 people since 9/11. Mass shootings have killed more than 1,300 people since 2009.

In short, we’re reaping the logical consequences of unchecked militarism and imperialism. Rather than creating sustainable job opportunities and expanding access to healthcare and education—all of which could increase communities’ resilience to terrorist recruitment—we have chosen to invest in drones and a special forces presence around the world. Instead of encouraging responsive governance in our military partners, we’ve supported autocrats who claimed to be our partners in counter-terrorism. And we have under-resourced conflict prevention efforts abroad, focusing instead on funding never-ending military interventions in Afghanistan and Iraq.

COVID-19 is likely to become another 9/11 moment, one that again reshapes Americans’ conceptions of what security means. Far more Americans have been personally affected by the virus over just the past couple of months than by terrorist attacks over the last two decades. Indeed, analysts from different ideological traditions have already begun speculating on what a post-coronavirus transformation in U.S. grand strategy might look like.

But COVID-19 can’t be another 9/11 moment, if that means the securitization and militarization of disease response. Like terrorism, the spread of infectious disease is not best fought by military means; there’s no weapons system capable of defeating COVID-19.

Nevertheless, this administration or a future one may be tempted to “repackage and rebrand certain counterterrorism activities and programs merely to suit the global challenge du jour,” as notes Dan Mahanty, director of the U.S. Program for the Center for Civilians in Conflict. COVID-19 has already led to calls for the mobilization of military assets and comparisons to warfighting; moreover, calls to hold China accountable for the virus—and Sinophobic rhetoric from politicians and pundits—parallel xenophobia and racism toward Muslims and Arabs in the wake of 9/11. Much like the State Department and USAID frequently found themselves justifying their programming in terms of counter-terrorism benefits, a securitized COVID-19 response could see resources directed toward the Department of Defense at the expense of diplomacy and aid programs.

This military-centric approach to security is both short-sighted and dangerous, as demonstrated by COVID-19’s rapid spread around the world. Rather than taking a securitized approach to COVID-19, a new grand strategy must be fundamentally oriented around human well-being.

What would this look like? To start, it would take a diplomacy-first approach to foreign policy, with increased State Department and USAID funding for programs aimed at predicting and preventing outbreaks of violence in the immediate term. This would require us to rebuild the State Department and reverse years of damage inflicted by the Trump administration. In the longer term, it would feature peacebuilding efforts that bolster societies’ resilience to violence by building institutions, supporting targeted communities, and shaping norms. Rather than arming proxies and sending our special forces to partner with often unsavory partner governments on counter-terrorism operations, a diplomacy-first approach would promote stability through conflict prevention.

It would also prioritize an expansion in international aid to combat the climate crisis, criminal trafficking networks, nuclear proliferation, the small arms trade, and, of course, disease. Most of this international aid should not be subsumed into the national security bureaucracy or budget; Instead, aid efforts should be coordinated at the international level to ensure that resources strengthen existing institutions and are distributed equitably. The G-20’s temporary halt to debt payments from the poorest countries should also be extended to debt forgiveness and assistance that enhances the economic and health recovery of vulnerable countries.

A strategy oriented around human well-being would also require the national security bureaucracy to revamp its hiring and personnel practices. According to a 2019 report from New America’s Political Reform program, the presence of women decision-making improved processes and innovation in the nuclear security community. A post-COVID grand strategy would benefit immensely from a diversity of practitioners and communities.

Finally, a human-centric approach to security would largely collapse the distinctions between the foreign and domestic policy arenas. The 9/11 moment fundamentally reshaped our domestic politics by heightening fear and prioritizing prevention of terrorist attacks, often at the expense of civil liberties. Our post-pandemic grand strategy would increase well-being abroad, which would have positive reverberations at home (infectious diseases, as we’ve found, don’t respect borders). Domestically, this new approach would center on building democratic institutions; creating secure, well-paying jobs; and transitioning to an equitable, low-carbon economy. This would be a stark contrast to the Trump administration’s beggar-thy-neighbor approach, with its emphasis on negotiating bilateral trade deals that are better for “us” than for “them,” and which stokes xenophobic nationalism while essentially hijacking protective gear intended for our international partners.

In his farewell speech, in which he coined the term “military-industrial complex,” President Eisnehower reminded the nation that “America's leadership and prestige depend, not merely upon our unmatched material progress, riches and military strength, but on how we use our power in the interests of world peace and human betterment.” Like 9/11, COVID-19 will unquestionably transform our approach to security and politics. Unlike 9/11, it should spur us to reorient U.S. strategy around improving human health, prosperity, and opportunity—both at home and around the world.