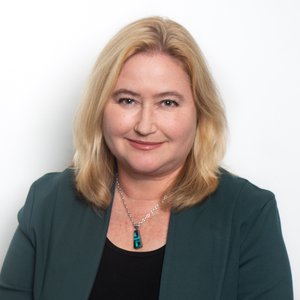 Rebecca MacKinnon was the founding director of Ranking Digital Rights (RDR), a program that works to promote freedom of expression and privacy on the internet by creating global standards and incentives for companies to respect and protect users’ rights. RDR’s Corporate Accountability Index ranks the world’s most powerful internet, mobile, and telecommunications companies on relevant commitments and policies, based on international human rights standards. In the academic year 2019-2020, she is also a University of California Freedom of Speech and Civic Engagement Fellow and a UC San Diego Pacific Leadership Fellow.

Author of Consent of the Networked: The Worldwide Struggle for Internet Freedom (Basic Books, 2012) MacKinnon is co-founder of the citizen media network Global Voices. She currently serves on the board of directors of the Committee to Protect Journalists and was a founding member of the Global Network Initiative. Before launching the Ranking Digital Rights project, she was a senior research fellow (2012-2013) and Bernard L. Schwartz senior fellow (2010-2012) at New America. She is also a visiting affiliate at the Annenberg School for Communication’s Center for Global Communications Studies.

Fluent in Mandarin Chinese, MacKinnon was CNN’s Beijing Bureau Chief from 1998-2001 and Tokyo Bureau Chief from 2001-2003. Since leaving CNN in 2004, she has held fellowships at Harvard’s Shorenstein Center on the Press and Public Policy, the Berkman Center for Internet and Society, the Open Society Foundation, and Princeton’s Center for Information Technology Policy. In 2007-08 she taught online journalism and conducted research on Chinese internet censorship at the University of Hong Kong’s Journalism and Media Studies Centre, and was a 2013 adjunct lecturer at the University of Pennsylvania Law School. She received her AB magna cum laude from Harvard University and was a Fulbright scholar in Taiwan.

Consent of the Networked

How the Biden Administration Can Tackle Social Media Reg ...