How was the project conceived?

What is the project about?

Does the project have a political or advocacy aim?

What categories are included in the project?

How does the project define the category “Anti-Sharia Legislation”?

How does the project define the category “Opposition to Refugee Resettlement”?

How does the project define the category “Opposition to Mosques, Muslim Cemeteries & Schools”?

How does the project define the category “Anti-Muslim Actions & Statements by Elected & Appointed Officials”?

How does the project define the category “Hate Incidents Against Mosques & Islamic Centers”?

How does the project define the category “Media Reports of Anti-Muslim Violence & Crimes”?

Why doesn’t the project include federal officials, federal legislation, or Presidential Executive Orders?

Are the graph, the two maps, and spreadsheet interactive?

What timeframe does the project look at?

What are the project's limits?

How was the dataset compiled?

How was the project conceived?

Muslim communities across the United States have, over the last several years, become concerned about anti-Muslim activities that were taking place and yet not being covered by national media outlets. In numerous research trips to communities around the country, New America became aware of this widespread concern, and created this database to better understand and evaluate the scope and scale of anti-Muslim activities at the state and local level.

What is the project about?

Does the project have a political or advocacy aim?

No. The project is nonpartisan and it is based on in-depth and independent research. In compiling the more than 700 incidents that are included in the project, we avoided editorializing, we describe each incident as it was reported, and we do not cite advocacy groups. We clearly define our six categories of incidents and we are careful to include only those incidents that meet the criteria for each category (described below). This means that we take a conservative approach to what we include and what we exclude from the dataset.

What categories are included in the project?

The project includes the following six categories: (1.) Anti-Sharia Legislation, (2.) Opposition to Refugee Resettlement, (3.) Opposition to Mosques, Muslim Cemeteries & Schools, and (4.) Anti-Muslim Actions & Statements by Elected & Appointed Officials, (5.) Hate Incidents Against Mosques & Islamic Centers, and (6.) Media Reports of Anti-Muslim Violence and Crimes. Definitions for these categories are given in the answers that follow.

How does the project define the category “Anti-Sharia Legislation”?

Anti-Sharia Legislation is defined by legislation that bans Sharia, or Islamic law, from implementation or consideration in the court systems of a state. More recently, bills often use the term ‘foreign law’ to mask the intent of the bill. The term ‘foreign law’ gained importance after earlier efforts to explicitly target Sharia law were declared unconstitutional by the courts.

How does the project define the category “Opposition to Refugee Resettlement”?

Opposition to Refugee Resettlement is defined as any legislation or action by public officials that hinder the refugee resettlement process or voice opposition to the resettlement of refugees in a certain area. In nearly all cases, opposition to refugee resettlement is meant to restrict the resettlement of Muslim refugees. For this category, the project only includes actions or statements by public officials and not actions by the general public. This is because appointed or elected officials hold positions to formulate, introduce, and implement policy, whereas the general public does not hold such positions. For instance, the project excludes the following incident in Sunbury, PA, where fliers promoting white nationalism and stating “refugees not welcome” were found on the Sunbury Islamic Center by members of the community.

How does the project define the category “Opposition to Mosques, Muslim Cemeteries & Schools”?

How does the project define the category “Anti-Muslim Actions & Statements by Elected & Appointed Officials”?

Anti-Muslim Actions & Statements by Elected & Appointed Officials at the state and local level include any actions or statements that aim to marginalize or discriminate against Muslim communities, or restrict their religious freedoms. These actions include incidents such as Texas state Rep. Molly White’s (R-Belton) instructions to her staff on Texas Muslim Capitol Day in 2015 to ask Muslims visiting her office that day to “declare allegiance to the U.S.” Anti-Muslim statements may include rhetoric from elected or appointed officials, such as Michigan's Village of Kalkaska President Jeff Sieting’s 2017 Facebook post, which called for the killing of “every last Muslim.”

How does the project define the category “Hate Incidents Against Mosques & Islamic Centers”?

The category Hate Incidents Against Mosques & Islamic Centers is defined as media reported incidents of vandalism, destruction, threats, or other criminal acts directed against mosques and Islamic centers. The project relies on media reports because self-reported incidents are hard to verify. We also include incidents against Sikh temples when there is clear evidence that the incident was driven by anti-Muslim bias. For example, we included an incident from Spokane, WA, where a Sikh temple was vandalized by a man who said he thought it was a mosque affiliated with ISIS.

Furthermore, we did not include a number of incidents that could not be directly linked to anti-Muslim prejudice. For example, we do not include robberies of mosques, unless there was evidence that robbery was motivated by anti-Muslim ideology.

How does the project define the category “Media Reports of Anti-Muslim Violence and Crimes”?

The project defines these incidents as those that involve threats, harassment, physical harm, attempts at physical harm, or any other criminal incidents that were reported as motivated by prejudice against Muslims. The project relies on media reports because self-reported incidents are hard to verify, and we avoid the rubric “hate crimes” due to inconsistencies in different local and state jurisdictions as well as the fact that some states have no hate crime laws on the books. Included among this category are cases such as a December 2016 incident during which a female Muslim municipal employee was ridiculed by a male state employee, who also grabbed the woman’s hijab off her head and threw it on the ground. The man was arrested but not charged with a hate crime. Nevertheless, the incident demonstrates harassment and anti-Muslim bias.

The project excludes incidents without explicit anti-Muslim bias that may be motivated by anti-immigrant or anti-Middle Eastern bias. For example, we do not include a 2015 incident at Penn State University during which an Indian student was harassed and assaulted by another student who admitted it was because the victim appeared to be Middle Eastern. The project does not presume that perpetrators of prejudice-driven violence and crimes are informed enough to target the right people. However, we do not want to run the risk of conflating anti-immigrant or anti-Middle Eastern bias with anti-Muslim bias.

Some incidents clearly demonstrated anti-Muslim bias but did not involve criminal acts or violence. This was apparent in a December 2017 incident during which a Pearland, TX, substitute teacher called the police on a Muslim 6-year-old with Down syndrome because she claimed to have heard the child say “Allah” and “boom” several times in class. According to the child’s father, the claims are impossible because the child does not speak at all. Despite obvious anti-Muslim bias, such cases are not included in the project because they are not characterized by violence or criminal incidents.

Furthermore, we did not include a number of incidents that could not be directly linked to anti-Muslim prejudice. We also did not include incidents of violence and crimes against groups often mistaken as Muslim, such as Sikhs, unless there was evidence that the suspect was driven by anti-Muslim bias. We did not include a January 2017 incident in Woodland, CA, where a Sikh-owned business was burglarized and vandalized with racist messages such as “terrorist” and the N-word, before the perpetrators attempted to burn down the building. While the messages are obviously racist, they are not explicitly anti-Muslim. We did include an October 2016 incident in Lakeland, TN, during which a group of teenagers assaulted an Israeli man because he “looked Muslim” to them. The man had no affiliation with Islam. There was, however, explicit anti-Muslim bias present in this case.

Why doesn’t the project include federal officials, federal legislation, or Presidential Executive Orders?

Anti-Muslim actions by federal officials, federal legislation, and Presidential Executive Orders receive a significant amount of attention from national media outlets. We felt including them would replicate much that is already well documented. However, incidents at the state and local level by elected and appointed officials receive far less attention. Our aim was to build and maintain a dataset that provides a fuller picture of what is happening across the country and which is often overlooked in public discussions.

Are the graph, the two maps, and the spreadsheet interactive?

What timeframe does the project look at?

The dataset covers incidents from 2012 to 2018. We focused on this timeframe because it includes two presidential election cycles and so the data provides a fuller understanding of the extent to which national politics and world events may have an impact at the state and local level.

What are the project's limits?

While we did an exhaustive search of publicly available information there are limits to the dataset. First, we may have overlooked some incidents. Second, if incidents are not reported and/or publicly available we would not be able to identify them. Third, hate crimes are typically not published by federal, state, or local governments. As a result, there is no way to include all hate crimes. Lastly, we only include those incidents that firmly meet our criteria; therefore, there were a number of incidents that we intentionally excluded from our dataset.

How was the dataset compiled?

To compile the dataset we consulted researchers and scholars working on these and related topics. We also relied on multiple databases to include, but not limited to: LexisNexis, LegiScan, and various Internet search engines and related tools. LegiScan has been a helpful resource for tracking anti-Sharia and anti-refugee legislation. Digital versions of bills, along with their current status, can be located on LegiScan. In some instances, we also contacted local media outlets, police and sheriff departments, city offices, and other possible sources that could be identified and reached.

Yes. The dataset can be found at the bottom of the page (in the right hand corner). It can be downloaded in both CSV and JSON format.

This project provides a comprehensive source of publicly available information about anti-Muslim activities at the state and local level in the United States from 2012 to 2018. 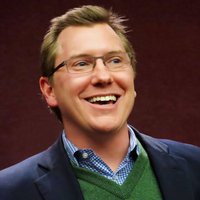 Robert L. McKenzie, PhD, is a nonresident fellow at New America. Previously he was a senior fellow and director of the Muslim Diaspora Initiative, as well as an adjunct professor at Columbia University. McKenzie is a domestic and foreign policy analyst and scholar of the Middle East and North Africa, with fifteen years of applied research and work experience for the U.S. government, private sector, and academia.