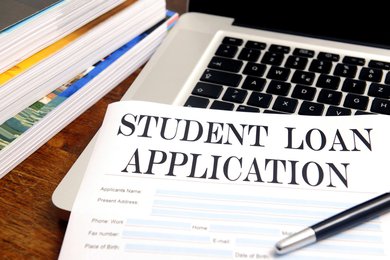 New America analysis of recently available Department of Education data reveals that much of America’s student debt problem may be a result of expensive graduate and professional degrees—not unaffordable undergraduate educations. In fact, around 40 percent of recent federal loan disbursements are for graduate student debt, suggesting that a large chunk of the ubiquitous “$1 trillion in outstanding federal student debt” number is, in fact, graduate debt.

New America’s report, The Graduate Student Debt Review, suggests that debt for graduate students in a range of master’s and professional degree programs accounts for some of the most dramatic increases in student borrowing between 2004 and 2012. Moreover, this trend is not limited to what many already know are high-cost credentials, like those in medicine and law. According to the data, in 2004, the median level of indebtedness for a borrower who earned a Master of Arts degree was $38,000. In 2012, that figured jumped to $59,000, after adjusting for inflation. Debt levels for other master’s degrees, such as a Master of Science or a Master of Education, show similar trends. For borrowers at the 75th percentile of indebtedness, the increases are even larger in absolute terms. For most master’s degrees, debt at the 75th percentile jumps from about $54,000 for degree recipients in 2004 to $85,000 in 2012, after adjusting for inflation.

Importantly, New America's research findings do not necessarily entail that today’s students will pay more than their peers graduating a decade ago. Substantial new debt relief and assistance programs exist, in the form of income-based repayment plans and the Public Service Loan Forgiveness program, which transfer large portions of graduate debt burdens from students to taxpayers. Our report nevertheless shows that the net cost of graduate education in the economy has surged in recent years. It also raises questions about the possible role of federal policies in encouraging cost escalation – a topic we will consider in future research. It also suggests that policymakers and news media should shift their understanding of student debt as primarily an undergraduate problem.

The report can be viewed online.