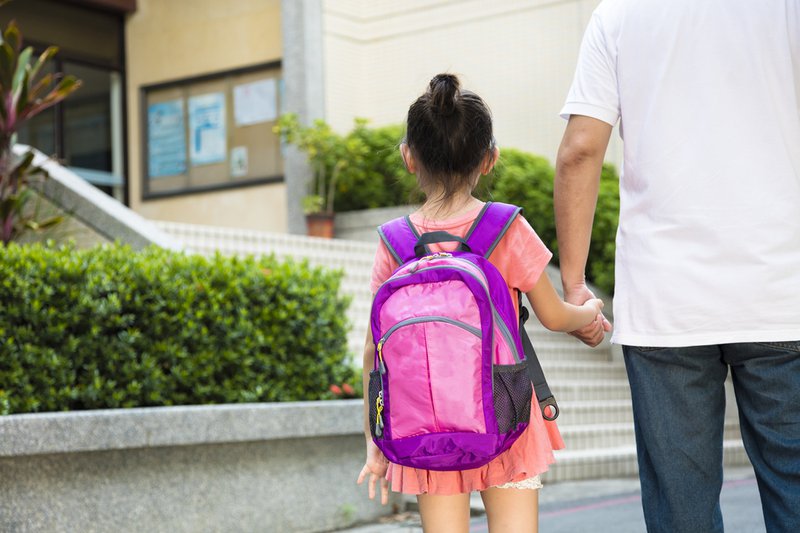 Two new surveys show that parents of young children put a premium on their children’s social and emotional growth. Those results—which run counter to the well-worn emphasis on helping children learn their ABCs and become academically prepared for kindergarten—come from studies by The Trust for Learning, a group of grantmakers focused on quality early learning, and the National Association for the Education of Young Children (NAEYC), a national membership association for teachers and other educators of children from birth through age 8.

Trust for Learning released its results a few weeks ago in a report titled Parents as Consumers of Early Childhood Education. Based upon a literature review, a survey of 1,449 parents, and findings from 12 focus groups, the report states that parents are seeking early childhood experiences for their children that will help them become “capable, well-rounded, and productive members of society.”

Using data from the surveys, the Trust for Learning report features a diagram based on 76 percent of respondents that shows how a parent’s desire for a particular attribute in an early learning experience is connected to that parent’s desire for a particular outcome for their child in the long run. The report calls this diagram a “map of parental perceptions and aspirations” that reveals how parents “understand and act on their children’s early development.” (See image below.) 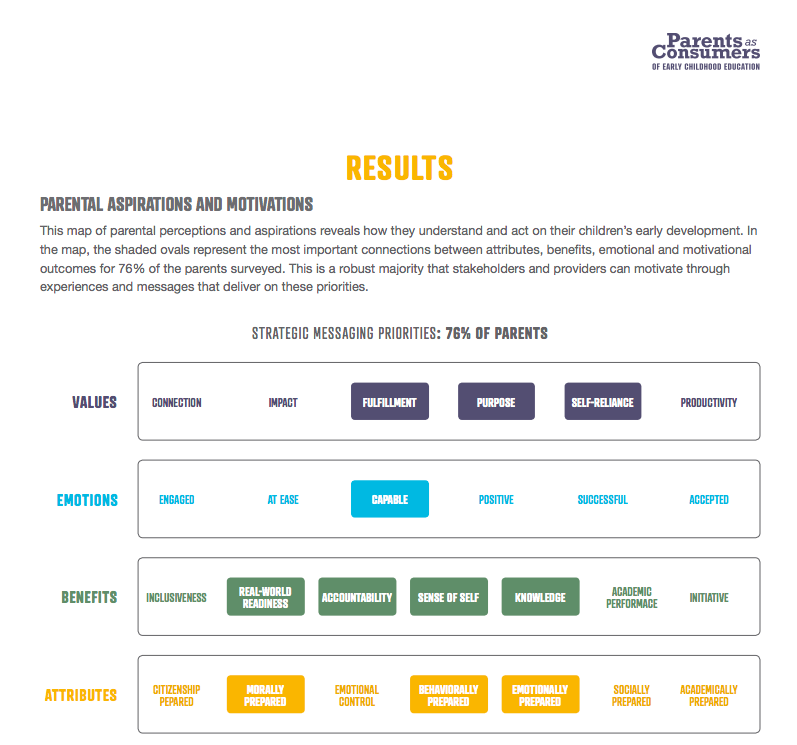 Using the various bubbles on this diagram as stepping stones, the report calls out three pathways that move up from the attributes at the bottom to the values at the top:

This concept of moral preparation may strike some experts in early childhood policy as surprising. The word morality is not in the lexicon of today’s “school readiness” brochures and policies. It is defined in the report as “knows right from wrong; is respectful; is kind to others; takes responsibility for their actions.”

While early childhood observers and experts will continue to chew on the results from the Trust for Learning report (the full 27-page text is here), there are also important findings from NAEYC that are contributing to a more complicated picture of what parents want.

The NAEYC survey results (explained in this executive summary and slides with more data) were released in July. In addition to deep research into what educators and other professionals in early childhood think about their work, NAEYC surveyed 1,202 parents with children up to age 16, with 4 out of 10 of them having a child under age 5 in their household. It shows that nine out of ten educators and six out of ten parents agree that quality means having teachers who “inspire the kids” and promote positive social and emotional development.

One fascinating disconnect that the NAEYC survey uncovers is that educators’ perceptions of what parents want is not quite the same as what parents in this survey and in the Trust for Learning survey say they want. For example, NAEYC asked educators: “In your mind, what are parents’ biggest misperceptions about what contributes to high-quality early learning?” The top choice at 28 percent of educators was “overemphasis on academics.”

The NAEYC research is also uncovering that some parents do not place high value on teachers receiving good compensation and benefits. Thirty-four percent said having teachers who are “well-compensated” is “extremely important” in choosing an early learning program for their child; another 43 percent said that factor was “very important.”  That leaves about a third of parents who did not put compensation in the “extremely” or “very important” category. That finding may be explained by another data point: “Nearly 40 percent of parents believe that any major effort to increase the quality of early childhood education will result in them paying more” for the program that their child is enrolled in.

Fortunately for efforts that focus on quality teaching, both the NAEYC and Trust for Learning surveys show that parents do recognize that the work of teachers plays a key role in their children’s growth and development. A bar graph (below) from the NAEYC survey shows parents’ desires for inspiring and well-trained teachers. 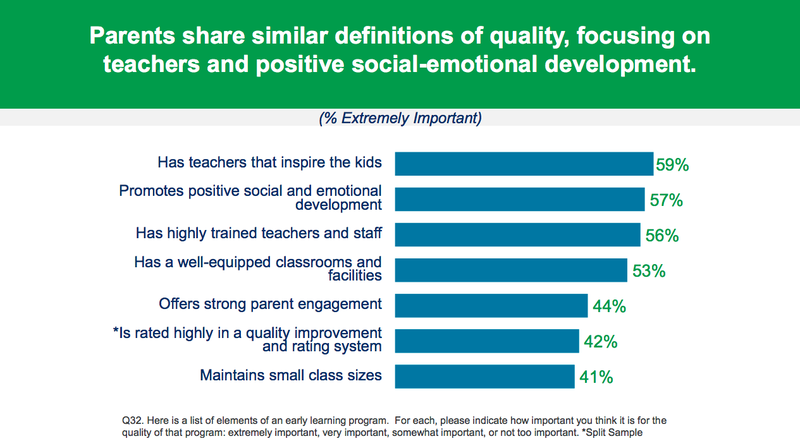 Source: National Association for the Education of Young Children (NAEYC)

The Trust for Learning data, also, showed that parents value early education programs, with 70 percent of parents saying that quality programs are valuable. Quality, those parents say, comes from teachers: Ninety percent said that the quality of teachers and staff is an extremely or very important factor when choosing care and education for their children.

The next several years will be critical for early childhood policymakers and educators as they work to increase the status, pay, and education levels of educators in early childhood settings. These results showcase the importance of listening to and grappling with parents’ needs, as well as incorporating more parent feedback and parent voice in those efforts. Consider what might be possible if the field could become even more intentional about harnessing the power of parents and other family members to talk publicly about what they really value from their children’s educators and caregivers.