The Pandemic Pass/Fail Problem: How Colleges Can Help Students Transfer 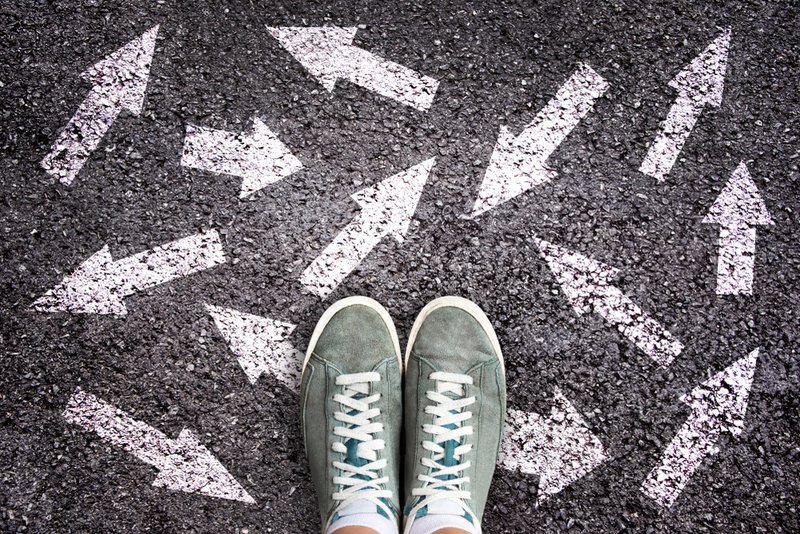 This blog is part of a series about student transfer in higher education and the impact of the COVID-19 pandemic on transfer students. You can read more here.

When college campuses shuttered in spring 2020 and pivoted to online instruction, students were faced with a myriad of challenges. On top of many students having to move out of residence halls, the sudden disruption in the middle of the semester meant a change to nearly every aspect of their education. Some students could no longer attend study groups or tutoring sessions as they had once had. Those that were learning online may not have had the same quality as in-person sessions, as faculty also were forced to adjust their entire way of teaching. Additionally, surveys showed that students reported concerns over not having the same access to labs or equipment as they did before the transition to remote learning. This was not a normal semester in any way, but especially academically, as students had to adapt to a new way of learning.

Most institutions saw this and understood. At many colleges and universities, faculty and administrators recognized the unprecedented circumstances the pandemic brought and decided to invoke pass/fail grading policies. This meant that at the end of the semester students received either pass or fail for their work instead of a traditional letter grade. And some colleges continued a version of the policies into the fall semester. The decision to move to pass/fail was the right decision in many cases. Students were already facing increased stress; worrying about grades rather than just learning in a time of crisis would be an unnecessary burden.

But the decision has raised some questions about how it will impact students’ further academic pursuits. The big question is how others will interpret students’ work when the credits they earned for a semester (or more) are graded as “pass” rather than the letter grades. This is an especially pressing question for the roughly 1.4 million students who transfer each year. While some institutions allowed students to choose between pass/fail and a letter grade (usually before knowing what the letter grade would be), other institutions implemented the policy across the board with or without student input. Because of this, students who wish to transfer should not be penalized for an institutional policy they had no choice in. Additionally, students who opted for pass/fail grades should not be reprimanded academically for not selecting a letter grade assignment after a stressful and challenging semester in a pandemic when so many students struggled with their mental and physical health. In fact, a Strada Public Viewpoint poll from October 2020 showed that one third of college students felt that online learning made their ability to learn “much worse.”

Institutions were compassionate in the midst of the pandemic, but they must continue to be understanding in the years to come. After months of surveys showing that students, especially underrepresented students, faced hurdles like never before because of Covid — including increasing food and housing insecurity, lack of access to reliable, high-speed internet, no quiet space to study, and loss of wages— higher education should not put any more obstacles in students’ way. The community college student who hopes to transfer to the four-year university should still have an equal opportunity to transfer.

Transferring is already a cumbersome process where students often lose credits they have earned. Institutions must not view students with pass/fail grades as less academically able in admissions — and financial aid. If institutions grant students merit-based aid based on grades they earned at their previous school, they should not have pass/fail credits prohibit transfer students from earning that aid. Students should still be eligible for merit aid even if some of their credits are pass/fail.

But colleges and universities can’t just apply this to admissions and scholarships. They must do the same when it comes to credit evaluation and accept transfer students’ pass/fail credit. However, during this time, institutions should reflect on and analyze how they accept pass/fail transfer credits. Institutions should make sure those credits count for general education and major requirements when possible, rather than accept them for just elective credit. Institutions should not view pass/fail credits received as meaning a student is less academically prepared. Not only is there no evidence to support that, this was a global crisis. During Covid and Covid-resulting transfers, all pass/fail credits should be treated with equal weight to be the most fair to the work incoming transfer students put in. If institutions only accept pass/fail credits as electives, they could put students behind on their degree pathway. When transfer credits are not accepted toward general education or major requirements it can delay degree completion for transfer students.

This change in policy doesn’t just affect transfer students though. We’ve already seen how it can impact students who hope to pursue graduate education. Last year, Harvard University’s Medical School made headlines for saying they would not accept applicants’ prerequisite courses if they were taken as pass/fail if students had a choice in the matter. Students who made this decision did so in the middle of the pandemic, likely unaware of policies like these. Plus, requiring students to prove they did not have a choice regarding their institutions’ grading policy places an undue burden on already stressed out students. And while of course we know that Harvard is not representative of every institution of higher education, this declaration brought up an issue important to equity. Graduate schools should also adopt accepting policies when it comes to pass/fail, for the same reasons as outlined above. Undergraduate students who earned pass/fail credits during a raging and challenging pandemic should not be prevented from attending their graduate school of choice because of their former institutions’ grading policy. Punishing applicants who were faced with such a significant crisis is the wrong thing to do. Graduate school admissions teams should view pass/fail on the transcript as indicative of a student completing the course, and not as less academically admissible, either through explicit policy or on application by application basis.

After months of struggles and confusion, students should be treated with a little more grace when it comes to the sometimes complicated process of credit transfer. At the root of this work is the desire to accommodate students transferring during a challenging time and respecting the work they put in to earn their credits. This way, students are less likely to waste more time and money making up for required or essential credits they lost in the transfer process because of pass/fail policies they may or may not have had any part in.